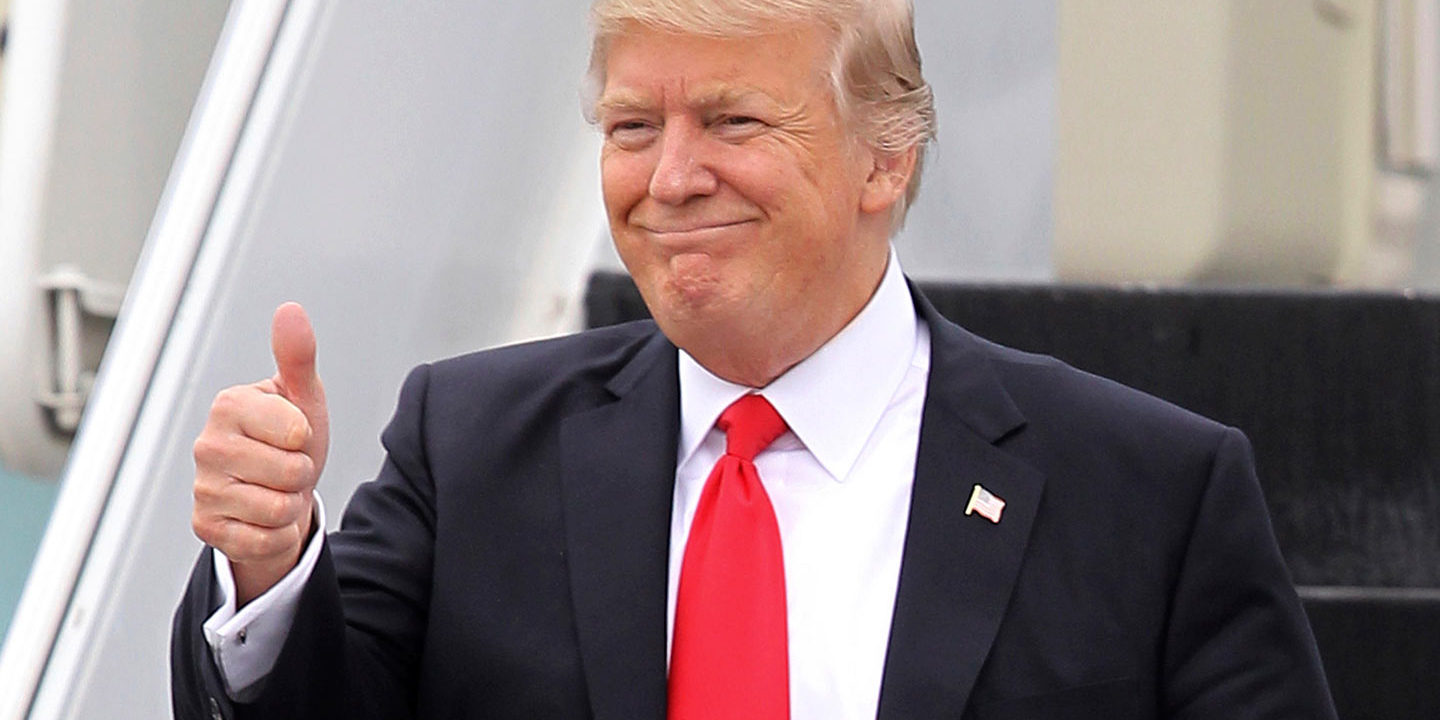 This is why people are so conflicted about Donald Trump, and this is why Ben Shapiro does his “Good Trump, Bad Trump” shtick: Because when he’s good, he’s really good. I don’t know who wrote his proclamation on “Religious Freedom Day,” but Trump hasn’t been this on point since his phenomenal speech in Warsaw, where he defended the much-maligned concept of Christian civilization. Anyway, read it for yourself. It’s worth the time:

Faith is embedded in the history, spirit, and soul of our Nation.  On Religious Freedom Day, we celebrate the many faiths that make up our country, and we commemorate the 232nd anniversary of the passing of a State law that has shaped and secured our cherished legacy of religious liberty.

Our forefathers, seeking refuge from religious persecution, believed in the eternal truth that freedom is not a gift from the government, but a sacred right from Almighty God.  On the coattails of the American Revolution, on January 16, 1786, the Virginia General Assembly passed the Virginia Statute of Religious Freedom.  This seminal bill, penned by Thomas Jefferson, states that, “all men shall be free to profess, and by argument to maintain, their opinions in matters of religion, and that the same shall in no wise diminish, enlarge, or affect their civil capacities.”  Five years later, these principles served as the inspiration for the First Amendment, which affirms our right to choose and exercise faith without government coercion or reprisal.

Today, Americans from diverse ethnic and religious backgrounds remain steadfast in a commitment to the inherent values of faith, honesty, integrity, and patriotism.  Our Constitution and laws guarantee Americans the right not just to believe as they see fit, but to freely exercise their religion.  Unfortunately, not all have recognized the importance of religious freedom, whether by threatening tax consequences for particular forms of religious speech, or forcing people to comply with laws that violate their core religious beliefs without sufficient justification.  These incursions, little by little, can destroy the fundamental freedom underlying our democracy.  Therefore, soon after taking office, I addressed these issues in an Executive Order that helps ensure Americans are able to follow their consciences without undue Government interference and the Department of Justice has issued guidance to Federal agencies regarding their compliance with laws that protect religious freedom.  No American — whether a nun, nurse, baker, or business owner — should be forced to choose between the tenets of faith or adherence to the law.

The United States is also the paramount champion for religious freedom around the world, because we do not believe that conscience rights are only for Americans.  We will continue to condemn and combat extremism, terrorism, and violence against people of faith, including genocide waged by the Islamic State of Iraq and Syria against Yezidis, Christians, and Shia Muslims.  We will be undeterred in our commitment to monitor religious persecution and implement policies that promote religious freedom.  Through these efforts, we strive for the day when people of all faiths can follow their hearts and worship according to their consciences.

The free exercise of religion is a source of personal and national stability, and its preservation is essential to protecting human dignity.  Religious diversity strengthens our communities and promotes tolerance, respect, understanding, and equality.  Faith breathes life and hope into our world.  We must diligently guard, preserve, and cherish this unalienable right.

NOW, THEREFORE, I, Donald J. Trump, President of the United States of America, by virtue of the authority vested in me by the Constitution and the laws of the United States, do hereby proclaim January 16, 2018, as Religious Freedom Day.  I call on all Americans to commemorate this day with events and activities that remind us of our shared heritage of religious liberty and teach us to secure this blessing both at home and abroad.

IN WITNESS WHEREOF, I have hereunto set my hand this sixteenth day of January, in the year of our Lord two thousand eighteen, and of the Independence of the United States of America the two hundred and forty-second.