Will the Liberal obsession with progressive social issues sink Trudeau? 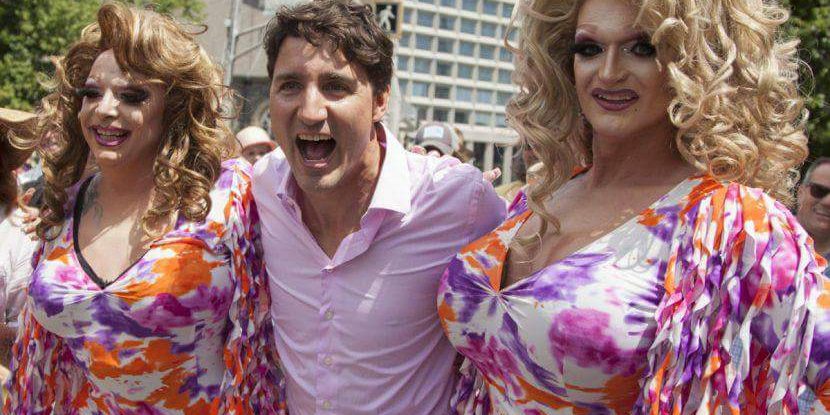 Last winter, I was sitting in the study of the great Albertan journalist Ted Byfield, who is now approaching ninety years old. We were chatting about the state of the culture, and the proliferation of identity politics. Byfield was a bit more upbeat than I was about where some of this was headed. As soon as people start to feel economic pain, he said, they’ll stop caring about these little progressive projects and left-wing social engineering.

That was the analysis of some commentators in the US after Trump’s election, with devout liberals like Bill Maher accusing the Democrats of ignoring the concerns of the working class while devoting enormous amounts of energy to what he called “boutique issues” such as the transgender cause. It’s more complicated than that, of course, but the point remains that it is hard for voters to care about the priorities of progressive iconoclasts when they’re having a hard time paying the rent or the mortgage. And now, there may be some small signs that Byfield was correct in the recent polling on Justin Trudeau and his Liberal Government.

On Wednesday Abacus Data released a huge poll of 4,023 Canadians that found Liberal support has dipped to 36 per cent, the lowest the company has measured since the 2015 election. The Conservatives were on 33 per cent, followed by the NDP on 18 per cent. Most of the Liberals slippage occurred in Ontario and, given the static impressions of Conservative leader Andrew Scheer and NDP leader Jagmeet Singh, it suggests the Liberal dip in support was self-inflicted — and linked to the Prime Minister’s trip to India.

But there is more to the story, Ivison notes. After all, this polling was done after the federal budget was released, when governing parties usually expect a bump in the polls and positive coverage. The budget, which abandons any pretence of fiscal responsibility and instead drives home, over and over again, the Liberal commitment to social engineering, mentions the word “gender” 358 times and includes social justice babble like this line: “At the same time, men and boys also have gendered intersecting identities and experience inequality, and are not all a homogenous group. This work will recognize that gender is not synonymous with women.” Whatever that means. But Canadians may be less impressed by the impeccably progressive budget than Trudeau and his finance minister hoped:

Bruce Anderson, the Abacus chairman and a Canadian polling veteran, said he has noticed a “rising frustration” with the cost of living that is particularly acute in large cities, where the cost of housing has become a pain point.

“It seems especially noticeable for young people who are either rent- or mortgage-stressed, and who find it limiting their ability to enjoy other things in life,” he said.

This has not yet manifested itself in their political choices, but he noted it could have major implications for policies like carbon taxation and pharmacare.

The government appears to be alive to the prospect that its relentless proselytizing on progressive issues like gender and the environment has tried the patience of people who voted Liberal in 2015, but who now feel their wages are stagnating while their expenses are snowballing, with the government not doing much to help.

In other words, when voters are feeling the pinch, they don’t much like to be lectured to about “intersectionality” and other concepts recently cooked up by otherwise unemployable academics. Most Canadians take a blasé attitude towards such things—I won’t care if I don’t have to—but when progressive buzzwords start to replace policy that actually addresses their concerns, they start to feel as if the federal government is prioritizing pet ideologies over fiscal responsibility and the “real change” they were promised.

Trudeau has plenty of time to turn this around before the 2019 election, but finally the hairline cracks in his popularity seem to be spreading and deepening. He does well when he’s grinning to a crowd about the middle class and “real change” and sunny ways, but when he actually has to own up to mistakes or defend his own record, Trudeau and his Liberals seem to either balk, deflect, or fall flat on their faces. As a result, many Canadians are beginning to rethink their initial dismissal of the Conservative attack ads during the last election: Maybe he just isn’t ready.