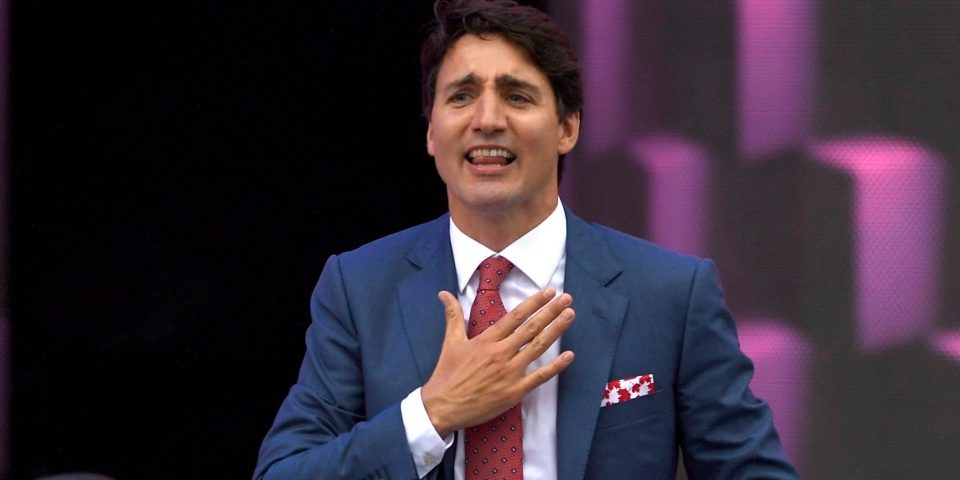 As I predicted, the Canada Summer Jobs funding controversy has not gone away—as John Ivison put it in the National Post put it, “it was merely resting.” Many organizations are now scrambling to figure out how to fund their programs after being denied funding due to their refusal to sign off on Trudeau’s “abortion attestation”—or having decided not to apply in the first place because the attestation violated their consciences. From the Post:

Groups across the country are facing a cash crisis after they were initially rejected for a Canada Summer Jobs grant for refusing to sign a controversial attestation to respect abortion rights.

Millions of dollars are at stake, and some organizations are preparing urgent fundraising campaigns. The federal grants are discretionary, but many groups have received the funding every year for a decade or more. In effect, they feel they’re being defunded for refusing to sign the attestation that says their “core mandate” must respect abortion rights, along with other rights around sexuality and gender.

Service Canada has told the groups they can resubmit with the full attestation, and some are making a second try by requesting accommodation for their religion and conscience. But unless the government backs down, their applications will be rejected again.

For the Catholic Archdiocese of Toronto alone, the impact on their nearly 30 parishes and charities is $1.1 million in grant applications. “We’re kind of in limbo right now, but obviously making contingency plans,” said spokesman Neil MacCarthy…

Conservative MPs have posted letters about the attestation from all kinds of groups, not just churches. The Great Lakes International Air Show wrote to Ontario MP Karen Vecchio to say its board had decided it couldn’t sign. Loon River First Nation wrote to Alberta MP Arnold Viersen to say it can’t sign the attestation because it discriminates “based on values held by the applicant.”

Keep in mind that many of those who have been protesting this attestation have not been doing so on partisan grounds—in fact, many of them are from religious groups and communities that have traditionally been Liberal-friendly territory. By making this move, Justin Trudeau is signalling—whether he wants to or not—that these religious groups and communities have beliefs that are incompatible with the ideology of the Liberal Party. Many people are realizing, for the first time, that the Trudeau Liberals are okay with virtue-signalling about diversity and nodding towards religious tradition, especially if it involves the Prime Minister wearing various costumes, but when push comes to shove—their beliefs are not welcome and are even considered by Trudeau to be “un-Canadian.”

According to John Ivison, even many Liberals are privately grumbling that the attestation constituted another colossal cockup by the tone-deaf Trudeau and his Minister of Employment:

Privately, many Liberals are shaking their heads when asked why Hajdu has refused to soften the government line on the checkbox. A number remain quietly pro-life, and there will be some sympathy on the Liberal benches for the Conservative position.

Their disenchantment is understandable. While it’s true that a Liberal victory in 2019 relies on strong support from women, it also depends on the backing of large numbers of Catholics, Sikhs, Muslims and Jews. Their leaders are united in little other than the belief in salvation through faith — and agreement that the Summer Jobs Program attestation is a rotten idea…

The Conservatives were not averse to directing funds toward their own hobby horses while in power. But Scheer maintains the Liberal manoeuvre is different and sets a dangerous precedent. “The state has no place in the conscience of the nation,” he said. “If we grant government the power to do this, it could be used to determine which groups get charitable status. We have to be vigilant and we can’t allow the government to infringe on the Charter.”

He’s right. In the vast majority of cases, these summer jobs have nothing to do with abortion. The attestation is over-broad and, in all probability, unconstitutional. The Liberals have overplayed their hand by suggesting everyone who has problems with ticking a box, saying they agree with a woman’s right to abortion, is actively working against reproductive freedom, as Hajdu did.

I spoke to a Baptist pastor in Nova Scotia who said that in order to access the funding he has received in previous years, he now has “to agree with a part of the ideology of the Liberal Party of Canada.”

If the government is in danger of losing the support of Baptists, Catholics, Sikhs, Muslims and Jews, particularly in Ontario, it would represent a grave threat to its prospects of re-election. The caucus acts as an early warning system in these situations and it will be interesting to see if any Liberal MPs are bold enough to vote with the opposition on Monday.

However unlikely that may sound, it may be that the only thing that will shake Hajdu from her dogmatism is seeing her caucus colleagues rise in support of a Conservative motion.

Justin Trudeau, of course, won’t back down. The one thing this government has been consistent on is their inability to admit when they’ve made a mistake and their aversion to taking ownership of problems they have created—after all, this is the government that was willing to create a diplomatic crisis with India rather than admit that someone screwed up and invited an attempted murderer to dinner with the prime minister in that country. Trudeau is going to stick to his guns regardless of the cost.

And the cost may be higher than he realizes. As Ivison noted:

The death of the summer jobs story has been greatly exaggerated. It won’t quickly be forgotten, or forgiven.