Worshiping the corpses of dead dictators 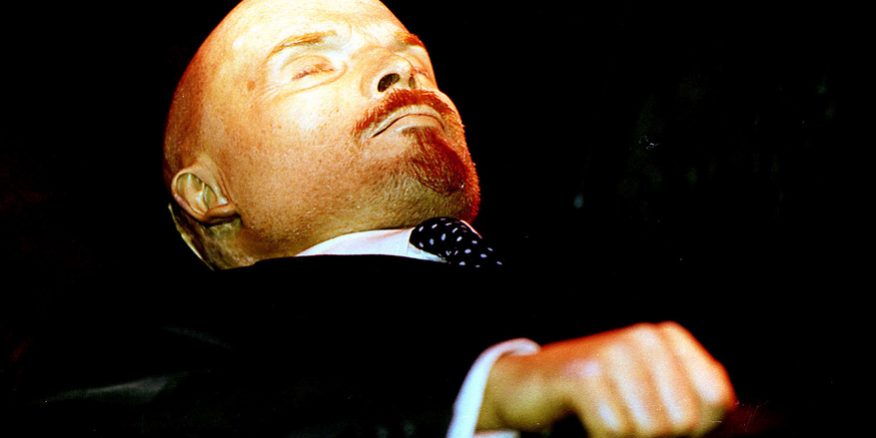 Earlier today, my friend and I headed through Red Square and descended the steps into the Mausoleum of Vladimir Lenin, one of the key architects of the Russian Revolution—and a man considered so indispensable that he was never buried. Instead, his corpse was embalmed and placed in a sarcophagus where people can still view him, lying in state nearly a century after he died at the young age of 53 from a series of massive strokes. I counted a total of eight guards posted throughout the tomb—the slightest of whispers, and they instantly hush the visitors fiercely. Solemnity and respect are required.

It is surreal to be looking at the face of a man who was responsible for so much evil and has been dead and gone for so long. Lenin is pale and almost waxy-looking, although his fingernails have begun to turn brown. A fortune has been spent attempting to keep Lenin’s corpse from decomposing, and the Russian government is apparently still spending millions of roubles to keep the body presentable. All these years later, Lenin’s services are still required—his face is almost omnipresent here in Russia.

The only other thing I’ve seen that compares for bizarre morbidity is the corpse of Mao Tse-Tung, which is also on display in an enormous mausoleum in the center of Tiananmen Square, lying in a crystal coffin. His body is also guarded by armed soldiers, and while I was there, hundreds of people were leaving white flowers in the foyer. As they passed the dead dictator, many of them bobbed their heads in what looked to be almost a genuflection. In an atheist Communist country, people show up to worship a dead leader.

Lenin and Mao aren’t the only leaders on display, either. Venezuela’s Hugo Chavez has been stashed in the Museum of the Revolution, where people can still gawk at him. Both Kim Il-sung and Kim Jong Il were embalmed and their bodies are still available for public viewing. Ho Chi Minh is on display in Hanoi in an mausoleum modeled after Lenin’s. Joseph Stalin was put on display next to Lenin for ten years after his death, but was hastily buried one night after it was decided that his cult of personality needed to be crushed. Based on the fact that his was the only grave with piles of flowers on it when I walked past today, it seems that the cult lives on.

It is irony that atheist Communist regimes have the need to revere someone and worship something—and so their dead leaders are pressed into service as the golden calves of the godless. Mao and Lenin, after all, did not want to be embalmed and put into showcases. Mao wanted to be cremated, and Lenin wanted to be buried next to his mother in St. Petersburg. But they are needed as the figureheads of an entire belief system, and so their wishes were ignored and their corpses are placed in public, where people show up to perform acts of masochistic worship to some of history’s greatest mass murderers.