Trudeau’s contempt for ordinary Canadians is starting to hurt him 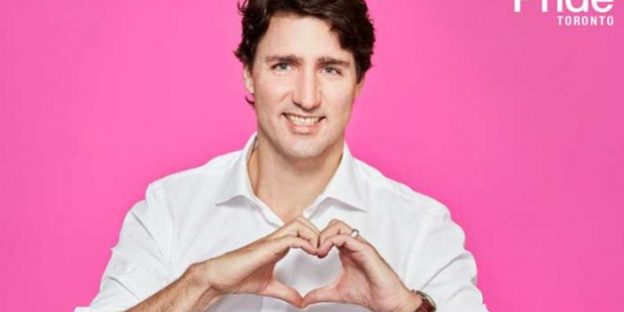 The Liberals are scrambling to regain control of the narrative and present themselves as champions of the middle-class, and it is not working very well. This should be no surprise—Trudeau himself is a second-generation trust fund beneficiary, and Finance Minister Bill Morneau is so rich he forgets about little villas that he owns in the French countryside. But the last few months seem to have widened the chasm between Trudeau and ordinary Canadians.

There is the ongoing debacle over the Canada Summer Jobs Program “abortion attestation,” which I’ve written about a couple of dozen times in this space. The Conservatives are now putting out attack ads highlighting to religious Canadians the Trudeau “values test” and his arrogance in forcing his views into formerly neutral government programs.

After losing it on a rural MP who questioned the Liberals’ new gun control legislation, Trudeau rolled out a bill that targets lawful gun owners—primarily rural ones—and proved that he had no idea what he was talking about. On Twitter, he claimed that gun purchasers don’t have to show their gun license at the point of purchase, which they do. But I suppose Trudeau figures he isn’t going to get that many rural votes anyways, so he can pretend he is addressing gun deaths and gang violence while instead making life more difficult for farmers and ranchers.

The Liberal government’s disdain for rural Canadians was defined even further by a new policy that allows surprise inspections of farms and other agricultural establishments—including, according to MP Arnold Viersen, further dangerous invasions of privacy. “Justin Trudeau has authorized government officials to enter farm family homes, even if no one is home,” he wrote on Facebook, “and search for and download documents from personal computers….. WITHOUT A WARRANT! This is outrageous and dangerous. This is a violation of privacy and personal freedom! I will fight this!”

And then you have the Liberal move to make government gender-neutral, axing discriminatory terms like “mother and father” and replacing them with “parent 1 and parent 2” as well as offloading other terms that could (apparently) prove offensive to a tiny minority, including Mr., Mrs., and even Ms. Several smarmy radio hosts have suggested that perhaps we just level the playing field by calling each other all comrade.

And of course, the fallout from Trudeau’s prance across India dressed up like a Bollywood backup dancer still isn’t over, either. The Conservatives are still trying to force the federal government to explain what the entire Atwal affair was all about, considering the fact that the Liberal government has poisoned Canada’s relationship with India by insinuating that perhaps the convicted would-be assassin was let into the country and showed up at the dinner with Trudeau because the Indians wanted to embarrass him. That would make no sense, of course, since Trudeau was doing a bang-up job of embarrassing himself.

The mainstream media seems to have turned on him, too—at least for now. Don Martin on CTV penned a scathing analysis of Trudeau’s performance, excoriating him for letting political correctness dominate his government’s agenda:

Amid a clear meltdown in Liberal government poll support, new moves on gender and tolerance issues were met by a head-shaking, eye-rolling, derision-snorting reaction from a public fed up with the excess of it all. The government’s proud plan to road-trip consultations on racism, with an eye to infusing every policy with anti-discrimination measures, was quickly put on ice. Quebec MPs in the Liberal caucus sounded the alarm about the perils of cross-Canada hearings whipping up Islamophobia or worse…

The message seems to be finally getting through: Justin Trudeau has become so identified with kumbaya peoplekind priorities that he’s lost the appearance of leading a serious government. After all, the budget bellyflopped into a mosh pit of multi-billion-dollar gender measures that will do nothing to help a working mother if she can’t find or afford child care.

That followed Trudeau’s heavily-costumed India tour with a cast of Indo-Canadian MPs in tow (minus his white foreign affairs minister) which was visual confirmation of a prime minister who valued symbols over deliverables. And this all plays out to the ongoing soundtrack of appointments guided exclusively by gender, ethnic or indigenous criteria; where anti-abortion positions are deemed anti-Liberal; and where the world’s most dangerous peacekeeping assignment is sold as a gender-boosting exercise.

Martin’s conclusion? Voters are going to make Trudeau pay for this. They’re sick of being lectured. Justin Trudeau took his majority-government win not as a mandate for the deficit-driven economic program he’d pitched to voters, but instead as a mandate to transform Canada in his own progressive image. Trudeau made the mistake of thinking that most people think like him. As it turns out, his tanking poll numbers indicate otherwise.