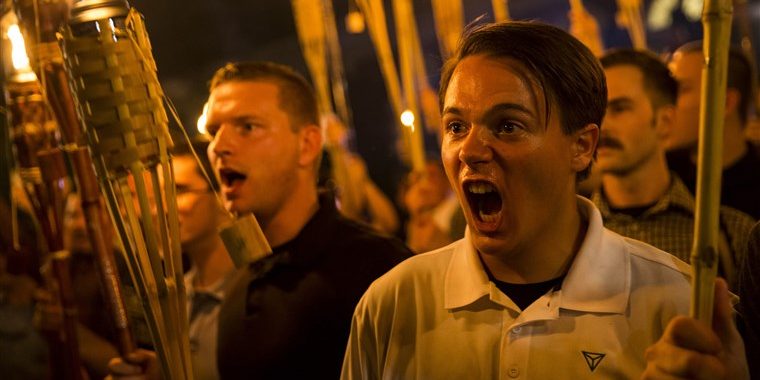 Mary Eberstadt is one of the best writers on the impact of the sexual revolution in the English language, and her new book Primal Screams: How the Sexual Revolution Created Identity Politics, is absolutely essential reading for anyone who wants to truly understand the forces that shape our society today. A series of essays based on research Eberstadt has been conducting for several years now, Eberstadt manages to accomplish what no scholar writing on these subjects yet has: A comprehensive and persuasive explanation for our current political upheaval. Eberstadt was kind enough to join me for an hour-long interview to discuss her theses (our conversation will air on The Van Maren Show next week), and I wanted to draw attention to a few of her key observations.

Eberstadt’s book is so powerful precisely because she manages to shed light on so many of the confusing cultural trends that have captivated the political conversation. The fact that human beings are social beings and that our social bonds have been severed, ruptured, and torn apart over the past sixty years, she notes, is a cataclysmic change so obviously worthy of study that only ideological commitments are keeping us from recognizing the obvious: that these are consequences that “have been visited on Homo sapiens since we made ourselves exceptions to rules that are part and parcel of the survival strategy of fellow creatures.” Human beings cannot transcend the created order without facing the ugly effects.

Identity politics, she writes, are not simply some fresh, new form of political tribalism. In fact, she points out, even the word tribalism indicates that one has a family—and today’s tribalism is largely driven by the fact that people do not have families. The massive family breakdown that has swept the West, accompanied by widespread abortion, fatherlessness, shrinking families, and other new “norms” has resulted in what she calls “the Great Scattering,” and today’s identity politics are one consequence of all this. To give a little context for just how ruptured we have become, Eberstadt points out that we have never seen these level of social disruption in the history of civilization outside the context of warfare or natural disaster.

In short, she notes, identity politics—including white identitarianism—is “the screaming bastard child of the birth control pill.” Behind the rage that slips the bonds of reason, beyond the convoluted junk theories emanating from recently-invented university departments, “the question Who am I is now one of the most fraught of our time. It has become like a second skin—something that can’t be sloughed off, or even scratched, without excruciating pain to the subject.” As I wrote when my daughter was born, I have never had to ask who I was—I grew up in an enormous family, and thus I was born into a tribe filled with cousins, uncles, aunts, siblings, and grandparents. Today, however, most people do not have that rare privilege.

While there are obviously other contributors to identity politics—and Eberstadt points to the Internet as the “gasoline on the flames” and notes the contribution of globalization to the Great Scattering—this primal scream, this “preeminent emotional howl of our time” demanding to know the answer to the question Who am I is a result of “familial destruction [that] has given rise to new social survival strategies, as people unmoored from kinship identity seek substitutes that will do what organic families exist to do (i.e. protect the individuals included in them.)” The sexual revolution promised freedom, but has instead destroyed the context in which freedom and safety flourish. Human beings are social beings, and thus identity politics is serving as a replacement for the social structures that we destroyed and abandoned.

The sexual revolution and social destruction that followed has ensured that these primal screams cross all lines and ideological divides, from black feminists who see the absent black fathers as their enemies to the racist white identitarians who seek the tribe they were denied by the social atomization that the sexual revolution bequeathed them. The rage, the sense of being lost, the desire for a tribe to identify with: These are things that nearly all of the various groups that make up the new patchwork of identity politics share. People can no longer respond to basic questions that anyone could once answer, such as “Who is my brother? Where, if anywhere, are my cousins, grandparents, nieces, nephews, and the rest of the organic connections through which humanity now channeled everyday existence?” If they are gone (and they so often are), human beings—as social beings—must find replacements. It is stunning, Eberstadt writes, to consider that an illiterate peasant in the Middle Ages was more equipped to answer those questions than most inhabitants of the West today.

Additionally—and this is something she dealt with at length in her book How the West really lost God—for centuries people could answer the question “who am I” with “a child of God”—that is, someone created in God’s likeness and image. This, too, is now largely gone. One particularly excruciating symptom of this is the rise of loneliness, which is now nearly omnipresent (as a quick Google search for “loneliness studies” will prove.) Eberstadt points to the hundreds of elderly people who died in the 2003 heatwaves in France, with many of the bodies not being discovered until later because nobody bothered to check in on them (Ben Sasse described the death toll from the Chicago heatwaves in his latest book to make the same point.) One of her observations punched out at me: These elderly men and women, materially speaking, had everything but the one thing most aged parents could count on for thousands of years: Loved ones who could bear them to safety.

These primal screams are at the root of other trends, as well. The bizarre howls of rage over “cultural appropriation,” for example, are rooted in deep insecurity, the cries of genuinely desperate toddlers insisting that something is Mine! Mine! Mine! These emotional reactions, Eberstadt writes, are pre-political and pre-rational. They come from a deep longing and fear over identity, and frame these longings and these fears in political terms in order to attempt a coherent expression of the source of their anger. Not incidentally, mental illness and narcissism are both sharply on the rise amongst the young, with one expert theorizing that the ubiquity of social media and the collective trauma of school shootings being two potential factors. But the music of the generation that grew up as social bonds ruptured around them, Eberstadt writes, tells the story: From Eminem to Blink 182 to Pink, child dysfunction and broken families and parents with different last names are the primary subjects. Children of divorce suffer horribly, and parents who deny this are simply lying to themselves.

Eberstadt also takes a look at androgyny—moving away from both genuine masculinity as well as genuine femininity and towards a genderless center—as a campaign that began in the Sixties with the attempts (pioneered by the fashion industry) to blur gender lines with the introduction of unisex clothing like jeans that is now reaching its logical end point with gender fluidity and dozens of new genders. Interestingly, Eberstadt writes, broken families have contributed enormously to gender confusion, as fathers have fewer sons and thus often treat daughters as boys (she recounts fathers screaming at their daughters from the stands during sports games to act more aggressive, more assertive, more…male) and boys often grow up without fathers, growing to despise men due to paternal absence and seeing single mothers (understandably) as heroes. Men are often demonized, but nobody is bothering to teach boys how to be men in the first place. This, incidentally, explains the meteoric rise of Dr. Jordan Peterson.

The treatment of genuine masculinity—as protectors and providers, for example—as toxic and the simultaneous removal of the boundaries on sex leading to the breakdown of family has also spawned a much angrier feminism. Eberstadt mentioned the ugly crudeness and molten wrath of the Women’s March (which I witnessed myself) and pointed out that the feminists are right about the fact that the world is a more dangerous place for women, especially due to the skyrocketing ubiquity of violent porn, savage material that a generation of fatherless boys are being weaned on. This is something I have been writing about almost weekly for several years now, and my only complaint about Eberstadt’s observation is that she could have taken it even further. This brash anger, she writes, is a survival mechanism—but the sick irony is that the feminists are blaming the “patriarchy” and the very family system that provided safety and security—because nobody can question the sexual revolution. Their guns are pointed in the wrong direction.

One of the key consequences of family breakdown that has gone largely unremarked on, she writes, is the collapse of social learning. Parents, siblings, families—these are essential to our socialization, and when we lack these people, we see children lack knowledge their parents would have seen as obvious. The #MeToo movement, she pointed out, highlights a great breakdown in social learning: Men and women not understanding each other and basic boundaries (the social learning men have received from porn has a lot to do with this, as well.) Where were the male role models teaching these men not to be pigs, or which behaviors were acceptable and unacceptable? Conversely, where were the people who should have taught young women that going up to your boss’s suite in the middle of the night is a terrible, dangerous idea? And finally, where were the brothers, the fathers, the uncles, willing to step up to protect these girls?

In conclusion, Eberstadt notes that she is not attempting to push forward any political policy solution, only to begin a frank and informed conversation about the rise of identity politics and its roots in the sexual revolution. However, she points out, as long as the Left refuses to reconsider any of the tenets of sexual liberation and declines to grapple with any of the social effects that have caused such devastation, they cannot be part of the solution. The sexual revolution may have given people freedom, but what it took away was far more precious: a sense of belonging, identity, and families filled with siblings, cousins, and other relatives. This way of life is so scorned and even demonized that many of the bitter, angry young people marching to the trendy tune of the latest Pied Piper do not even realize that their primal screams are howls of longing for the very things many of them claim to despise.