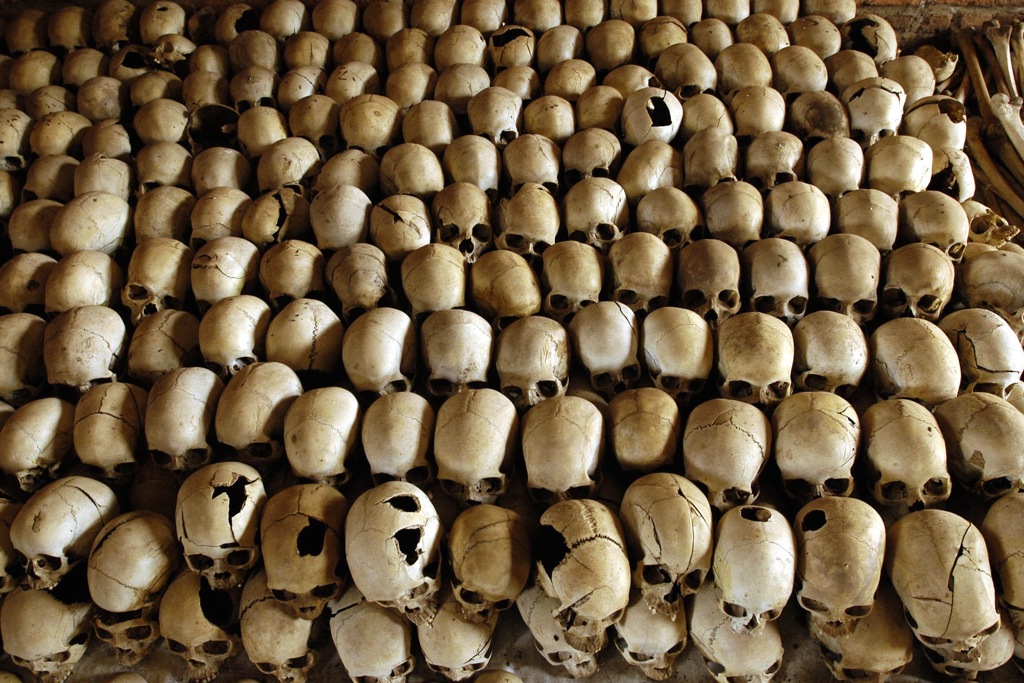 Skulls of victims of the Ntarama massacre during the 1994 genocide are lined in the Genocide Memorial Site church of Ntarama, in Nyamata 27 February 2004. In the Bugesera province, where the small town of Nyamata is located, the 1994 Rwandan genocide was particularly brutal. Among the 59.000 Tutsis who lived in the province, 50.000 were killed during the genocide, and among them 10.000 were slain in the church. AFP PHOTO/GIANLUIGI GUERCIA (Photo credit should read GIANLUIGI GUERCIA/AFP/Getty Images)