Why do pro-lifers who adopt liberal positions often forget what it means to be pro-life? 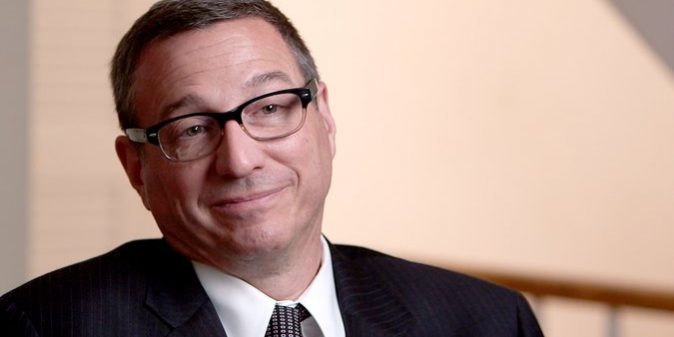 September 18, 2018 (LifeSiteNews) – In 2015, a documentary on gun violence in America titled Armor of Light was released, directed by Abigail Disney and promoted as the riveting story of an evangelical pastor who confronts his Second Amendment-loving community on the truth about guns. According to the film’s website, the story “tracks Reverend Rob Schenck, anti-abortion activist and fixture on the political far right, who breaks with orthodoxy by questioning whether being pro-gun is consistent with being pro-life.”

Fast-forward to 2018, and the Reverend Rob Schenck is now a former anti-abortion activist, and has appeared in a propaganda video for the progressive outfit NowThisPolitics explaining why, after years of frontline activism with Operation Rescue and other organizations, he has changed his mind about abortion. It apparently has something to do with him realizing that if he had been a woman in a certain situation at a certain point in his life, he might have had an abortion. The logic is rather bewildering, as is the fact that he’d never tried to put himself in the shoes of a woman considering an abortion until after decades of activism. His change of mind is utterly incoherent, as is his decision to allow the abortion activists to weaponize him against his former friends.

But it is not the incoherence of Schenck’s transformation that struck me most—it is the fact that for some reason, Christians who become liberal seem so prone to these transformations. If you believe that human beings are created in God’s image, then abortion—a grotesquely violent procedure that reduces that developing human being into bloody slurry—must be considered our society’s ugliest and most pervasive evil. But for some reason, when Christians begin to adopt liberal positions on a variety of issues, they often seem to abandon their pro-life position—or at least downgrade it as a matter of third or fourth-rate importance.

The Reverend Rob Schenck is just one example. The gun issue isn’t even one that I really care about—I’m the kind of guy who got a license to purchase and use restricted firearms years ago and still hasn’t gotten around to buying one. It’s the simple fact that Schenck started off by insisting that if you were “pro-life,” you must also necessarily be anti-gun—an obviously illogical position regardless of your opinion on how far-reaching the Second Amendment should be—and then decided that he was rescinding his previous position opposing the killing of pre-born children in the womb, thus rendering the entire point of his soul-searching documentary entirely moot.

I’m always suspicious of Christians who begin to use the term “pro-life” to encompass a wide variety of issues because invariably, they are only doing this in order to accuse pro-life activists of being inconsistent or not paying attention to some issue they’ve recently decided to care about. The motive of these Christians is also suspicious to me for a variety of reasons, the most prominent of them being the fact that they seem to get extraordinarily exercised about battles that are almost by definition never-ending and impossible to win, such as climate change and white privilege and an ever-multiplying plethora of phobias—and these concerns almost always seem to replace concerns about the butchered babies cooling in dumpsters across the cities and towns that they inhabit.

Next come the equivocations, where liberal Christians justify voting for politicians who have spent entire careers advocating for feticide as an unalienable right and in many cases (this is certainly true of the left-leaning parties of both the United States and Canada) are explicitly anti-Christian. It seems rather convenient to me that just as many Christian beliefs become unpopular, a large number of Christians have abruptly switched loyalties and are now passionate about sexier, more popular causes. Some of these causes are perfectly reasonable, but I can’t help but notice that the weak and vulnerable pre-born children who are defended by a very few are abandoned by these Christians in favor of the same causes trumpeted by multi-billionaires, decadent celebrities, and virtue-signaling progressive politicians. Fighting the power has never looked so good.