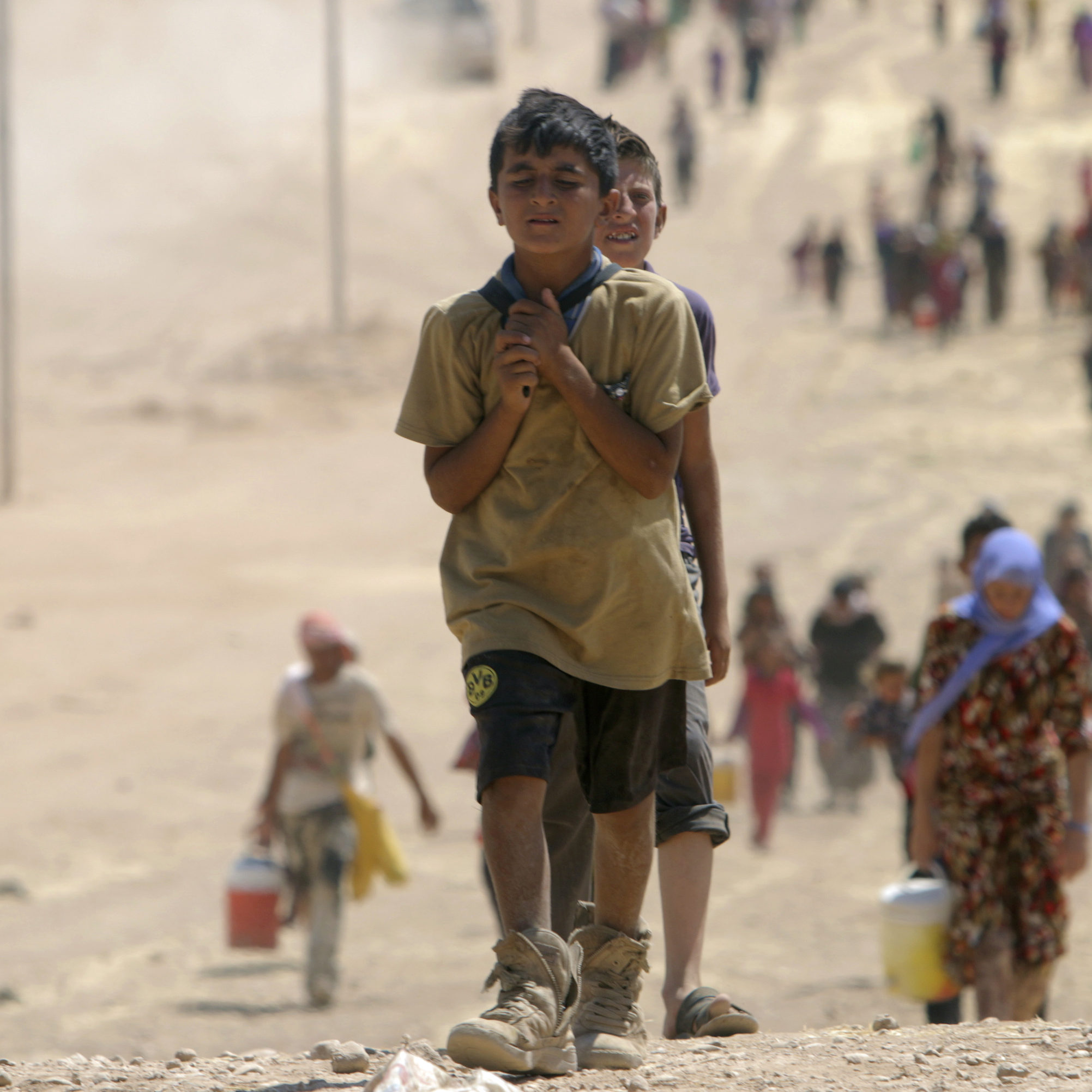 Children from the minority Yazidi sect, fleeing violence from forces loyal to the Islamic State in Sinjar town, make their way towards the Syrian border, on the outskirts of Sinjar mountain, near the Syrian border town of Elierbeh of Al-Hasakah Governorate August 10, 2014. Islamic State militants have killed at least 500 members of Iraq’s Yazidi ethnic minority during their offensive in the north, Iraq’s human rights minister told Reuters on Sunday. The Islamic State, which has declared a caliphate in parts of Iraq and Syria, has prompted tens of thousands of Yazidis and Christians to flee for their lives during their push to within a 30-minute drive of the Kurdish regional capital Arbil. Picture taken August 10, 2014. REUTERS/Rodi Said (IRAQ – Tags: POLITICS CIVIL UNREST CONFLICT) – RTR41ZBU