What the last American Civil War tells us about this one 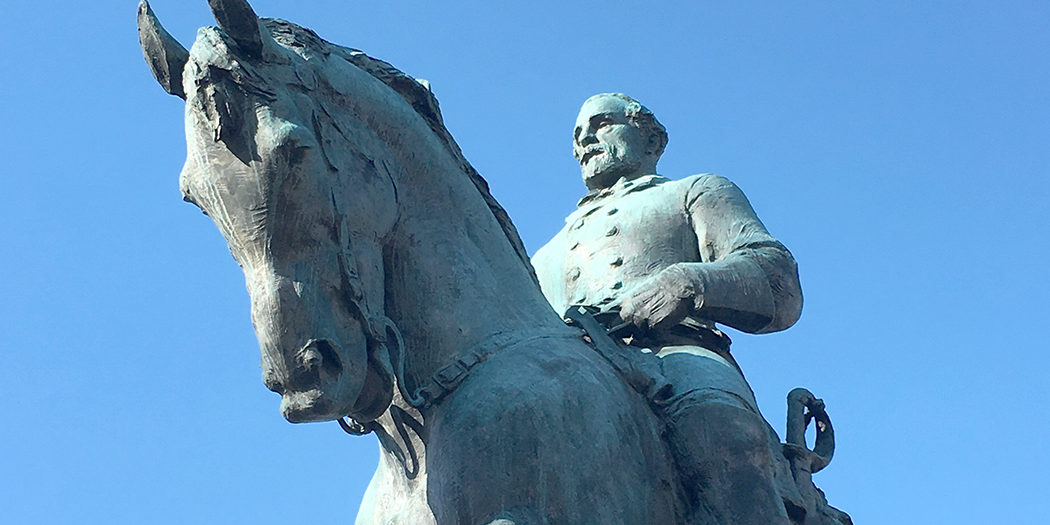 Like millions of other people, my first fascination with the epic struggle between the American North and South began when I watched Ken Burns’ magnificent documentary series, The Civil War. The interest sparked by Burns’ masterpiece led to a period where I read everything I could get my hands on, from the memoirs of Frederick Douglass to tomes on Robert E. Lee, which led in turn to road trips with my brother from the battlefields of Gettysburg to the site of the massacre at Antietam. The complicated and fascinating Abraham Lincoln has long been one of my heroes, and I visited the box at Ford Theatre where he was shot, the room where he died, and laid an American flag at his grave in Springfield, Illinois.

But it was a few years before I would be introduced to a raging debate going on about the American Civil War, which some folks—generally descendants of the losing side—insist on calling “the War of Northern Aggression.” In Gainesville, Florida, I debated a fellow pro-lifer who insisted that the war had been over independence and had nothing to do with slavery and that Lincoln had been an evil tyrant. At the home of a wealthy Republican in Richmond, Virginia, where busts of Confederate generals were mixed in with photos of my host with Newt Gingrich, George Bush, and a host of other important politicians, I confronted the same argument. When I pointed out that the war was about secession, but that the Confederate states had only seceded in order to protect their right to own slaves, I received much sputtering in response.

Now, of course, symbols of the Confederacy have become a lightning rod in the new American Civil War. Some Southerners are upset that the banners their ancestors fought under are being treated like Nazi swastikas and that statues of generals they revere are being torn down. Some African American Southerners are making the point that the Confederate battle flag was a symbol of oppression, considering that it was hoisted over troops who were fighting for the survival of a nation created to protect the right to own slaves. Regardless of whether that was their personal motivation for fighting—many of them were genuinely fighting to defend their own states—that fact is unavoidable. And then there are the ethno-nationalists, who are doing nostalgic Southerners no favors by flying the Confederate flag alongside the Nazi one at alt-right rallies.

I recognize that the main point of contention here is whether the South fought a war over their right to secession or whether it was over the right to own slaves. The obvious historical answer is both: They seceded in order to maintain the right to own slaves. Any cursory reading of the historical record reveals that to any fair-minded observer. In fact, there’s a simple way of identifying why the Confederate States seceded (beyond the hundreds of statements Confederate leaders made themselves at the time): Simply take a look at the differences between the Confederate Constitution and the US Constitution they fought to separate themselves from.

It is that often-ignored fact that makes the fundamental premises of Confederate apologists so ridiculous. In order to give the historical revisionists a fair hearing, I took the time to parse through the paleo-Confederate handbook earlier this year, The Politically Incorrect Guide to the Civil War by H.W. Crocker III. One chapter, which is marketed as a “devastating” riposte to the Yankee Lincoln-lovers, is titled “What if the South had won?” The entire premise of this chapter is the convenient little fiction that Confederate apologists seem to think is the key to winning their argument: That the CSA would have inevitably ended slavery eventually anyways, and thus the Civil War was simply an atrocity perpetrated by the North, and hundreds of thousands of people lost their lives for nothing. After all, Crocker et al point out, other Western nations ended slavery peacefully.

It’s hard to imagine where the evidence for such a baseless claim comes from (although Crocker quite literally uses a fictional alternative-history novel to buttress his point.) After all, why would the CSA voluntarily give up an institution they’d just seceded to maintain? Or if they’d won the war early on—why would they abolish slavery when they’d just proved their willingness to go to war to keep it? Crocker makes much of the fact that several notorious Supreme Court decisions had ruled slavery constitutional, thus making the Emancipation Proclamation unconstitutional (the infamous “but it was legal!” argument). But he conveniently ignores the fact that the Confederate Constitution itself declared that banning slavery would be unconstitutional. Thus, the central premise of Confederate apologists—that the inevitability of the CSA abandoning slavery peacefully rendered a war unnecessary—cannot possibly be proven by any of the available evidence.

To take it a step further, the very assertion that slavery could “end peacefully,” but later, is an interesting one that is indicative of the writer’s mindset. Peacefully for who, one might ask? Peaceful for the black families being split up, with many husbands and wives and sons and daughters never seeing one another again? Peaceful for the women being raped by slave owners, giving rise to an entire market dedicated to slave women who were more white than black? When would it be “reasonable” to end the forced “breeding” of slave women with men selected by their owners to produce “good stock” (so chillingly described in Ned and Constance Sublette’s 2016 work The American Slave Coast: A History of the Slave-Breeding Industry)? When would be soon enough for the men and women being flogged, branded, or tortured? Or those being worked into an early grave?

Confederate apologists, Crocker included, make the case for Southern independence by completely ignoring the African American population of the South, which was nearly 40% of the total population—3.5 million of the 9 million Southerners in the CSA were slaves, although when Crocker et al refer to “Southerners” they are often omitting African Americans from this designation. They seem to be oblivious to the palpable irony of their windy protestations of Union crimes against Southern liberty and their eloquent defences of the right of the Confederacy to live in freedom while multiple millions groaned in chains within the CSA, a nation created on the premise that those slaves could never be freed.

Nobody is saying that all Southerners were guilty of these atrocities. In fact, a good case could be made that poor Southerners died in droves on the battlefields to protect the so-called right of a handful of wealthy planters to hold slaves and accumulate more wealth—slave owners, after all, were explicitly exempted from military service. Those impoverished Southerners, ironically, were the men most hurt economically by slavery. It is possible to recognize that the founding documents of the Confederacy were racist propositions designed to keep millions in slavery while also recognizing that tens of thousands of men felt they were simply defending their homes from Northern invaders. History is messy, and a clear-eyed recognition of what took place does not have to be a repudiation of courageous ancestors.

And it is also true that there were many devout Christians among the Confederate officers and soldiers, not the least of which was Stonewall Jackson, who broke the law back in his hometown to educate African-American children and teach them to read–and even mailed back money from the battlefront to ensure this work would continue. This is often brought up by Confederate apologists, as if the presence of Christian men in the Southern armies meant that the cause they fought for was Christian, too. But chivalry and courage and the presence of good men are not relevant to whether the Confederate cause was a good or an evil one—and by any reading of the Confederate Constitution, it was unarguably an evil one. That is the Constitution that the Confederates died to defend, regardless of whether individual soldiers and officers had ever read it.

And again, it is an often-ignored fact that the slaves of the South, too, developed their own Christian culture despite their captivity. One prominent example of this culture is the music they created, out in the fields and in their shabby cabins. “The negro spirituals,” wrote Whitaker Chambers, “were created in direct answer to the Psalmist’s question: How shall we sing the Lord’s song in a strange land? For the land in which the slaves found themselves was strange beyond the fact that it was foreign. It was a nocturnal land…alive with the elements of lonely beauty, except compassion. In this deep night of land and man, the singers saw visions; grief, like a tuning fork, gave the tone, and the Sorrow Songs were uttered.”

The final tactic of Crocker and the Southern apologists is to highlight the fact that many of those on the Union side were indifferent to slavery or even supportive of segregation. Considering that this was the 1860s, this is not surprising in historical context and certainly adds nothing to the debate over why the Civil War was waged in the first place. Many Southerners were not personally fighting for slavery, and many Northerners were not personally fighting to put an end to it. The personal views of the boys in blue do nothing to change the words of the Constitution of the Confederate States of America, just as the good moral character of some Confederate generals do nothing to change it. The South seceded to preserve the right to own slaves, and upon seceding promptly drafted a constitution nearly indistinguishable from the US Constitution except for the permanent protections granted to slavery.

It’s unfortunate that symbols of the Confederacy are being used by the alt-right and other white supremacist groups, because they are further politicizing artifacts that might have eventually lost their ideological potency. Unfortunately, the booming cottage industry of revisionist historians and paleo-Confederates who insist that the Civil War only became about slavery when Abraham Lincoln used the Emancipation Proclamation to keep Europe from siding with the South also ensure that reconciliation is impossible. Their version of history completely ignores the culture and experiences of 3.5 million enslaved Southerners, and instead mourns the passing of the gallant planter class, who had time for their much-lauded chivalries because of the forced labor they used to accumulate their wealth.

It’s rather jarring to consider the fact that a debate about the origins of a conflict that began 157 years ago is still partially responsible for informing events unfolding on American streets today. For that reason, the debate is a significant one, and those who engage in it have a responsibility to analyze what took place honestly, even when it is painful. It’s ironic that while battles rage over monuments to the great General Robert E. Lee, the man himself probably would have opposed statues of himself—after all, he believed that the proliferation of war monuments simply served to sow division. “I think it wiser moreover not to keep the open sores of war,” he said, “but to follow the examples of those nations who endeavored to obliterate the marks of civil strife and to commit to oblivion the feelings it engendered.”

Lee’s wishes seem further than ever from coming to pass, with left-wing thugs and alt-right thugs battling it out in the streets of Charlottesville, resorting to violence to duke out their differences. Gallantry is gone, chivalry is gone, and good causes seem to be in short demand. So perhaps the history of the first Civil War can offer us something else. Perhaps we can find inspiration in Robert E. Lee’s longing for unity, in Abraham Lincoln’s fervent prayers for the boys of both sides, and in the determination of many great men not to succumb to hatred. History is messy, and so are men. But always, we can learn from their experience and their example.