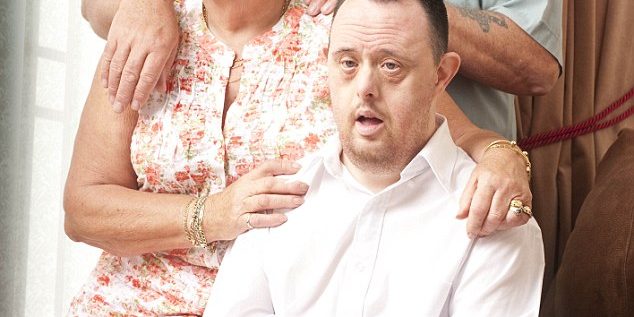 Confessional columns have become trendy over the past several years, with an atomized society fueled by social media becoming increasingly comfortable with sharing intimate and even shameful facts about their lives. Some publications (like Vice) almost specialize in these sordid, first-person revelations, detailing everything from sexual experiences to the committing of shameful deeds (or both.) Reality television and the relentlessly public nature of the way even ordinary individuals choose to live out their lives on the Internet demands that people place themselves within their writing, and if at all possible shock and perhaps titillate their audience.

And that has led to a sub-genre of these writings that is downright dangerous: The “I would have aborted my child if I had known” columns. The latest of these comes from a British woman named Gillian Relf in the Daily Mail, titled “’I wish I’d aborted the son I’ve spent 47 years caring for’: It’s a shocking admission, but read on before you judge.” You’re supposed to read on, presumably, so that you will understand why she wishes she’d gotten rid of her son Stephen before birth, and that eventually you will empathize with her and agree that abortion would have in fact been the right solution to her child with Down Syndrome. She begins her column thusly:

The pilot had been very patient but, after an hour of the plane waiting on the Tarmac at Heathrow, with my son Stephen refusing to get up off the floor, sit in his seat and buckle up, our bags were removed from the hold and he was carried off the flight, my husband Roy and I walking, hot-cheeked and humiliated, behind.

Our family holiday to Greece would not be going ahead, after all.

And no, Stephen was not an obstreperous toddler when this happened. He was 45 years old. This embarrassing scene happened two years ago and the episode is just one of the many challenges we have faced since Stephen, our second child, was born with Down’s Syndrome.

So difficult has it been that I can honestly say I wish he hadn’t been born.

I know this will shock many: this is my son, whom I’ve loved, nurtured and defended for nearly half a century, but if I could go back in time, I would abort him in an instant. I’m now 69 and Roy is 70, and we’ll celebrate our golden wedding anniversary next month.

We were childhood sweethearts and married when I was just 19 and he was 20. I sailed through my first pregnancy with Andrew a year later, and both of us were really looking forward to a second baby to complete our family.

Gillian then details how difficult having Stephen was, how difficult he was, how radically he impacted their lives, and how stressful his presence was. All of these things ring true, and it is hard not to have sympathy for Gillian. But then, her conclusion to all of this:

Perhaps you’d expect me to say that, over time, I grew to accept my son’s disability. That now, looking back on that day 47 years later, none of us could imagine life without him, and that I’m grateful I was never given the option to abort.

However, you’d be wrong. Because, while I do love my son, and am fiercely protective of him, I know our lives would have been happier and far less complicated if he had never been born. I do wish I’d had an abortion. I wish it every day.

If he had not been born, I’d have probably gone on to have another baby, we would have had a normal family life and Andrew would have the comfort, rather than the responsibility, of a sibling, after we’re gone.

Gillian writes that her column is in defence of the more than 90% of mothers who choose to abort their children after discovering that their sons or daughters have Down Syndrome like Stephen does. Her case is a simple one: Children with Down Syndrome simply are not worth it. She can no longer rid herself of her son, because he is born. But for those who still posses a legal option: Take it. Kill them before birth, and get rid of them. You will regret ever bringing them into the world. Gillian makes it crystal clear that she certainly does.

In many countries, people like Stephen are going extinct. Our society has already grown infinitely more selfish over the past decades, and as people see children as something that they acquire when they decide they want one rather than a gift they receive, children like Stephen usually get returned to their Sender—sorry, this is not what I ordered. I wanted a perfect child. And so babies with Down Syndrome are discarded like trash, and mothers like Gillian warn that people had better toss them out while they have time.

Columns like this have the power to kill people. What do you think a mother who has recently discovered her child has Down Syndrome will think when she does some Googling, wondering what to do, and discovers Gillian’s public wish? Take it from someone who knows, Gillian tells these mothers, you don’t want to do this. We can only hope that such mothers will continue searching, and find stories like that of Christina Lee Fast, a young woman with Down Syndrome who can speak for herself.