This is why Kavanaugh’s opponents are nearly all abortion activists 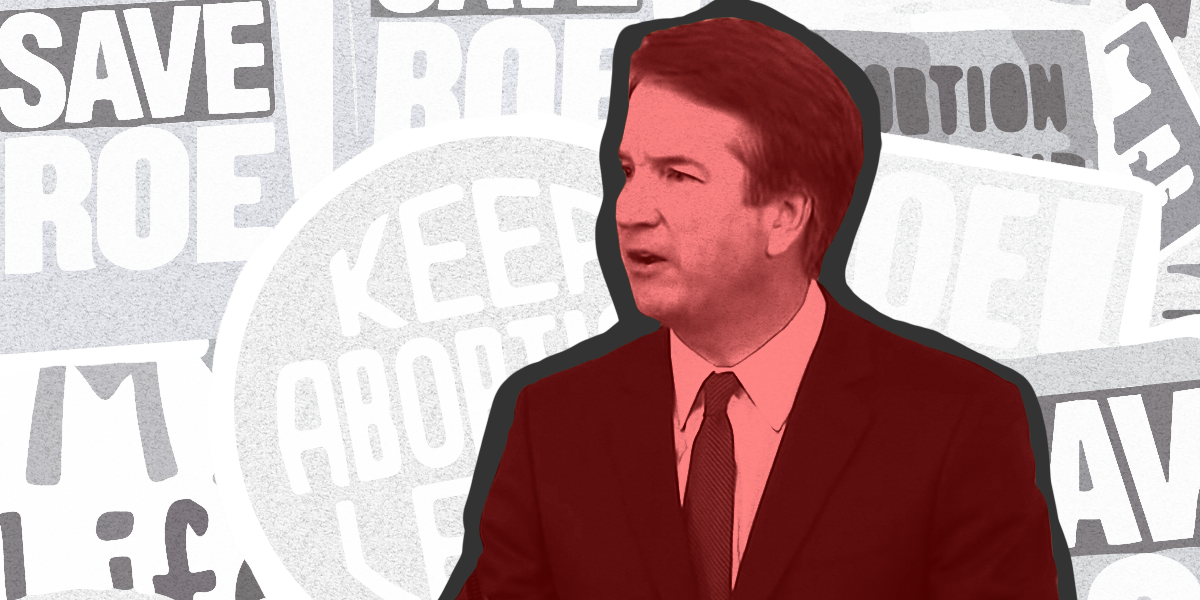 October 2, 2018 (LifeSiteNews) – Every revolution has its victims, every revolution has its mobs, and revolutionary mobs are always bound together by bloodshed that they claim is justified. The Bolsheviks murdered the clergy and those who stood in their way, and the French Revolutionaries butchered the elites and the priests and anyone else who interfered with their perverted version of freedom and equality. And the victims of the Sexual Revolution—numbering in their tens of millions—are our own sons and daughters, pre-born children torn from the place beneath their mother’s heart and tossed into the trash.

I understand that for those who have never come face to face with this reality, these words might seem hyperbolic. But they are true. I have held a little boy in my hands, a child killed by abortion and thrown out, so thoroughly abandoned that he never even received a name. I have seen tiny, shredded body parts, perfectly formed but framed with crimson carnage, pulled out of dumpsters. Abortion is not some abstract ideological football. The victims are real children, and this is real bloodshed. This bloodshed has become the sacrament of the Sexual Revolution.

The mobs of the Sexual Revolution only rally with fury and passion when the right to abort babies is at stake. I think of the howling crowds outside Dublin Castle after Ireland’s abortion referendum in May, weeping with joy and wildly celebrating the right to have their own offspring killed close to home. The politicians who fought for abortion on demand had promised that there would be no celebrations of this macabre result, but a carnivorous carnival of cheering erupted nonetheless. Freedom had been achieved—a freedom purchased with the blood of innocent children.

Then there were the mobs that made up the Women’s March, in America’s capital and around the world. I went to the rally in D.C., and watched as abortion activists like Cecile Richards of Planned Parenthood and abortion trailblazers like Gloria Steinem rallied a crowd of hundreds of thousands, sharing the stage with feticide fans so hardcore that one sported a shirt covered with the phrase “I Love Abortion.” The crowds were furious at the newly inaugurated president who had behaved like a pig—and that the woman who had covered for a previous president credibly accused of sexual assault had not won the Oval Office, instead. She would have protected the sacrament of abortion, and the fact that she lost sparked days of rage.

And now there are the crowds swarming outside the confirmation hearings for Supreme Court nominee Brett Kavanaugh, a man who must be destroyed so that they can retain the right to destroy children in the womb. There is nothing that they will not smear him with, and no sexual assault allegation that they will not weaponize to remove him. After 65 million dead babies, the reputation of a single man is of no consequence. Abortion activists are charging the politicians—Ted Cruz was driven from a restaurant with his wife, Mitch McConnell was rushed at the airport, and two women cornered Jeff Flake in an elevator, demanding that he listen to their stories of sexual assault—because, they said, the Supreme Court nominee could impact the right to abortion.

What we are seeing with the mobs that are taking to the streets in defense of abortion—and it is almost always abortion that brings them out in droves—is another fundamental characteristic of revolutions: The rejection of the rule of law. The presumption of innocence, due process, corroborating witnesses—these things mean nothing to those who see sexual assault allegations as a mere tool to destroy an opponent of abortion. If they had seen Dr. Christine Blasey Ford as a victim entitled to a fair hearing and investigation, that could have been granted weeks ago, and with much less suffering on her part. But they did not see her as a human being–they saw her as a gun to be unloaded on a Supreme Court nominee that might vote against Roe v. Wade, a piece of paper that is more precious to them than the Constitution itself.

To protect abortion, senators can be chased down at their places of work, political opponents mobbed in restaurants and the streets, and vile smears directed at anyone who stands in their way. Abortion must be protected at all costs. And can we really be surprised? Is it so shocking that the men and women who shrugged off revelations from the Center for Medical Progress that abortion workers were crushing skulls and dismembering babies, and then pillaging their corpses for saleable body parts would not flinch when it came time to dismember a man’s reputation? Are we surprised that politicians who received thunderous applause for bragging about their own abortion are willing to stop at nothing to abort the career of someone who might stand up for the pre-born children they have victimized?

There are those who worry that this time of polarization may result in bloodshed. They are forgetting that blood has already been shed, and that the collective guilt of the mob is now giving birth to the fury that we see directed at Brett Kavanaugh and anyone else who believes abortion to be a tragic evil. The abortion activists have been bought and paid for with the blood of tiny innocents, and they are terrified that Brett Kavanaugh might be the man to cast the vote that will jeopardize their hold on the cruel power they now wield over the defenseless.