Many of you will have already seen the viral video of pro-life activist Marie-Claire Bissonnette getting kicked by a male pro-abortion protester earlier this week. Over 400,000 people have viewed the video on YouTube alone, and even abortion activists are expressing outrage on Twitter. Sadly, as I’ve written before, this sort of assault is not at all uncommon–pro-lifers often face violence on the streets for expressing their views:

A number of people have been identifying the assailant as one Jordan Hunt throughout today, and now it appears that he has been fired from his place of work. Hopefully, this will deter others from engaging in the same type of behavior. 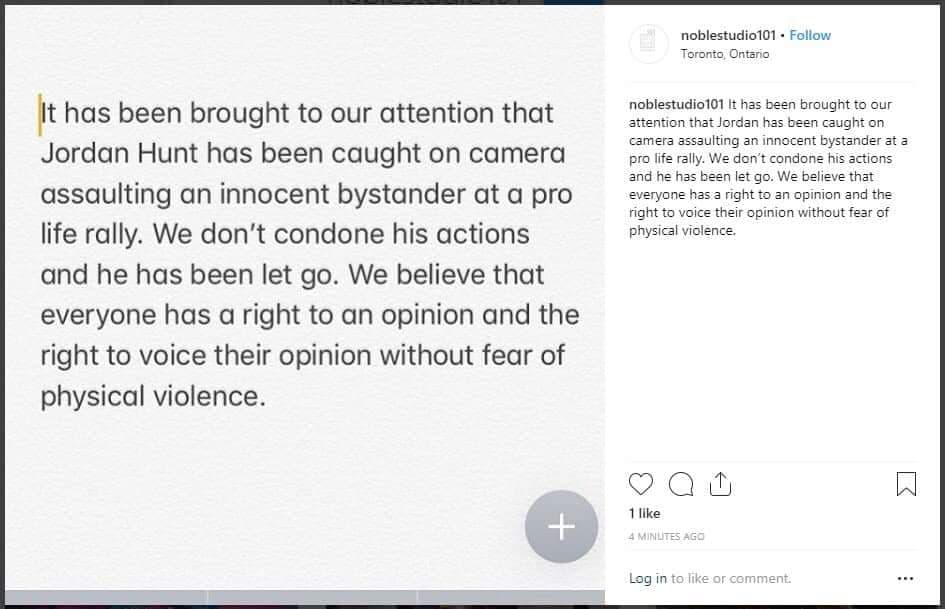