Politics should be put aside in the face of death 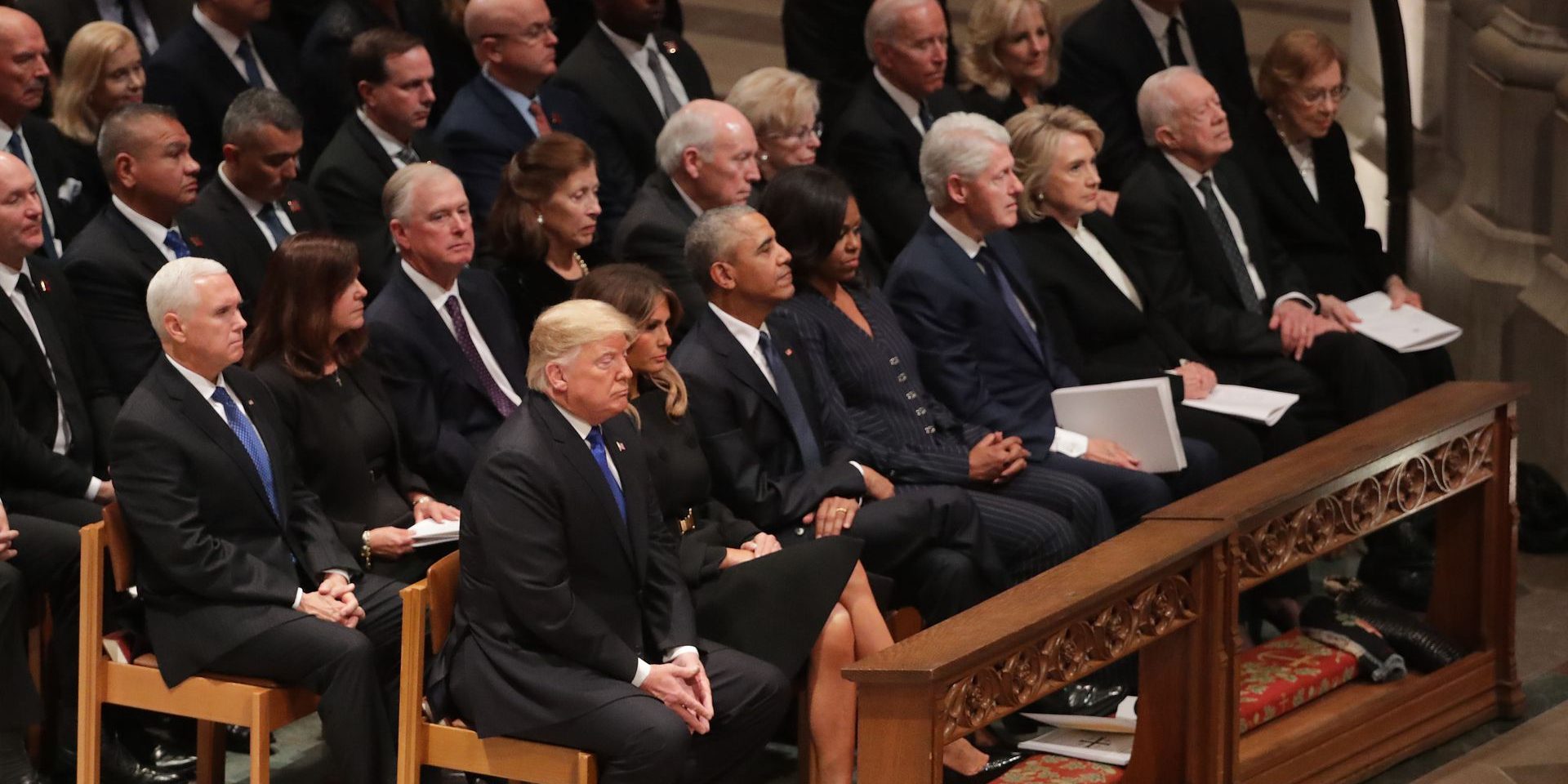 One of the most dispiriting aspects of the polarization that has gripped America is the pettiness and the meanness that seems to have accompanied it, on both the Left and the Right. Nowhere is that meanness and that pettiness so prominent as in the ugly responses to the deaths of prominent Americans, which have devolved from moments of solemn reflection on both the lives of the departed as well as our own mortality to an opportunity for snarky partisan sniping or expressions of hatred.

I realize that this is not an entirely new phenomenon. From H.L. Mencken to Christopher Hitchens, there have always been those who found pleasure in mauling the still-warm bodies of their ideological foes. But with social media, it does appear to have become more widespread. When Billy Graham died, LGBT activists celebrated and reminded mourners that a dead homophobe was not such a bad thing. When Vietnam War hero John McCain died, many took the opportunity to fixate on his political opposition to Donald Trump. And of course, the media stokes the fires of partisanship by heaping praise on the deceased for the express purpose of bashing the living, emphasizing their unspoken belief that the only good Republican is a dead Republican.

But I find such political games to be an utterly inappropriate response in the face of death. I thought former Bush speechwriter Christopher Buckley (who is certainly no Trump fan) responded beautifully to NPR’s Scott Simon when the host asked him to contrast the two men:

SIMON: But, you know, you would have dinner with President Bush. You would talk about things. Did – can we draw distinctions between the kind of president he was and what we see in the country now?

BUCKLEY: Oh, Scott, there will be time for that conversation. And I’m sure it’s being held. And of course there’s – we’re in a very different world now. But I think George – I can almost hear George Bush right now saying, now, now, let’s not have any of that.

It is not just the Left that is guilty of this meanness. Earlier this week, I drove to Washington DC to pay my respects to President Bush, who was lying in state in the Capitol Rotunda. Several people made comments on my social media about Bush, demanding to know whether he was sufficiently pro-life (he was, for the record), complaining about his dislike of President Trump, and making other comments that utterly ignored the fact that a World War II hero who became one of the youngest pilots in the US Navy and the last soldier-statesman of the 20th century has just passed into history and into eternity.

Can we not pause for just a moment and remember his courage, his service, and his family? Must we be so small and mean? Does death not have the power to make us fall silent for even a single moment of reflection? The sight of former Senator Bob Dole, a World War II veteran of the European theater, struggling to stand as he was helped to briefly rise from his wheelchair and salute the casket of his fellow war hero and friend: Those moments, those symbols should bind a nation together and unify. Surely here is something we can all agree on: That regardless of who he voted for, or what political disagreements you might have had, a great patriot has fallen—and at least for today, that is all that needs to be said.

It was also true for the passing of Senator John McCain. I was no great political fan of his (and only saw him once.) But he served courageously in war, and refused to accept an offered release from the notorious Hanoi Hilton as long as American servicemen who had been imprisoned longer than he remained behind bars—and he did so with broken bones and under what would become savage torture. Surely the recognition of great deeds in the service of America takes precedent over the regurgitation of political squabbles at a moment as solemn as death? Surely acts of valor overshadow a political difference, and not the other way around? The fact that political disagreements cannot even be put aside in death, and not even for men who served heroically in their nation’s military: It simply seems unAmerican.

Some things should transcend politics. Solemnity and reflection in the face of death is one of them. Courtesy and decency towards the deceased and their families is another. If that cannot be mustered, the gift of silence should suffice.