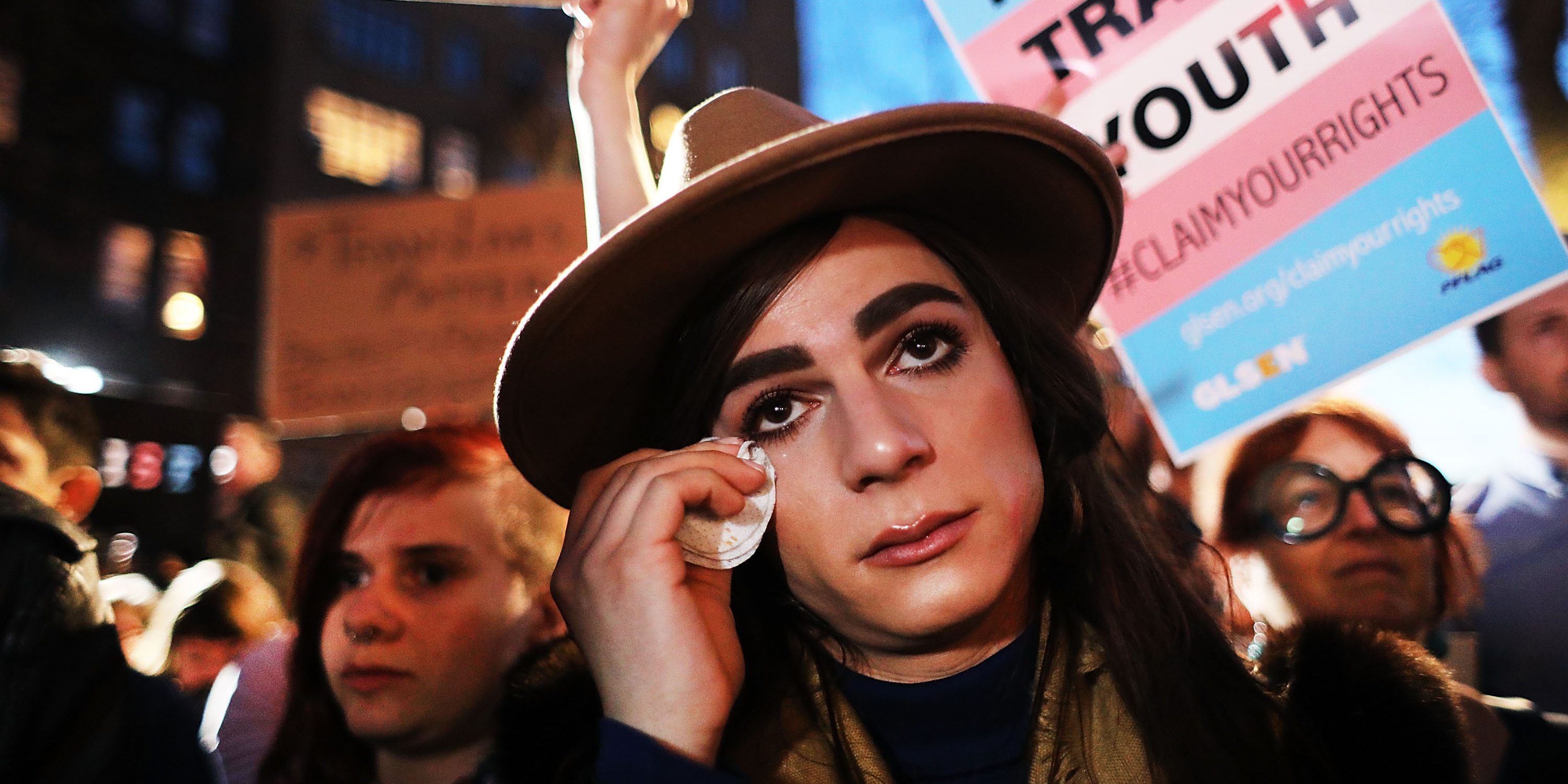 Every poll for five years has been showing that the number of teens (and even children) identifying as “transgender” is climbing astronomically, but this latest number – reported by the Washington Post yesterday – is still staggering when you consider the implications:

Transgender teens — those whose gender identity does not align with their biological sex at birth — now represent almost 2 percent of U.S. high school students, according to a new report from the Centers for Disease Control and Prevention. That conclusion stems from the agency’s analysis of data based on a nationally representative sample of 131,901 public school students in grades nine through 12, who were asked a variety of questions about gender identity and personal health and safety issues.

Even the researchers at the CDC were obviously taken aback by their findings, and their resulting recommendations are concerning. Without delving into why this is the case, the CDC reports that “transgender youth,” a broad and hard-to-define category when you factor in the amount of current confusion surrounding gender and sexuality, face far more physical danger and bullying than their peers, and that this reality has understandably devastating consequences. The CDC also vaguely reports that transgender youth feel more “unsafe.”

Then comes the bombshell: Nearly 35 percent report having tried to commit suicide in the past 12 months, the CDC reports. In response to this, the authors of the report “noted that steps should be taken to create safe learning environments and provide access to competent mental-health care and that ‘continued research into the health of transgender youths and development of effective intervention strategies are warranted.’”

When teens are trying to kill themselves, it is quite obviously true that more research is warranted. I fear, however, that any such research will be rigorously policed and constrained by the ideology currently being imposed on our culture by radical trans activists. Trans activists are not interested in the truth, as was so clearly highlighted by their vicious attacks on Dr. Lisa Littman and journalist Jesse Singal for publishing research and reports that questioned their cruel obsession with affirming the confusion of children – and Littman and Singal are not even opposed to transgender ideology on principle.

It is not surprising that children and teens struggling with gender confusion might be afflicted with more mental health struggles than children and teens who are comfortable in their bodies. There are obviously many factors that contribute to gender confusion, and anyone with the best interests of these young people in mind would support research into how this confusion can be reduced, how children can be made more comfortable in their bodies, and how their mental health issues can be adequately addressed. But trans activists have already proven that any research that interferes with their ideological agenda will be smeared as “bigotry” with the help of the obedient media, and the unfortunate academics and psychiatrists who dared to utter such heresies will be targeted.

If you think that is an exaggeration, I would encourage anyone who is interested in getting a grasp of how the transgender movement has swept our culture to pick up a copy of Ryan T. Anderson’s phenomenal and sobering 2018 book When Harry Became Sally: Responding to the Transgender Moment. In fact, Anderson points out that sex change surgeries, which are now being referred to in the mainstream press as “sex confirmation surgeries,” have virtually no impact whatsoever on suicide rates despite the fact that these surgeries are presented as life-saving healthcare by trans activists. This evidence, of course, is either dismissed, ignored, or condemned.

In the coming months, we will see trans activists use the CDC report to come after Christian schools. Over the past several weeks, we have seen progressives turn their attention to Christian institutions of learning, which threaten their cultural hegemony and iron grip on the minds of young people. Karen Pence was condemned for teaching at a school which holds to the Christian view of sexuality, and the New York Times began trawling for dirt on Christian schools under the guise of a story on the #ExposeChristianSchools hashtag. This report will now be used to claim that a reasonable, evidence-based approach to gender confusion is causing trans suicides, and that as such, Christian schools – and Christians themselves – pose a danger to “trans” youth.