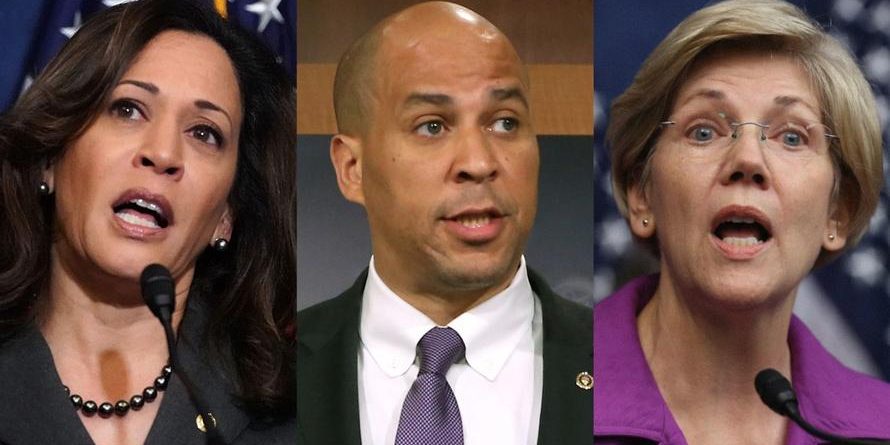 Consider this for a moment: Every single Democrat running for president in 2020 voted against doctors being required to grant care to children born alive after botched abortions. These are not babies being aborted, which is horrifying enough. These are babies that survived the first attempt on their lives, and are now dying outside the womb. From Politico:

The Senate on Monday rejected a bill making it a felony for a doctor to harm or neglect an infant who survives an “attempted abortion”…The vote split mainly along party lines, 53-44. Democratic Sens. Bob Casey of Pennsylvania, Doug Jones of Alabama and Joe Manchin of West Virginia crossed the aisle to vote for it; no Republicans broke ranks. Sixty votes are required for the bill to advance.

That is how pro-abortion Democrats have become, and that is why so many pro-lifers will vote for President Donald Trump, who just defunded Planned Parenthood to the tune of another $60 million by banning Title X grants from going to abortion providers, in 2020. Trump may be chaotic and crude, narcissistic and petulant. But he doesn’t believe babies should be left to die, and he doesn’t think that it should be legal to stab a full-term infant in the skull in utero. That, as they say, is not nothing.

But as Democrats push forward with late-term abortion legislation in state after state including Vermont, Rhode Island, and New York, the American public appears to be recoiling. The vast majority of Americans become increasingly uncomfortable with abortion as pregnancy progresses, and the resolute refusal of Democrats to recognize that babies in the womb are worth protecting at any point not only flies in the face of what we know about life in utero, but also defies the instincts and humanity of most ordinary Americans.

In fact, Alexandra DeSanctis reported yesterday in the National Review that the polls show Americans moving away from the pro-abortion position precisely because the Democrats have so effectively exposed what it means to be “pro-choice” lately. In fact, the Democrats seem to be losing younger voters over the abortion issue—a scenario I guarantee you they did not think possible:

The poll’s most striking data shows that the shift in public opinion on abortion is being driven primarily by Democrats, especially younger ones. In January, only 20 percent of all Democrats self-identified as pro-life; the Axios poll found that percentage has jumped to 34 percent.

These changes have almost certainly been driven by recent instances of Democratic politicians pushing policies to expand abortion rights, even after the point of fetal viability: New York’s Reproductive Health Act allowing all abortion up to 24 weeks and increased access after that point, proposed legislation in Virginia that the bill’s sponsor said would allow abortion even during labor, and Virginia governor Ralph Northam’s interview in which he endorsed allowing physicians and mothers to let infants to die in some circumstances.

The Axios survey found that 80 percent of Americans now say they oppose abortion in the last three months of pregnancy, compared to 75 percent who said the same in the Marist poll last month, taken before these events began.

Those Marist surveys consistently have found that, although Americans tend to call themselves “pro-choice,” they also tend to support policies that limit abortion to early in pregnancy. But this realignment in the pro-life direction is significant. It is an encouraging sign for the pro-life movement — and a warning to Democratic politicians who continue to propose increasingly radical pro-abortion policy.

I wouldn’t have predicted it, but it turns out that the radicalism of the Democrats on the abortion issue has simply blinded them to the reality that most Americans are not on their side when it comes to killing full-term babies. They have voluntarily brought the subject up, and now they are hemorrhaging in the polls. As morbid as it is, it appears that the more they push for abortion on demand until birth, the more the public finally begins to wake up and realize what abortion is all about.