Canada’s abortion activists and pro-choice politicians like to claim that although Canada has no legal restrictions on abortion, late-term abortions virtually never happen. In fact, former Prime Minister Kim Cambell, who led Canada’s government for a blessedly short tenure of a couple of months in the early 1990s, tweeted this recently: “Abortion is regulated by the norms of the Canadian Medical Association. I am not sure what they are currently but when I was in gov’t, they did not allow for abortion after 20 weeks.”

She probably thought that she’d score points with abortion activists for using the well-worn lines that most pro-choice people like to trot out when confronted with the uncomfortable reality that abortions do in fact happen in the late-term and that most of these abortions are not for any health reason or health risk whatsoever. But instead, this happened: 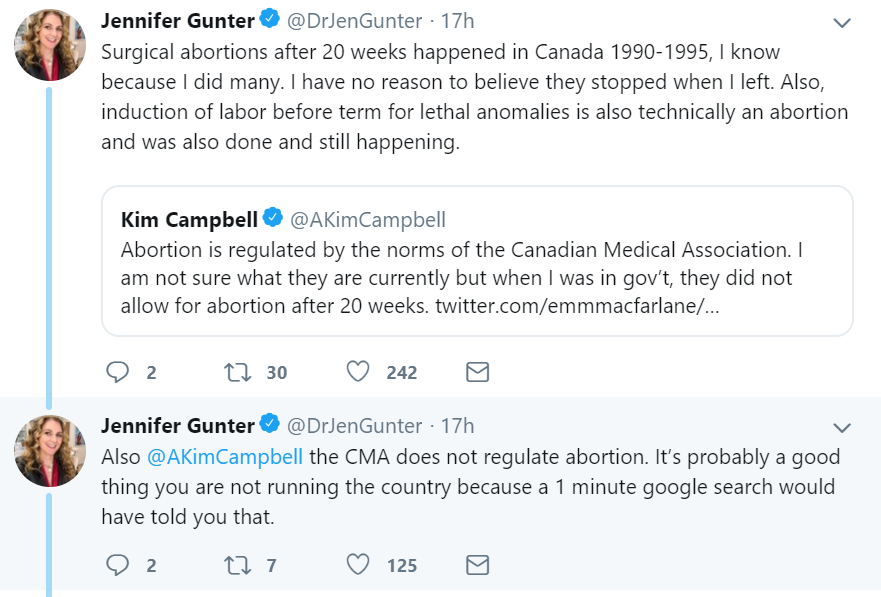 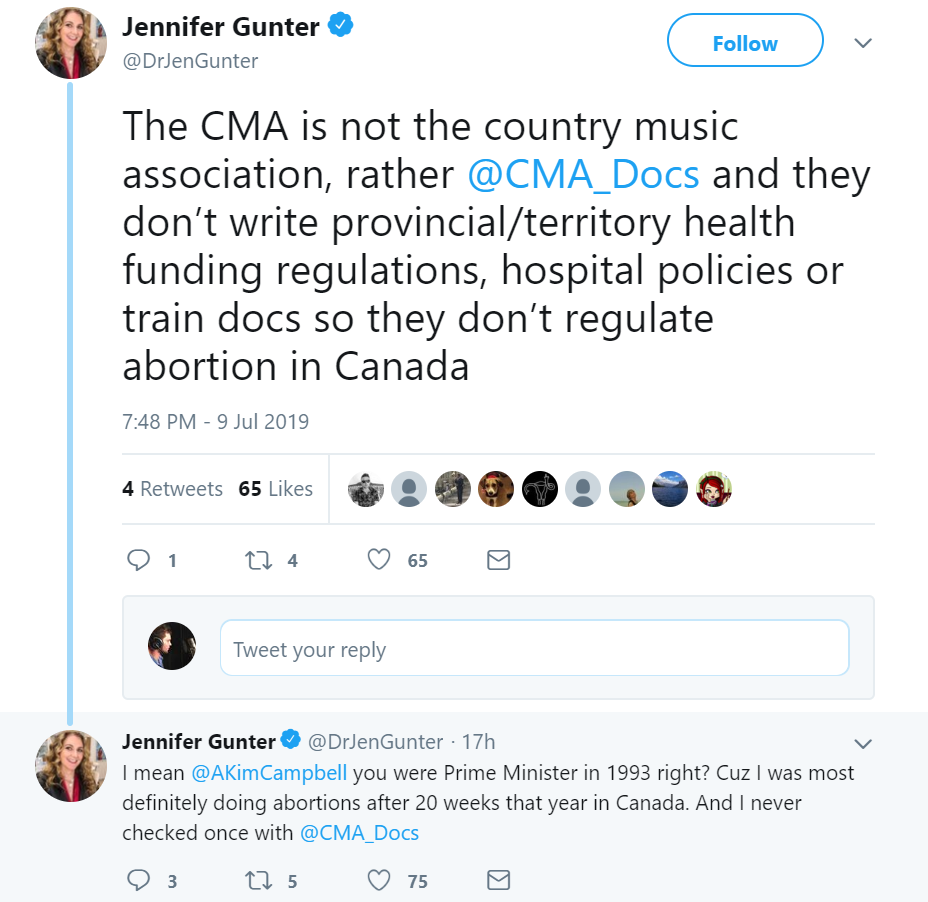 So there you have it. According to notorious abortion activist Jennifer Gunter, these abortions are, in fact, happening in Canada. Perhaps those still using these tired lies can now drop the pretense, especially since Gunter makes it clear that she performed abortions irrespective of any unenforceable and nonbinding guidelines that may or may not have been floating around.