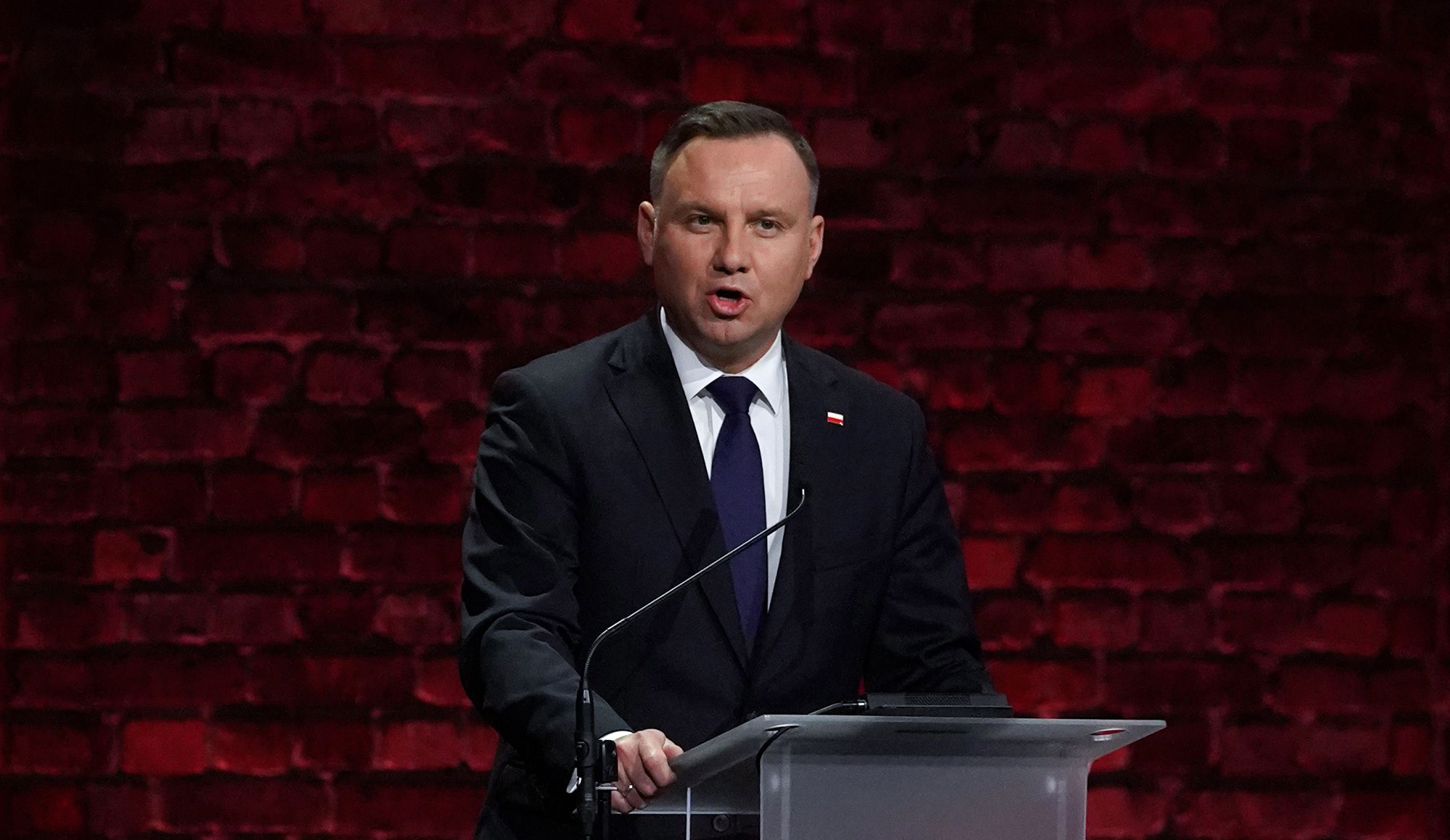 Polish President Andrzej Duda addresses the offical ceremony at the former German Nazi death camp Auschwitz-Birkenau during events to commemorate the 75th anniversary of the camp’s liberation in Oswiecim, Poland, on January 27, 2020. – More than 200 survivors came from across the globe to the camp the Nazis built in Oswiecim in then-occupied Poland, to share their testimony as a stark warning amid a recent surge of anti-semitic attacks on both sides of the Atlantic. (Photo by Wojtek RADWANSKI / AFP) (Photo by WOJTEK RADWANSKI/AFP via Getty Images)