Blogger and pro-life researcher Pat Maloney, who I’ve cited many times on this site, has published more of her grisly discoveries regarding after-birth abortion in Canada. From her Run with Life blog:

Stats Canada’s and CIHI’s livebirth abortion numbers are never the same. I’ve never been able to get an answer as to why their numbers are always different.

We still don’t know why these late term abortions are born alive. We still don’t know what happens to these little souls when it happens. We do know that they died because they are reported as a death by Stats Canada. Are these tiny humans held and comforted as they wait to die? Are they thrown into the garbage? How much do they suffer? Did anyone ask them what they wanted?

These livebirth abortions are shameful. They are a tragedy. And they continue to happen year after year. 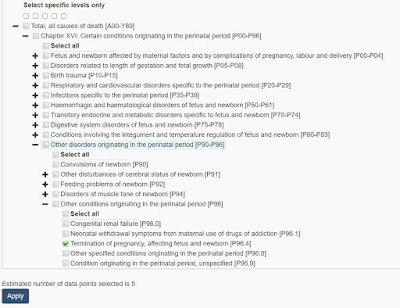 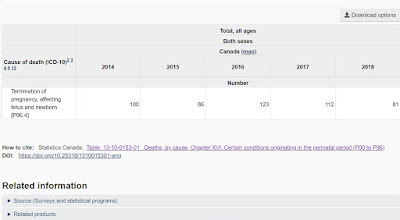