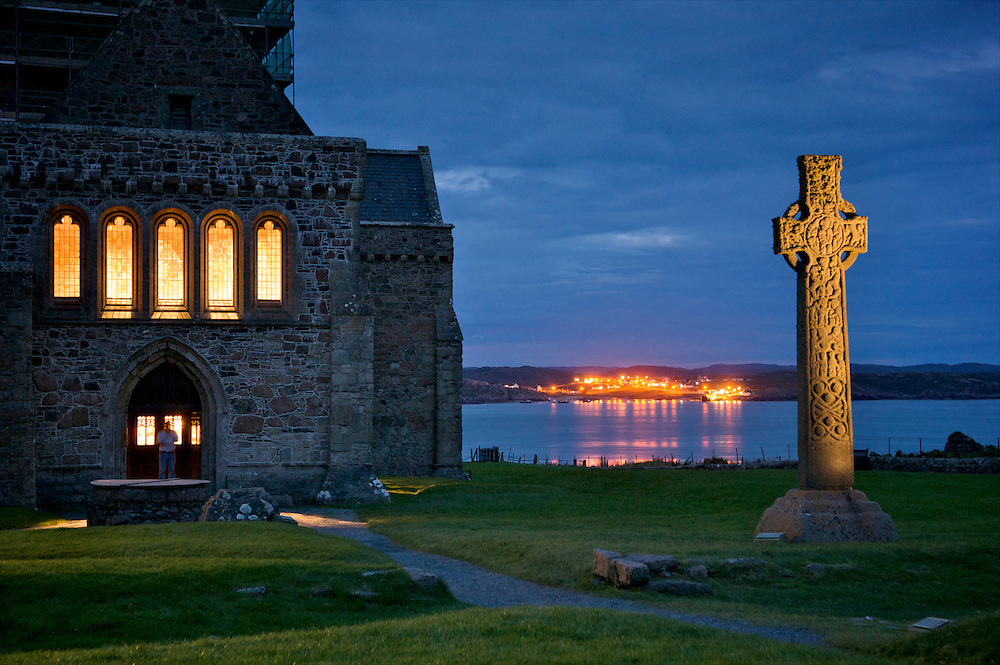 Iona, seat of Celtic Christianity in Scotland where St. Columba came ashore from Ireland to establish his monastery in sixth century, on the island at the western end of the Isle of Mull. Still a working religious center where pilgrims come by the thousands to follow the ways of Celtic Christianity. The Celtic Cross has stood outside the church for over 1,000 years.