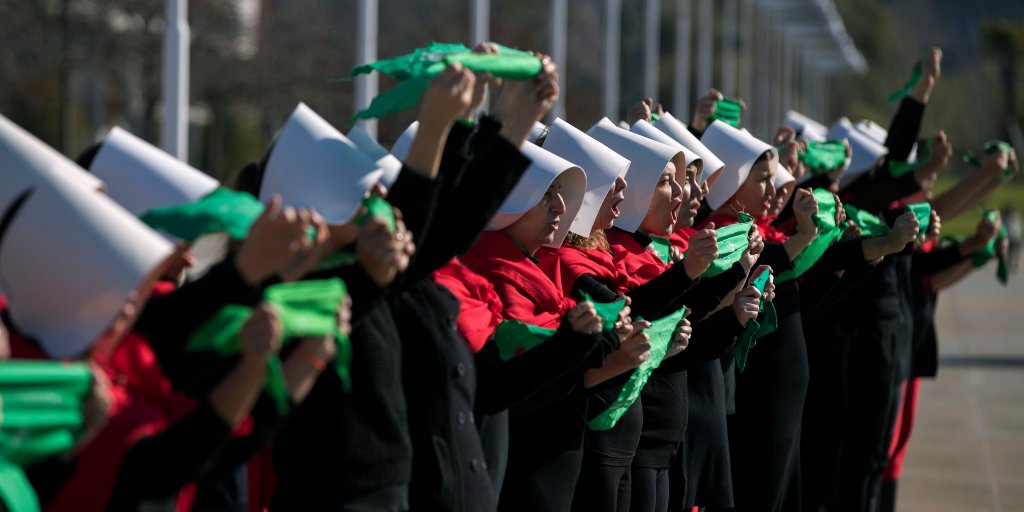 Activists in favour of the legalization of abortion disguised as characters from Canadian author Margaret Atwood’s feminist dystopian novel “The Handmaid’s Tale”, display green headscarves as they perform at the “Parque de la Memoria” (Remembrance Park) in Buenos Aires, on August 5, 2018. – Argentina’s Senate on August 1 approved the text of a bill to legalize abortion that will be put to a vote on August 8. As approved by Congress’ lower house on June 14, the bill sent to the Senate legalizes abortion during the first 14 weeks of pregnancy and provides for conscientious objection for practitioners, but not for a hospitals. (Photo by ALEJANDRO PAGNI / AFP) (Photo credit should read ALEJANDRO PAGNI/AFP/Getty Images)