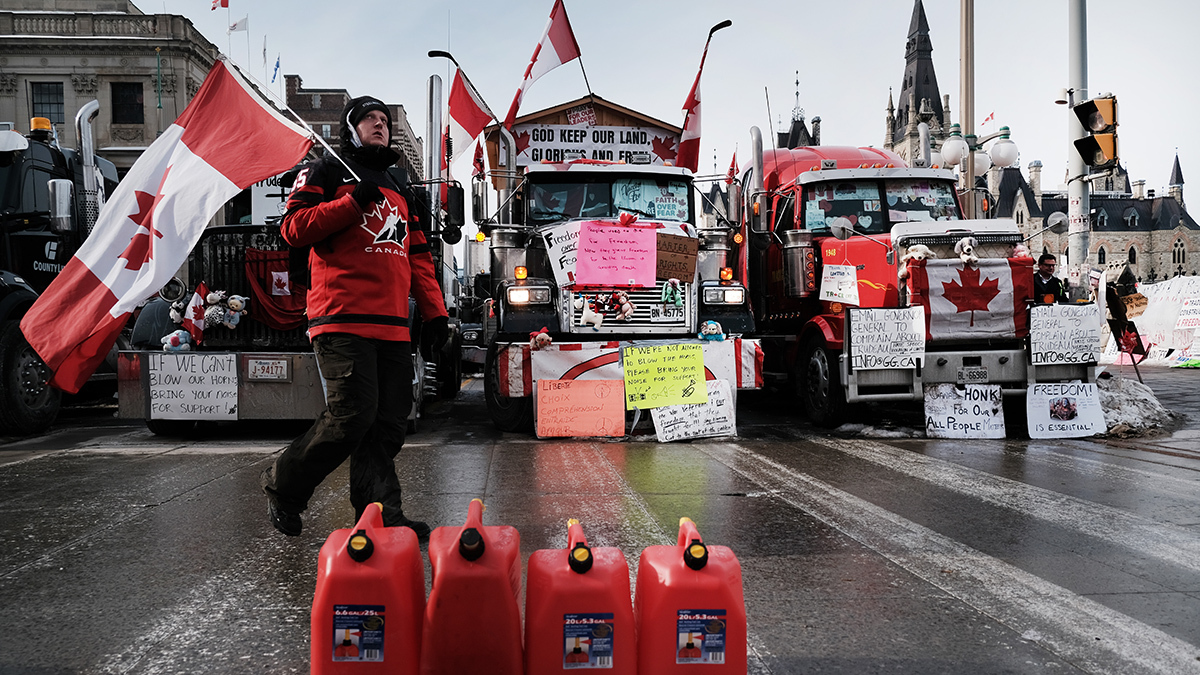 OTTAWA, ONTARIO – FEBRUARY 09: Hundreds of truck drivers and their supporters block the streets of downtown Ottawa as part of a convoy of protesters against COVID-19 mandates in Canada on February 09, 2022 in Ottawa, Ontario. The protesters, whose goals and demands have shifted as more conservative and right-wing groups become involved, are entering their 13th day of blockading the area around the Parliament building. Over 400 vehicles have now joined the convoy which has forced businesses to close and unnerved residents. A state of emergency has been called in Ottawa as police and local officials decide on how best to bring the event to an end. (Photo by Spencer Platt/Getty Images)