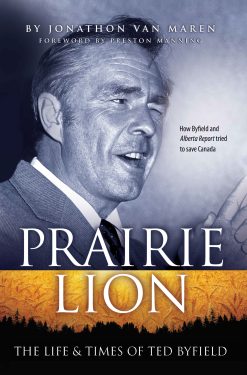 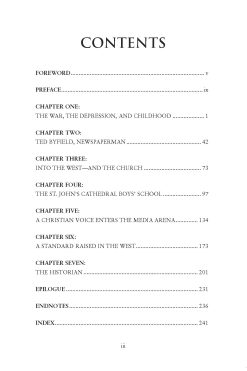 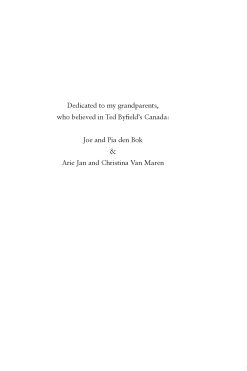 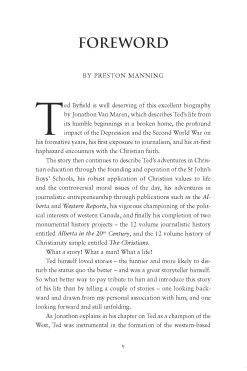 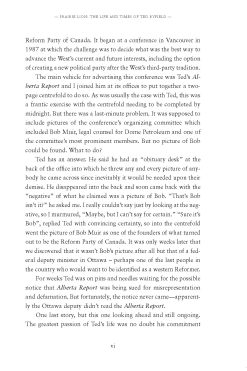 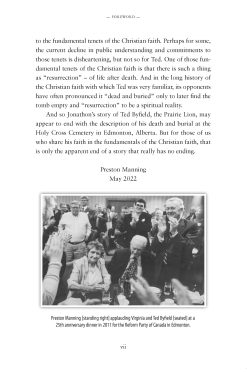 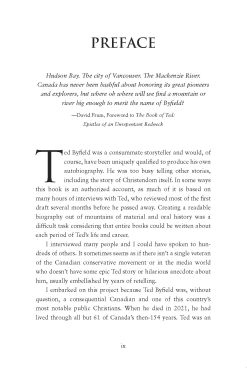 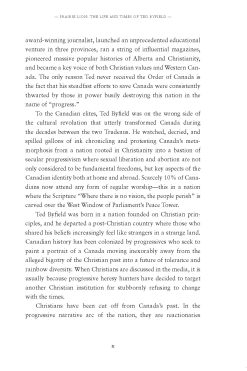 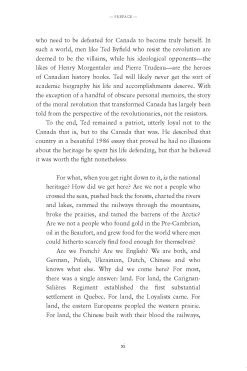 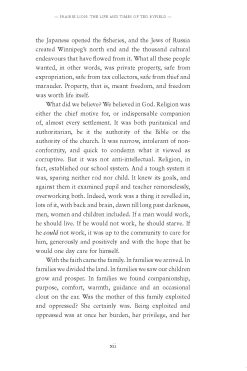 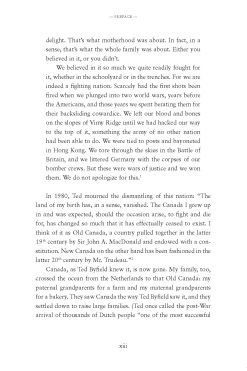 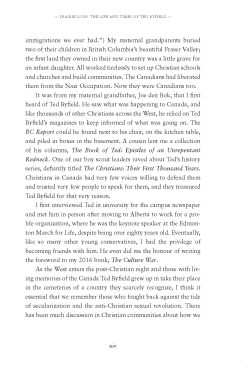 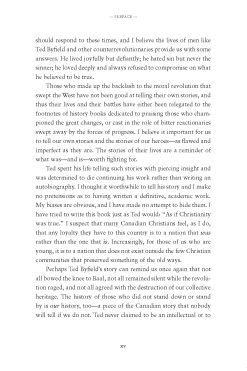 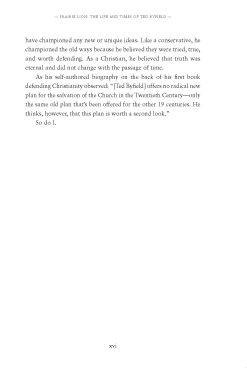 For more than a half-century, Ted Byfield was one of Canada’s most significant public Christians. He gave voice to Western alienation when few others would, and helped create the consensus that resulted in the first Conservative majority government in decades.

This book does a great job explaining how the Sexual Revolution transformed Western Civilization. The Culture War zooms in on the hook-up culture, pornography, abortion, euthanasia and religious liberty.

For more than a half-century, Ted Byfield was one of Canada’s most significant public Christians, and his life’s work included the founding of a religious order, the formation of several Christian boarding schools for boys, a series of influential newsmagazines, laying the groundwork for a political movement, writing books, and serving as editor on a magnificent 12-volume history of Christianity, The Christians: Their First Two Thousand Years. He gave voice to Western alienation when few others would, and helped create the consensus that resulted in the first Conservative majority government in decades.

There are no reviews yet.

Be the first to review “Prairie Lion: The Life & Times of Ted Byfield” Cancel reply 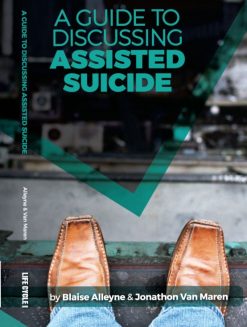 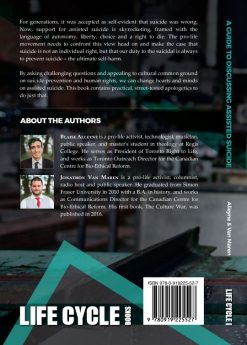 A Guide to Discussing Assisted Suicide

By asking challenging questions and appealing to cultural common ground on suicide prevention and human rights, we can change hearts and minds on assisted suicide.  This book offers practical, street-tested ways to do just that. 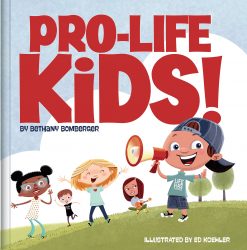 PROLIFE KIDS! is a brand new one-of-a-kind children’s book created by Bethany Bomberger, an adoptive mom and educator. It is an adorably illustrated journey that reinforces the value of every human life, in and out of the womb. It’s a tool that includes helpful resources that can be used by anyone who is looking to share an age-appropriate pro-life worldview to children. It was created, primarily, for children in K-5th grade although both younger and older children can learn valuable lessons from the book, too. (PRO-LIFE KIDS! is a 10″ x 10″ hardcover book.)

The Culture War was written so that Christians can understand how we came to this cultural moment, and what we can do now that we are here. [205 pages - Paperback] 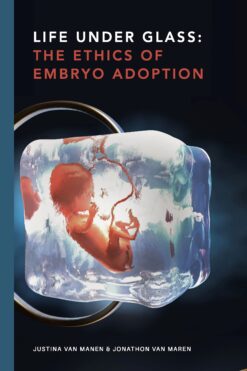 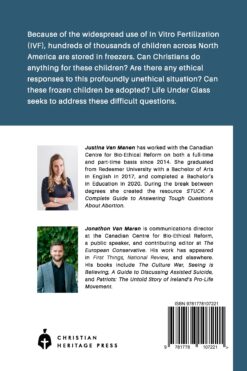 Life Under Glass: The Ethics of Embryo Adoption

Because of the widespread use of In Vitro Fertilization (IVF), hundreds of thousands of children across North America are stored in freezers. Can Christians do anything for these children? Are there any ethical responses to this profoundly unethical situation? Can these frozen children be adopted? Life Under Glass seeks to address these difficult questions.

Seeing is Believing is a powerful examination of social reform movements of the past to extract the timeless principles of exposing injustice. He reveals the tactics abortion activists fear the most, and explores the hidden nightmares of abortion industry workers. Pro-life people should take hope from this book. When the injustice of abortion is exposed, minds are changed, and lives are saved. Because seeing is believing. 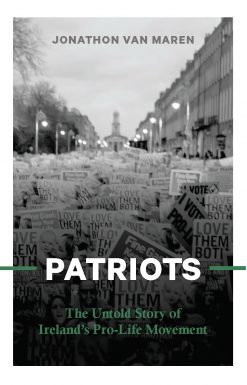 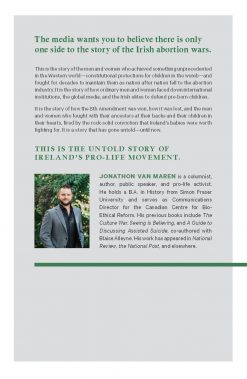 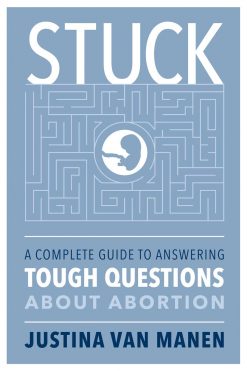 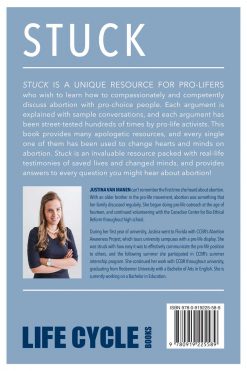 Finally there is a comprehensive guide to pro-life apologetics from a Canadian perspective. From the most simple arguments against abortion through to the most difficult philosophical foundations of the pro-choice view. The easy to navigate format helps readers find the information they need without delay. STUCK may not be the first pro-life book you own, but it is likely to be the one you refer to the most!