If one man can be said to have brought the Sexual Revolution to Canada, it is the late Prime Minister Pierre Elliot Trudeau. He was, in fact, essential to bringing liberalized divorce, decriminalized abortion, and laxer attitudes about sexual morality in general to Canada—because he trumpeted his Catholicism wherever he went, and thus convinced many Catholics to get onside. He was devout, he would inform everyone, but at the end of the day, “the state has no business in the bedrooms of the nation.” Neither, in his view, did any religious restrictions on sexual behavior—as he told one reporter after the 1969 Omnibus Bill passed the House of Commons, “[I’ve] knocked down a lot of totems and overridden a lot of taboos.” 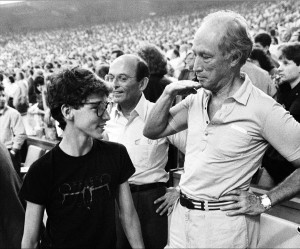 In the wake of the election of Pierre’s son to 24 Sussex Drive, it may prove helpful to take a look at where Justin Trudeau came from and where he got his values from. His memoir Common Ground, which I reviewed some time ago, reveals the same pick-and-choose approach to Catholicism that Pierre so flamboyantly utilized, while simultaneously and enthusiastically endorsing everything from abortion-on-demand to the redefinition of marriage to the legalization of euthanasia. What Trudeau the Elder began, Trudeau the Younger will do his best to finish. In light of what we know about the Trudeau Dynasty, I don’t think this should be particularly surprising.

The debate surrounding whether or not private morals impact the credibility or trustworthiness of a politician is one that has been with us for a long time, and seemingly put to rest in the minds of the public when the American people sent noted adulterer Bill Clinton off to his retirement with sky-high approval ratings. Clearly, the public didn’t care. But I’ve always felt that this is a rather schizophrenic approach to analyzing the quality of a political candidate. When I saw Newt Gingrich speak several times, for example, it was impossible not to grimace when he talked about honor and values with the knowledge that he had cheated on his cancer-stricken wife with his now current wife, the wax figurine Callista Gingrich. It’s the same with Donald Trump, the promiscuous windbag currently leading the GOP presidential nomination race, and so many others. If men and women are willing to break one of the most solemn oaths they can make—that they will remain faithful to their partner—in what universe do voters think that these politicians will remain faithful to their political promises?

That’s not even to mention the very obvious self-interest involved for people like Pierre Trudeau in advancing the Sexual Revolution. Pierre Trudeau may have been a Catholic in public, but he was notoriously agnostic in private, and the sheer number of his extra-marital affairs is staggering. As Margaret Wente (not without admiration) wrote:

They include Liona Boyd (the blond-bombshell classical guitarist), Margot Kidder (Superman’s girlfriend), Gale Zoë Garnett (who wrote We’ll Sing in the Sunshine) and Kim Cattrall (Sex and the City).

He often invited two girlfriends to the same event. Allan Gotlieb, his ambassador to Washington, complained about one dinner he hosted for Mr. Trudeau because he had three girlfriends there. At 24 Sussex, he carried on downstairs even though Margaret (from whom he was officially separated) was still in residence upstairs…

One night, after Ms. Boyd had performed at a reception at Rideau Hall, his then-separated wife, Margaret, remarked, “So you had a mistress play.”

Once, Margaret came across a pile of photographs of women in his desk drawer. Ms. Streisand’s picture was on top. “Are you rating us?” she asked. “Maybe,” he said.

Personally, if I were Margaret, I would have cold-cocked the guy. As a husband, Pierre was critical, emotionally withholding and deeply old-fashioned. “Reason before passion” was his motto, but obviously he forgot it when he married her. They were doomed to make each other miserable. After they split up, he insisted on custody of the children and cut her off with scarcely a dime. He even gave her a black eye or two.

Besides those disturbing revelations about Trudeau, there was his reaction to the baby girl he fathered at age 71 with 36-year-old lawyer Deborah Coyne, who later ran against her daughter’s half-brother Justin for the leadership of the Liberal Party. Again from Margaret Wente:

When she got pregnant, he again made it clear that she was on her own. “Pierre was not prepared to take any sort of active role in bringing up a small child,” she says. “He chose to play the role of a distant uncle.” At one point, she thought of taking a job in Montreal, where he lived, but he discouraged her. “He stressed that [his daughter] Sarah and I wouldn’t be able to just come by his home any time we wanted to.”

Nothing is more emblematic of the pro-choice worldview than Pierre’s reaction to the arrival of his daughter. He is much praised for being an attentive and involved father—and to his three sons, he very much seemed to be. But his approach to being a father was a pick-and-choose attitude that left his daughter Sarah Coyne very much on the outside. Pierre approached paternity (and the pro-choice crowd would heartily agree) as something you choose, not an inherent responsibility to one’s offspring.

Of course, the various affairs and escapades of Justin’s mother Margaret are well-known and well-publicized, from Jack Nicholson to her relationship with Senator Ted Kennedy, Canadian royalty philandering with American dynasty. This was the home Justin Trudeau was raised in—regardless of his love for both of his parents, which shines through in a few of the only passages in his memoirs that come off as genuine, his parents were both high-living libertines. A political architect of the Sexual Revolution and a hippie flower child, 34 years apart in age, raised the man who is now Canada’s 29th Prime Minister. It would be hard to see how anyone raised in such a home could emerge without firmly believing in abortion and a sexually permissive society.

Has Justin, too, adopted the same approach to fidelity as his parents? By all accounts, he and his wife are dedicated to each other, and he’s been asked about his relationship in the past. Global News reported asking his wife Sophia about the exchange some time ago:

Following the release of his memoir last fall, Trudeau was asked during a CBC interview about extramarital affairs, which he denied.

“Ask if whatever happened in our lives – I’m not saying it did or didn’t – as if we would answer that.”

She puts down her fork and looks across the table.

“I can tell you right away that no marriage is easy,” she says.

I don’t agree that examining someone’s past, someone’s values, and how they approach relationships has no bearing on how they govern. What we believe informs how we live. I don’t believe that fidelity, loyalty, and integrity are characteristics that we can box off and only apply to certain areas of our lives. And while all people are flawed and make mistakes, in the case of Justin Trudeau’s family, at least, we can see how their political ideology and their worldview impacted policy, parenting, and relationships.

No Canadian politician has ever emerged out of a background more entrenched in the values of the Sexual Revolution, and no Canadian politician has ever emerged from a family that embraced the libertinism it results in more thoroughly. Justin Trudeau is a product of his environment, and over the next four years, we can assume that his political actions and policy decisions will be consistent with the worldview his father helped bring to Canada.

3 thoughts on “Philandering, Politics and Revolution: A Brief Look at the Trudeau Dynasty”