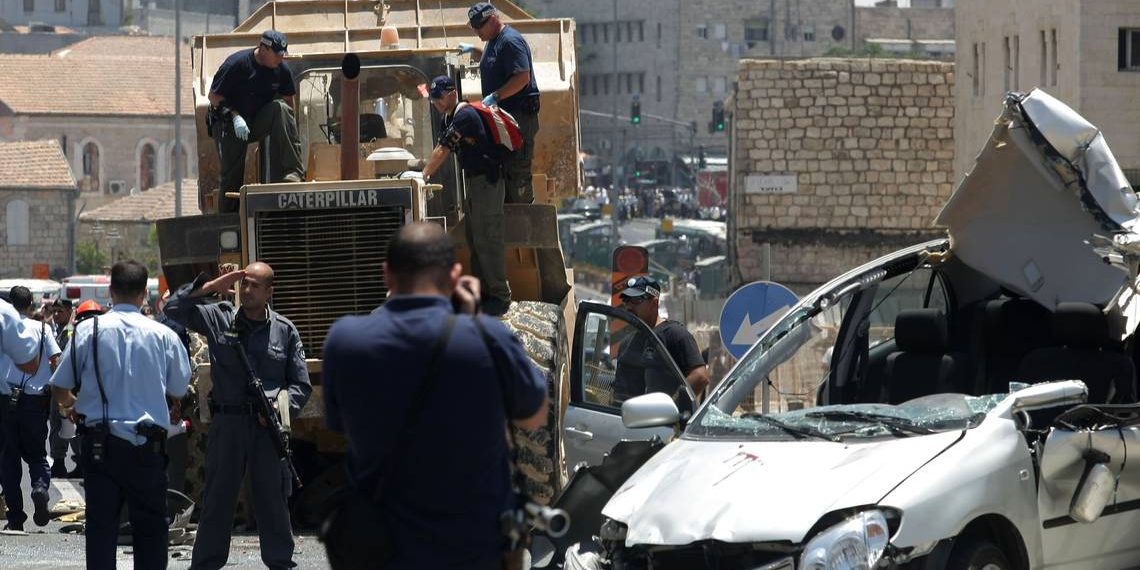 A few weeks ago, Rex Murphy of the National Post responded to the terrorist attack in Nice, France, with his characteristic eloquence and incisive analysis. San Bernardino, Paris, Orlando, London, Cologne, Ottawa, Nice—is it possible, he asked that we were all becoming immune to the horror of such attacks? That once the news stations stopped looping horrific footage of broken and bleeding civilians throughout their reports, we all just go back to our lives, tacitly accepting that sporadic eruptions of barbarism by militants is now simply just a way of life? It certainly seems like it:

If what occurred in Nice, France, on Thursday was a one-of-kind event, I’m certain the world’s response would be dramatically more powerful and intense. Who rents a truck with the intended purpose of driving it into a crowd of people celebrating a national holiday, with the intended purpose of running over and maiming as many as possible? Unfortunately, the world is becoming immunized to these horrors…

As for Thursday’s butchery being that of another “lone wolf,” well considering the number of recent attacks, we must ask how many lone wolves make a pack? The Islamic State of Iraq & the Levant and its many variants — from al-Qaida to Boko Haram and their numerous heartless epigoni — will kill anybody, anywhere, in the cruellest way possible. The horrors they perform on their local killing fields in Iraq, Syria, Africa and elsewhere — burning people alive, sex slavery, bombs tied to the throat, decapitation — testify to an absolute amorality, a fiendish savagery that, in all but scale, rivals the barbarity of the Nazis.

We’re in a grim time, and we’re getting used to it — a thought that is deeply troubling.

When I read this column, I nodded in agreement, and then went on getting used to it. After all—and I’m certain I’m not the only one to make such mental calculations—I live in southern Ontario, the land of wheat and farmers and perfectly average little towns that no terrorist would ever be interested in. We have a way of rationalizing things until they no longer bother us. When I was in Jerusalem in July of 2008, for example, my taxi was suddenly halted in a snarl of traffic. There were a lot of people shouting and pointing and running. A few moments later, we found out that a terrorist had used a front-end loader to ram and crush several cars, killing three people and wounding over thirty pedestrians before an off-duty soldier climbed into the cabin and shot the driver three times at point-blank range. Our taxi had missed the carnage by a single stoplight. I remember being briefly shaken—an email I received that night from a friend back in Canada contained a link to a news story describing the event and the half-joking question, “You alright?”—but within a day or two, I’d almost forgotten about it. We like to think of our rationalizations as resilience, but denial is probably a better way to describe them.

My rationalizations concerning the safety of southern Ontario were brought to a rather abrupt halt this morning, when a headline from CTV News cropped up in my newsfeed: “Lone suspect killed in anti-terrorism operation in southern Ontario.” The news struck, quite literally, close to home:

A suspected ISIS sympathizer believed to be the lone suspect in a suicide bomb plot on a major Canadian city was killed Wednesday during a dramatic police takedown in a southern Ontario town, CTV News has learned.

Aaron Driver, 24, was killed inside a home in Strathroy, Ont., a community about 225 kilometres west of Toronto. He was well known to Canadian intelligence and police officials for his support for the Islamist terrorist group.

Police believe Driver was acting alone in the alleged plot, and there is no threat to public safety. But officials were swarming the Strathroy house until late Wednesday night, concerned about what may have been inside.

According to an internal government memo obtained by CTV News, the suspect allegedly planned to use an IED to carry out a suicide bombing mission in a public area. His alleged plan, according to the document, was to create mass casualties.

Officials feared that the plot could’ve been carried out on Wednesday during rush hour in a busy location.

Strathroy is about an hour drive from my house. It’s an utterly average Ontario city with a population of just over 20,000 people. And yet, just yesterday, it was swarming with soldiers and police officers and bomb defusers as gunshots echoed over farmer’s fields and another fanatic with delusions of grandeur was killed, this time, at least, before he could bring the horrors we thought were far away to our very back doors.

That is going to take some time to get used to.