A challenge for today from Goebbels’ secretary 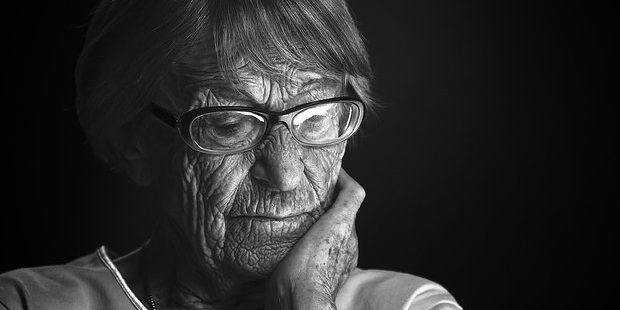 Being of Dutch descent, I grew up hearing stories from my grandparents about World War II. My grandmother watched the flames and the smoke of Rotterdam’s rubble sparking upwards after the Luftwaffe offloaded its explosive cargo over the city. One of my great-uncles was sent to a labor camp in Germany, and spoke of being locked in a factory basement while Allied bombers screamed overhead. Another was a resistance leader in the Underground, who narrowly escaped execution by the Nazis by burrowing into a farmer’s haystack. I heard and read dozens, if not hundreds of stories of Dutch families opening their homes to their imperilled Jewish neighbors. In Washington DC’s Holocaust Museum, I was proud to see the walls inscribed with the Dutch names of those who risked everything to do what was right stretch on and on.

And of course, like so many others, I wondered whether or not I would have done the right thing, too. I wondered If I would have been one of those who were willing to risk their own lives for their neighbors, or if I would have been one of those who ducked my head and simply tried to survive. It is easy to sit down and open a book filled with black-and-white pictures and imagine oneself to be a noble figure “back then,” but when things are in vivid color and real men with vicious dogs and barking guns and the power to murder your entire family are standing between you and “doing what is right,” everything changes. Hypothetical heroism is much simpler than the real thing.

The question came up again couple of weeks ago. Our summer interns were analyzing social reform movements and we were discussing Sophie Scholl and White Rose movement, those brave German university students who distributed pamphlets revealing the initial horrors of the Holocaust, were caught by Gestapo, and subsequently executed. The conversation again wandered over to that same question, with many wondering the same thing: I wonder what I would have done if I had been in their shoes?

Interestingly, this week someone unexpected has tried to answer that question from her own experience. The Guardian published an interview with the last surviving member of Hitler’s inner circle. Bromhilde Pomsel, the now 105-year-old former secretary of propaganda minister Joseph Goebbels, still insists she has nothing to feel guilty about. “Really,” she says. “I didn’t do anything other than type in Goebbels’ office. Those people nowadays who say they would have stood up against the Nazis—I believe they are sincere in meaning that, but believe me, most of them wouldn’t have.” Why? “The whole country was as if under kind of a spell,” she says. “I could open myself up to the accusations that I wasn’t interested in politics, but the truth is, the idealism of youth might have easily have led to you having your neck broken.”

With that statement, Pomsel betrays the fact that she did know what was happening to many of her countrymen. And of course, “the idealism of youth” did result in the steel of the guillotine biting through the young necks of Sophie Scholl, her brother Hans, and many of their friends. Pomsel must have known this. As she told The Guardian, she recalled “being handed the case file of the anti-Nazi activist and student Sophie Scholl, who was active in the White Rose resistance movement…’I was told by one of Goebbels’ special advisers to put it in the safe, and not to look at it. So I didn’t, and was quite pleased with myself that he trusted me, and that my keenness to honour that trust was stronger than my curiosity to open that file.”

Some died attempting to dispel the silence hanging over the Nazi atrocities like a thick fog, while others remained in the fog and resolutely refused to find out what all the noise was about. Out of sight, out of mind. Ignorance is bliss. What you don’t know can only hurt others. As the smiling Max Detweiler famously said in The Sound of Music when the Nazis arrived in Austria: “What’s gonna happen is going to happen—just make sure it doesn’t happen to you.”

It’s impossible to hear this and not to think of the conspiracy of silence surrounding the destruction of the smallest members of the human family so common in our society today. Something Peter Hitchens once said leapt to my mind, and I posed the statement to my fellow activists. Hitchens, referring to the human destruction wreaked by the abortion industry, stated bluntly, “Those who wonder what they would have done had they lived at the time of some terrible injustice now know the answer. We do live in such a time. And we do nothing.”

So the real question we must ask ourselves today is not: What would I have done back then? Rather, the question that needs to be asked is: What will I do now? Because what Hitchens says is true. If we know what is going on, day after day, week after week, month after month, to baby after baby, and we stand quietly on the sidelines, then one thing is certain: We would not have done anything. If we cannot support pro-life organizations battling the culture wars, speak the truth to our friends and colleagues, and do whatever we can within our spheres of influence to save lives when it costs us nothing, we can be sure that we would not have done what we could to save Jewish lives when it could have cost us everything.

I understand that many people say it takes a certain level of sacrifice to be active in the pro-life movement, whether it be as an activist or a donor or simply someone who speaks to his or her peers when the opportunity presents itself. But that sacrifice—career opportunities, expensive things, perhaps even friends—pales to the point of vanishing in contrast with what those who fought for the threatened human beings in societies of our not-so-distant past had to face. We do not have to worry about police officers breaking down our doors in the middle of the night. We do not have to worry about being executed for telling the truth. We do not have to fear that we will have our families taken from us because of what we do. We can go to work, enjoy dinner with our families, and take advantage of all our wealthy society has to offer. To call this “sacrifice” in the same sentence—no, the same page—as the names of Sophie and Hans Scholl is almost cringe-worthy.

Hypothetical questions have their value, but the question we need to ask ourselves now is simple: What can we do for our pre-born neighbors? And then: What are we willing to give up to tell the truth and save their lives? Worded a different way: How easily are we bought off? Do we want to avoid looking like a “crazy fundamentalist?” Do we want to avoid stigma from our colleagues or maybe even people at our church? Do we want to pretend nothing is happening because the hidden but gruesome reality of severed baby heads and chopped-up limbs is just too sickening to contemplate? Again: How easily are we bought off?

Goebbels’ secretary made her choices, and we cannot know what we would have done in her situation. That was then, and this is now. But we, like her, know what is going on. We know that there are children being horribly killed every day. We know people who would have an abortion, and we know people who might be considering an abortion. Bromhilde Pomsel knew what was happening, too. She relates that her “vivacious, red-haired Jewish friend, Eva Lowenthal” was having an excruciatingly difficult time under the Hitler regime that employed her. She insists that when she heard Eva had been sent to a village in the Sudetenland “on the ground that those territories were in need of being repopulated” that “we swallowed it—it seemed entirely plausible.” Nearly half a century later, Pomsel took the train from her home to nearby Munich to visit a Holocaust memorial and find out what had happened to her friend. The red-haired Eva had perished in Auschwitz.

But still, she insists, “The people who today say they would have done more for those poor, persecuted Jews… I really believe that they sincerely mean it. But they wouldn’t have done it either.”

Maybe not. There’s no way to know. Pomsel has made her choices and had to live with them. Others made different choices. The Memorial to the German Resistance in Berlin reads in part:

You did not bear the shame.

And again, the question: What about us?