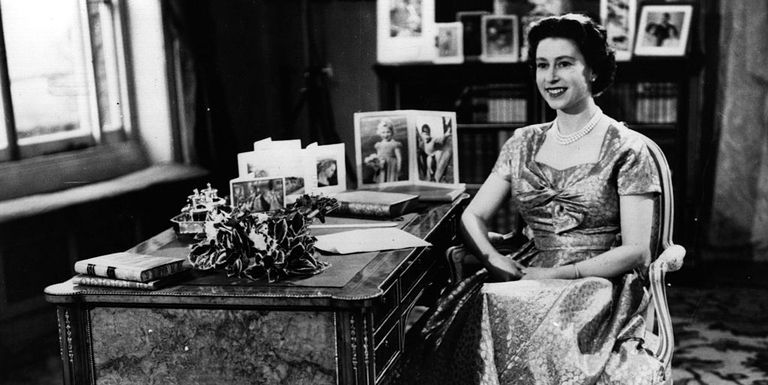 Like millions of others, I took a few moments on Christmas Day to watch Queen Elizabeth’s annual Christmas address—the sixtieth time this address has been televised. And as usual, the Queen took the opportunity to use this address to the nation to highlight her personal faith, saying that, “We remember the birth of Jesus Christ, whose only sanctuary was a stable in Bethlehem. He knew rejection, hardship and persecution. And, yet, it is Jesus Christ’s generous love and example which has inspired me through good times and bad.”

The Queens’ consistent highlighting of Christianity in her annual address stands in marked contrast to the direction her beloved nation has been heading in for quite some time. The cathedrals are empty, the Church of England has been destroyed by those who see religion as a vehicle for the progressive causes of social justice rather than an arbiter of eternal truth and beacon of the gospel, and Britons are abandoning faith in droves. As I wrote last year, if one considers the situation purely by the numbers, Christian Britain is dead.

The Queen has not responded to this ebb in the Sea of Faith by reflecting the times and attempting to secularize her message. Instead, it has been widely noticed that she has placed a greater and more specific emphasis on Christianity in her addresses than in years past. This has attracted great notice, with one Vatican official telling The Guardian that Elizabeth is “the last Christian monarch,” while Ian Bradley, the author of God Save the Queen: The Spiritual Heart of the Monarchy, noted that her efforts to emphasize Christianity “truly makes her Defender of the Faith.” One journalist described the trend this way:

Explanations for these overtly Christian messages vary. Some royal watchers suggest that it was the Queen’s decision to use the 2,000th anniversary of Christ’s birth as an opportunity to speak openly about Christianity. Others saw the hand of George Carey, then archbishop of Canterbury. Bradley sees the influence of Prince Philip at work. “After her very personal account in 2000, she was encouraged to continue because I’m told she received 25 times more letters than usual from the public in response to that Christmas message than others, and she had huge support from the Duke of Edinburgh.”

Lord Williams of Oystermouth, who served for a decade as the archbishop of Canterbury, believes the Queen is being even more deliberate. She sees Christianity fading from the public square, said Williams—even the BBC admitted recently that it had only been reflecting a non-religious, and very much non-Christian Britain—and the Queen is using her addresses to push back. “I think that that a there has been less overt Christian ‘messaging’ in the general cultural environment, the Queen has deliberately decided to fill the gap,” Williams noted.

It is another reminder that the Queen is truly a figure who connects us to a Great Britain that is now past, a Britain that according to some conservative writers, has lost her identity. Peter Hitchens describes this in his compelling (if bruising) book The Abolition of Britain as having taken place between the funerals of Sir Winston Churchill—the Queen’s first prime minister—and that of Princess Diana, who did much to create the impression that tradition was cold, unyielding, and cruel. When the Queen is gone, one of the final figures of the era of the British Empire will have left us. It seems rather unlikely that any of her descendants will feel the same urge to promote Christianity in the public square that she does.