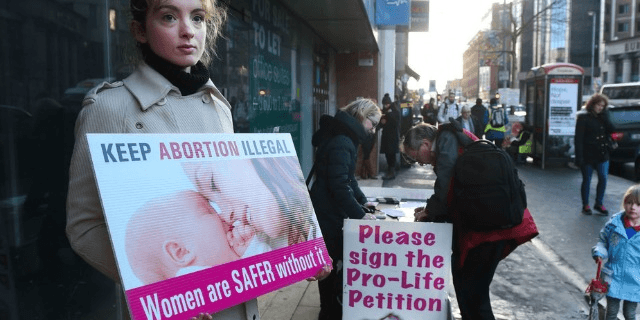 News hasn’t gotten any better from the Republic of Ireland since the abortion referendum on May 25—turncoat taoiseach Leo Varadkar has already indicated that while individual medical professionals may be permitted conscientious objection to abortion, institutions will not. In other words, he and his government plan to force Catholic hospitals to provide abortions on demand. A politician who ran as a pro-lifer is now planning to make feticide, which is still technically illegal in the Republic, mandatory even for religious institutions. It is hard to put into words how disgusting the betrayal of Ireland’s politicians is.

On the more encouraging side, the pro-life policies of Hungary seem to be paying off as the government of Viktor Orban strives to pull the nation out of their demographic death spiral and encourage healthy families. Abortion numbers have dropped by over a third since 2010—from 40,449 to 28,500—and those statistics are complemented by a surge in marriages (35,520 in 2010 to 50,600 in 2017) and a plunge in the divorce rate (23,873 in 2010 to 18,600 in 2017). Despite near constant demonization from much of Western Europe, Hungary is seeing real progress as a result of their family-centric legislative program.

Europe’s last two pro-life nations are also resisting the inevitable pressure of the pro-abortion elite in the wake of the Republic of Ireland’s decision to remove the right to life for pre-born children from their constitution. In a mixed victory, the UK Supreme Court dismissed an appeal brought by the ironically-named Northern Ireland Human Rights Commission—although a majority of the judges still indicated that Northern Ireland’s existing laws, which render abortion illegal, were “incompatible” with human rights law due to the lack of exceptions for fetal abnormality or abortion in the case of sexual assault.

Northern Ireland, for the time being, remains the only part of the United Kingdom where the 1967 Abortion Act does not apply. Pro-life activists are mobilizing to lobby politicians—who thus far have promised that they have no intention of changing the status quo—and beginning the hard work of mobilizing Irish pro-lifers for the battle. I interviewed Bernadette Smyth, the leader of the Belfast-based pro-life organization Precious Life, earlier this month, and she noted that abortion activists should know that the result of the abortion referendum in the Republic had by no means left the pro-life movement “dead on the battlefield,” promising a massive fight to keep abortion out of her country.

In the tiny former British territory of Malta, where abortion remains a crime under Section 162 of the 2011 Crimes Act of Gibraltar, a government spokesman responded to questions and demands that Malta become the next country to liberalize abortion laws by stating bluntly that, “The Cabinet has not considered changing this [abortion] policy.” Abortion activists, predictably, have responded angrily, with one obliviously claiming that abortion is “a human right. We cannot be the last progressive nation in Europe to have this restriction on women.” If Malta holds firm, the Rock may be the last truly safe place for pre-born children in Europe—something which will infuriate the feticide fanatics who have just finished their wild celebrations in Dublin.

In one final bit of good news, last month the parliament of Portugal rejected euthanasia once again, with the centre-Left Socialist government attempting to legalize the practice, but losing that bid by a narrow 115 votes to 110. Suicide activists, too, are relentless—some are already suggesting that because the population of Ireland was so enthusiastic about abortion, perhaps it is time for assisted suicide to come to the Republic, as well. In the meantime, dissidents to the Culture of Death in each country are fighting tirelessly to protect the young, the disabled, the elderly, and the vulnerable. Two thousand years ago, Christians were recognized as those strange people that rejected the killing of infants and the old. Soon, if the advocates of abortion and euthanasia have their way, that reputation may return.

Prison officials swamped by male convicts identifying as female in order to get sent to female prisons
January 22, 2020