Yesterday, over 350 pro-lifers faced off with around 250 abortion supporters in front of PC MPP Will Bouma’s office in Brantford, with the crowds growing so large that the police shut down the street. The abortion debate that many politicians continued was obviously very much open.

After Bouma spoke at the Toronto March for Life earlier this month, several pro-choice organizers decided to organize a protest in front of his constituency office to highlight their opposition to his stance and to inform him that he did not speak for them. A number of Bouma’s constituents decided to organize a counter-rally to show Bouma their support and to thank him for his stand for pre-born human rights.

I waited to write my own report on the rallies because I wanted to see what the mainstream media would write first—in my experience, their analysis is often skewed and intentionally inaccurate. I was pleasantly surprised, as both the CBC and the Brantford Expositor at least attempted to achieve some level of fairness. The CBC both quoted my friend Maaike Rosendal’s perspective and published several photographs of the pro-life attendees (which may seem like an obvious thing to do, but is actually an aberration from the media’s usual attempts to portray the pro-life movement as a group of elderly priests.)

The CBC’s estimated crowd size was way off, but the Brantford Expositor had a more accurate reported number of around 800, and also included the pro-life perspective:

“I organized this because people were saying Will Bouma didn’t speak for them, but what about us?” said Maaike Rosendal, who is 37 weeks pregnant. “My child has no human rights in Canada. (Prime Minister) Justin Trudeau said the abortion debate is over but look around.”

Rosendal said both groups called for respect and, despite the deeply divided opinions, the protest stayed safe. She estimated about 350 pro-lifers were in attendance and said the younger generation, with an eye toward human rights, is increasingly coming around to a pro-life view.

What the media did not report (as I suspected) was the fact that the abortion supporters attempted to shout down the pro-lifers, with one especially obnoxious activist outfitted in the Radical Handmaid’s red cape and bonnet (another wore the red cape and T-Rex costume on her head for some reason) doing some impressively loud shrieking. The pro-lifers, by contrast, respectfully allowed one of the leading pro-choice organizers (a young woman with green hair) to read her group’s list of grievances to Bouma, who came out to listen respectfully around 4:15 PM.

The media also ignored all but the most tasteful pro-choice signs. While the pro-lifers wielded signs with statements such as “I support Will” and “Vote Pro-Life” and “We love Babies,” the abortion supporters waved banners with slogans such as “If you cut off my reproductive choice, can I cut off yours?” with scissors sketched next to it. One angry-looking woman arrived with a placard reading “Witches Supporting Other Bitches,” and stood near a fellow holding a sign featuring pro-life MPP Sam Oosterhoff and the slogan (which contains more than hint of violence): “A Problem An Abortion Could Have Solved.” And when Bouma first came out of his office, a group of abortion supporters began chanting “Get a vasectomy! Get a vasectomy!”

I mention this not because I am surprised—I’ve seen far, far worse behavior from the pro-choice crowd before. I point this out simply because if it was pro-lifers chanting ugly slogans like that or wielding signs expressing a wish that their opponents had been aborted, you can be assured it would have been breaking news on CBC channels across the country and cited as evidence of the pro-life side’s profound defects. The abortion activists, however, do not have to be concerned about the crudeness (some signs had slogans that I will not bother to repeat here) of their supporters, because they can be assured that the media will faithfully ignore such things and instead seek out more sympathetic representatives to ensure that the abortion activists look good despite their behavior.

That said, the rally was an enormous success. The pro-lifers rallied to show Will Bouma and all pro-life politicians that when they stand for the human rights of all human beings, they can count on vocal support. At one point, the abortion supporters began chanting “We vote! We vote!” And indeed, if a vote had been taken as to whether or not Bouma’s stand for life was appreciated, he would have won that vote handily and definitively. 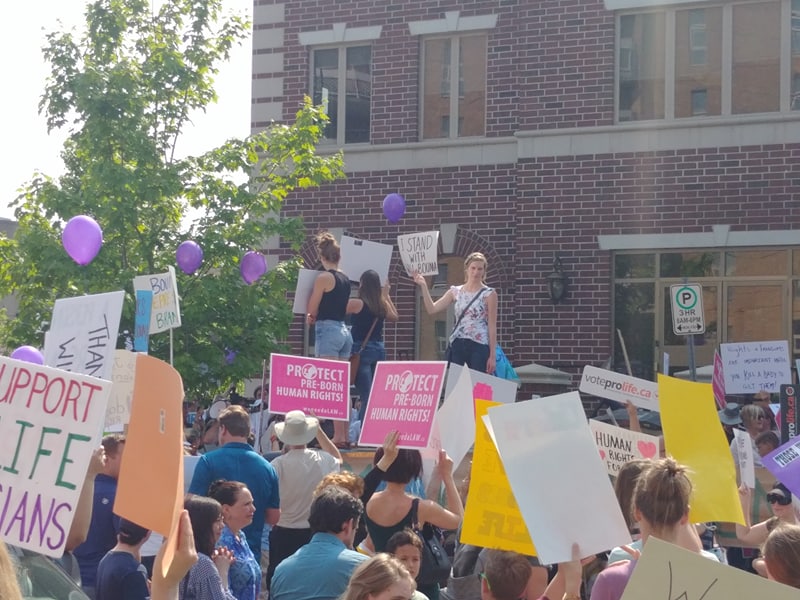 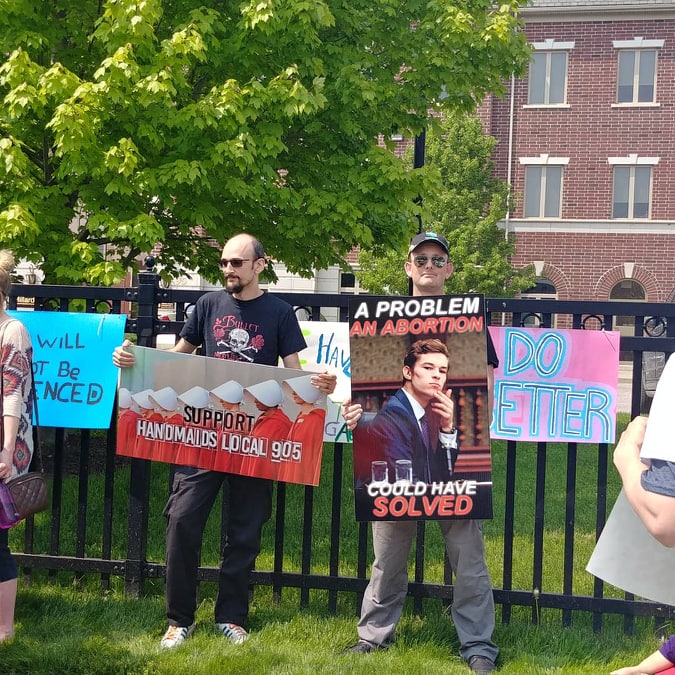 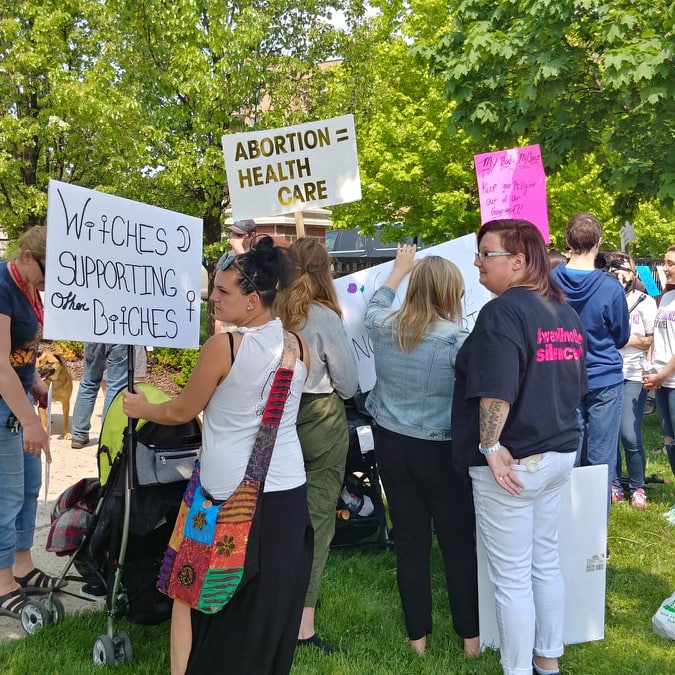 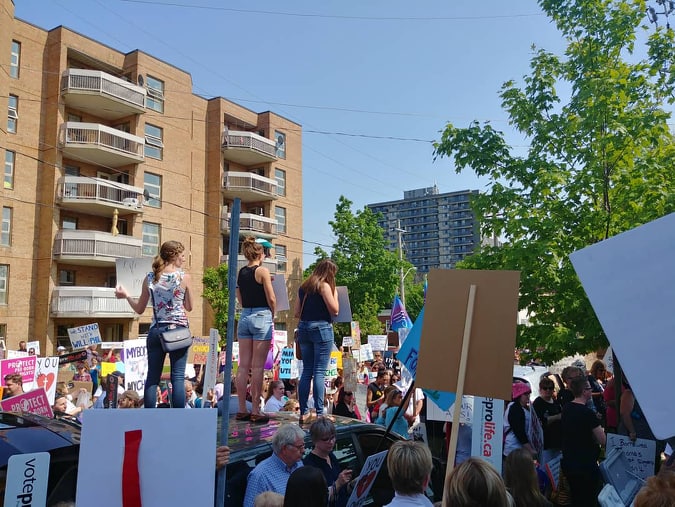 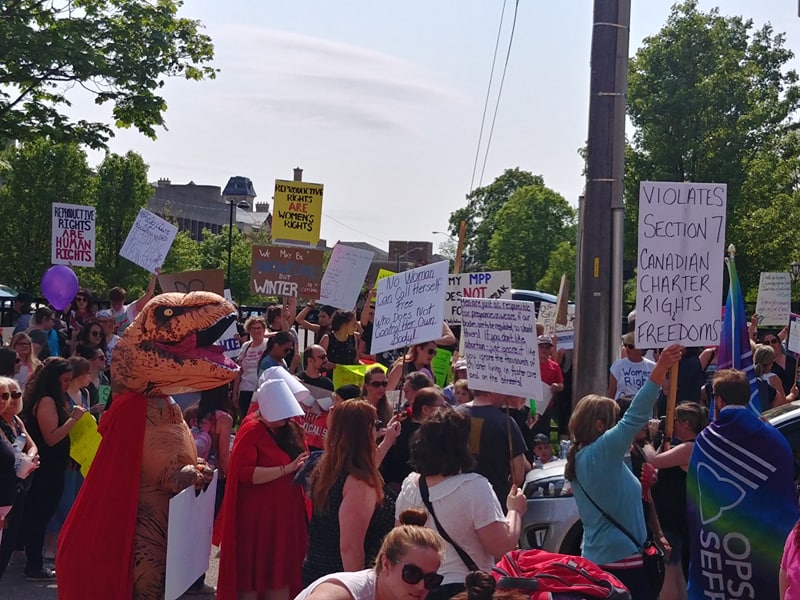