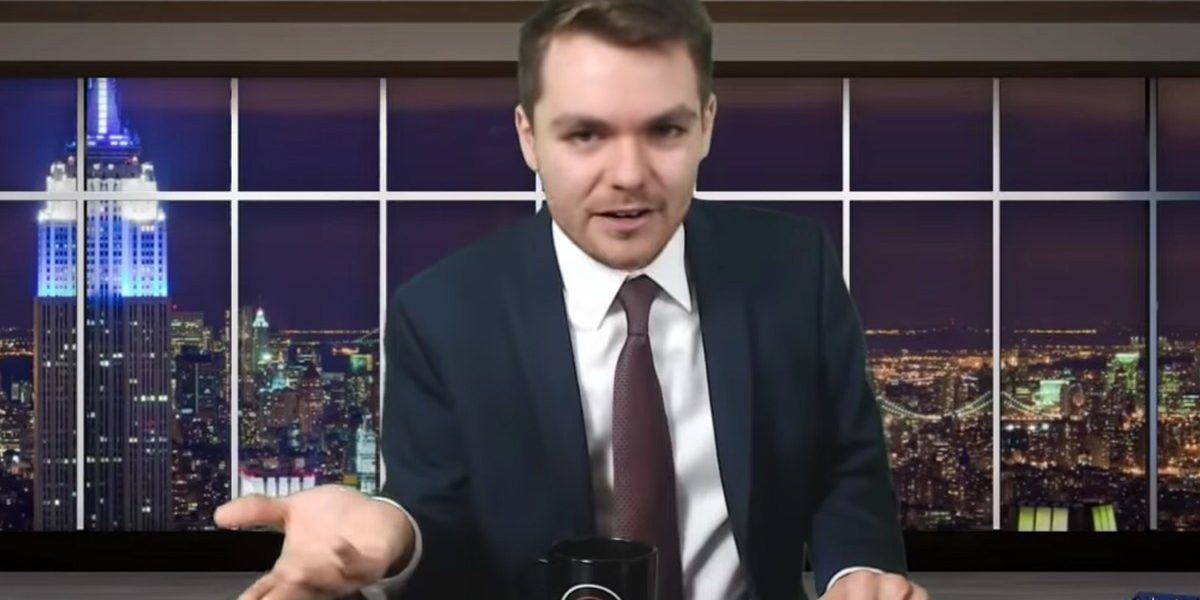 It’s been awhile since I wrote about the alt-right, and there’s a good reason for that: After the murder of a protestor at the Charlottesville Unite the Right rally in 2017, the movement (such as it was) seemed to run out of steam. Men like Richard Spencer, with the exception of a bizarre appearance on CNN, seemed to vanish overnight, and the ugly anti-Christian nature of the alt-right increasingly became increasingly clear. These were people trying to resurrect the garbage ideology and junk science that drove the eugenicists nearly a century ago, and as such, they are also very opposed to the pro-life movement, as well. The alt-right had been initially treated by some as an edgy bunch of Gen Zers (and David Duke) who like to trigger the Boomers by trotting out anti-Semitic tropes and racist slurs. As it turned out, they were just sad Jew-haters and bigots who liked to spew vitriol from a fire hose.

But now, interestingly, the certain alt-righters appear to be attempting a re-branding. Led by twenty-two year old Nick J. Fuentes, who runs the America First podcast, they are claiming to be the real conservatives who are genuinely standing up for Christianity in America against Conservative Inc. (a term that appears to have replaced “cuck”), and they’ve attracted attention by heading to events hosted by Turning Point USA, a campus conservative outfit run by Charlie Kirk. Kirk, who spends nearly all of his time stumping for the Trumps, has thus found himself the recipient of all sorts of leading questions by “America Firsters” who believe that he and other Conservative Inc. folks (like Dan Crenshaw, of all people) have betrayed Donald Trump’s base on key issues like immigration.

The alt-right’s Fuentes Facelift needs to be pointed out, because although Fuentes is attempting to recast himself as a non-racist, non-anti-Semitic, Catholic, genuinely conservative, patriot version of the alt-right that was roundly rejected over the past several years—a sort of Richard Spencer 2.0—that is what makes him more dangerous. Spencer’s support always had a hard ceiling due to his hostility to Christianity, his opposition to the pro-life movement, and his revealing honesty about what he actually believed. Fuentes, on the other hand, is consciously attempting to make himself palatable to the conservative mainstream, especially those who are frustrated by the Trump Administrations’ failures on immigration and the pervasiveness of grifters in the conservative movement at large.

But my oft-stated view is that we should take these folks at their word, and that when they state their beliefs, we should believe that they mean it. With that in mind, I think it is important—especially as Fuentes gains high-profile supporters such as Michelle Malkin—to review what Fuentes himself has actually said in order to determine whether or not he is actually different in any meaningful way from Spencer and his ilk. Fuentes has been accusing those who have reported on things he has said—publicly, on his podcast—of doing the work of Media Matters and subjecting him to left-wing smear tactics in order to cancel him. But it must be pointed out here that the following statements (much reported on elsewhere, I should note) were not uttered by him in private. These are his publicly stated views.

Fuentes has defended himself against accusations of being a Holocaust denier by claiming that his comparison of the Holocaust to the Cookie Monster baking cookies, in which he expressed his dubiousness that it would be possible to “bake” six million of them in the available ovens, was just an edgy joke. But in another comment on his podcast, he asserted that Hitler killed between 200,000 to 300,000 Jews, rather than six million. The comparison alone is repulsive in the extreme, but it would appear that Fuentes actually believes the talking points promoted by Holocaust deniers despite his own denial. Add to that his use of slurs like “Jewy Jewstein” and referring to writer Matt Walsh as “race traitor” who “works for Jews.” He’s also referred to Walsh’s boss, Ben Shapiro, as a “cookie.” If you want to defend that, go ahead. But I’m going to do Fuentes the service of believing that he believes what he says.

Fuentes has also openly admitted that he believes the alt-right is now a toxic brand due to the actions of people like Spencer and Duke, which is why he now declines to identify with it—despite the fact that he holds a lot of their precise views. It is not the views of the alt-right he has a problem with, it is the people who have ruined the reputation of the movement. He’s also bullish on segregation, noting that “Even if it was bad, who cares?” He goes on to brag that his podcast is doing the hard work of waking people up to what is actually going on. In short, Fuentes is furthering the very views Spencer and the alt-right were trying to mainstream, but portraying himself as an ordinary campus conservative and a good Catholic boy. A brief look at the sorts of things his followers say on his Twitter feed will tell you a lot about the sort of folks he is attracting and the sort of racial rhetoric he is encouraging.

In response to this article, I’m sure I’ll get a host of responses demanding to know whether or not I think Fuentes is always wrong. The answer to that, of course, is that the reason Fuentes is dangerous is that he’s not always wrong. His anti-Semitism and racism—and again, read his own words and judge for yourself whether those words accurately describe his sentiments—are mixed in with plenty of boilerplate conservative talking points on a host of issues. But as I’ve said many times before, those who seek to introduce this sort of poison into the mainstream should be actively prevented from doing so. Fuentes attempts to disguise his views by claiming, for example, that he regrets having attended the Charlottesville Unite the Right rally, and that he’s only joking when he parrots the talking points of Holocaust deniers and racists. Considering the prevalence of this rhetoric throughout his body of work, I frankly don’t believe him. A spoonful of conservatism shouldn’t help the poison go down.

It is more likely, in my opinion, that Fuentes has seen the implosion of the alt-right and the marginalization of those who peddled the poison with alarm, and realized that if he wants his career to have any sort of longevity, he’s going to have to pivot, disavow those he used to run with (there are interviews of him agreeing whole-heartedly with Richard Spencer, for example) and attempt a rebranding as a mainstream, albeit more gritty and “realistic” conservative. His problem is that he’s already put his views out there, over and over again—and if he had actually repudiated them, he wouldn’t be calling Matt Walsh a “race traitor” for working for Ben Shapiro as recently as a few months ago. I’d be interested to hear what he thinks a “race traitor” is and how one becomes such a traitor, exactly.

Fuentes probably wants people to believe that his racist views and anti-Semitic ramblings are youthful indiscretions or edgy jokes or trolling. (A claim made difficult by his condemnation of “race-mixing” during a video in which he was defending himself.) He’s obviously hoping that he can take cover behind the fact that progressives like to call anyone they disagree with a racist, and that thus he can mingle with the innocent and pretend that he, too, has been falsely accused. But unfortunately for him, the mask keeps slipping and the Real Nick Fuentes keeps on popping up like a bigoted jack-in-the-box.