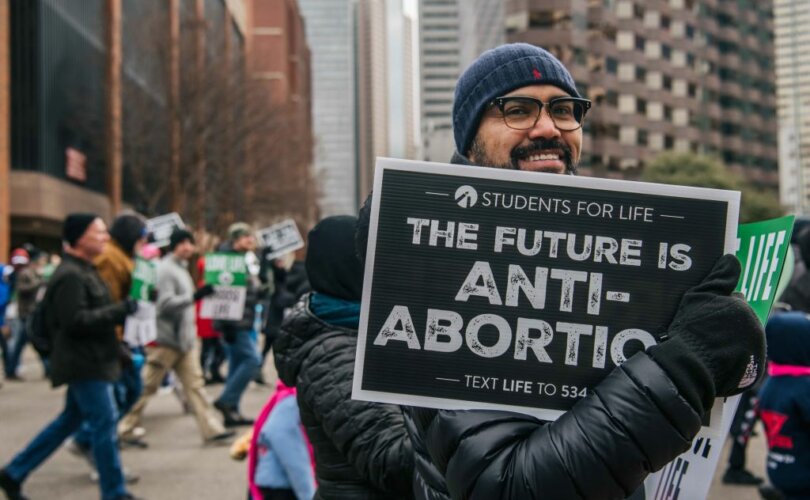 DALLAS, TEXAS – JANUARY 15: Pro-life demonstrators march during the “Right To Life” rally on January 15, 2022 in Dallas, Texas. The Catholic Pro-Life Community, Texans for Life Coalition, the Catholic Diocese of Dallas, and the Diocese of Fort Worth North hosted the Texas March for Life rally where people gathered to instigate the overturning of Roe v. Wade, a Supreme Court decision that permitted states throughout the country in legalizing abortion under certain regulations. The 49th anniversary of the decision to legalize abortion falls on January 22. (Photo by Brandon Bell/Getty Images)