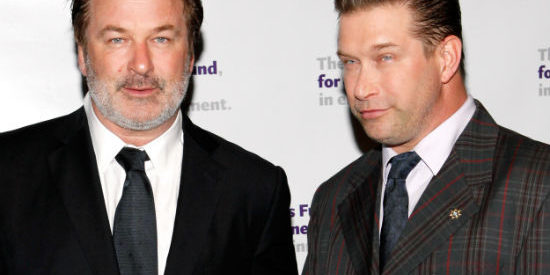 If there’s one thing that many conservatives have traditionally hated doing, it’s recognizing that the left has conquered virtually every aspect of mainstream culture: Hollywood, the mainstream media, the music industry. Left-wing politicians have a horde of attractive movie stars and musicians to headline their rallies—conservatives have had virtually none. When a celebrity utters something that can be briefly construed as conservative, that person is immediately given a platform and heralded as evidence that the conservative movement is, in fact, trendy. Why do you think Donald Trump appeared on Fox News every week prior to his presidential run?

Conservative attempts to appeal to the “trendy” have never worked particularly well, perhaps because conservatism is, by definition, not “trendy”—something conservatives have not been very good at admitting. It’s why conservatives pounce gleefully onto any statement made by a celebrity they think possesses cultural capital—and it’s why Arnold Schwarzenegger can become governor of California, and it’s why reality show star Donald Trump can clean house in Republican primaries. In a culture addicted to celebrity, where the vast majority of celebrities are firmly in the liberal camp, conservatives have had a habit of elevating those who throw them a bone. The results are never worth it.

Attempts to reach out to youth are often embarrassing and cringe-worthy. Six years ago, I attended the Conservative Political Action Conference in Washington, DC with one of my university pals. We were there for the same reason every one else was—to hear governors like Mitt Romney and Tim Pawlenty, guffaw at then-Fox-news-host Glenn Beck and then-conservative Ann Coulter, and cheer for Dick Cheney and Andrew Breitbart. But CPAC had something special in mind for us. As non-gray-haired conservative youth, we were entitled to join their attempt at youth outreach: XPAC. This apparently exciting acronym was accompanied by the irritating subtitle “Epic Nites,” which insinuated that young conservatives appreciated intentional misspelling.

Epic Nites, which was hosted in a large conference room featuring Guitar Hero and other video games, was run by syndicated radio host Kevin McCullough and Stephen Baldwin of The Usual Suspects (and Alec Baldwin’s brother.) I appreciated their efforts, but the attempts to make conservatism cool were tone-deaf to say the very least. “I know you don’t hear the word ‘gnarly’ too much in conservative circles,” Baldwin announced to a few bored-looking students, most of whom simply wanted free food, “but you’re gonna start hearing it in the future!” Ugh, I hope not. Most students trailed out fairly quickly, looking as sleepy as Ben Carson during a Republican primary debate.

At the end of the day, young conservatives opted to choose one of the many other events being hosted around the city or join the libertarians and Ron Paul fans at the bars to hit on the Campaign Liberty girls. It turned out that “conservative rappers” were not considered “gnarly,” whatever that means.

I’ll be the first to admit that conservatives have to do a better job impacting the culture. As Mark Steyn spent his last book pointing out, we can’t elect a handful of conservative politicians every year and then expect them to white-water raft up the sewage rapids of pop culture. But at the same time, we can’t pretend that a political ideology once based on the preservation of tradition, the protection of the family, and the supremacy of God can be represented by pro-abortion, philandering, spray-tanned empty suits like Donald Trump and Arnold Schwarzenegger just because one convincingly imitated a strong leader on a reality TV show and the other single-handedly shot thousands of terrorists in the space of a single movie scene.

Conservatives have been very good at highlighting the cesspool pop culture has become. We’ve been good at mocking reality television, and the idea that just because someone with a head full of silicon plays a convincing nymph in the movies, it doesn’t mean their political opinion on abortion should be heeded. But what we haven’t been good at is practicing what we preach. We can’t have it both ways. But when we join in the culture’s addiction to celebrity, it turns out that Donald Trump can.