Despite what trans activists say, there ARE cases of biological men in girls’ bathrooms 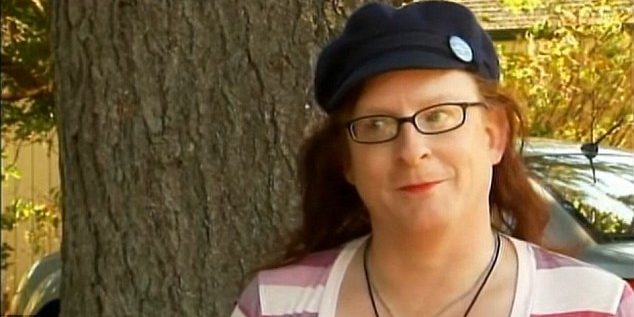 Trans activists—like many of their friends in the LGBT movement—have a very particular strategy. First, they claim that what they are demanding of society “won’t impact anyone else.” Then, they prove that the opposite is the case—and that they are more than willing to force everyone else in society to do and think just as they say, or else. The Left is not immune to these attacks, either—several prominent gay marriage campaigners, including Andrew Sullivan, have been unceremoniously rejected by the movement they propelled forward for supporting freedom of speech and religious liberty. And famously, trans activists are consistently at odds with radical feminists, who are understandably suspicious of the idea that a man can claim to know what it is like to be a woman in the first place.

Trans activists constantly dismiss the idea that there can be any problem whatsoever with biological men claiming to be women entering the girls’ bathroom, and that scenarios where girls might be exposed to male genitalia are merely transphobia and fear-mongering. I’ve seen that accusation flying around a lot lately—calling someone a bigot is far easier than responding to their concerns—and so I thought I might remind everyone that these scenarios are not just hypothetical. They have happened before. Consider this, for example, from the Daily Mail in 2012:

A transgendered man permitted to use the women’s locker rooms at a Washington college has created uproar among parents who say their children have been repeatedly exposed by him. At the center of the controversy, Colleen Francis, a 45-year-old student at Olympia’s Evergreen College who identifies as a woman but with male genitalia, says she has a right to use the facilities and the school agrees.

‘The college cannot discriminate based on the basis of gender identity,’ Evergreen Spokesman Jason Wettstein told KOMO. ‘Gender identity is one of the protected things in discrimination law in this state.’ Taking their own action, however, parents of children who use the facility – sharing the pool’s locker room with a high school swim club and children’s swim academy – have turned to the police.

‘[A mother] reported her daughter was upset because she observed a person at the women’s locker room naked and displaying male genitalia,’ a police report filed by a 17-year-old’s mother in September read. A second report filed by an outside swim coach stated having ‘observed Colleen sitting with her legs open with her male genitalia showing’ in the sauna before telling her she had to leave and calling police.

‘Little girls should not be exposed to naked men, period,’ David Hacker, senior legal counsel with the Alliance Defending Freedom told Fox News. Contacted by upset parents, the alliance has warned the college to readdress their permission.

That doesn’t seem like such a controversial point, does it? “Little girls should not be exposed to naked men, period.” That seems perfectly reasonable—or at least, it was a few years ago. Now, making that point is transphobic—just like pointing out that children seeing nude men at Pride events is also extraordinarily inappropriate, and a very short time ago, in a saner age, would have been considered creepy. But the college didn’t feel like they could trample the rights of this guy—his so-called “right” to use the facility of his choice apparently trumped the right of girls and parents to feel safe in the privacy of a locker-room:

The college retorts that they’re only following state law and have since put up privacy curtains for the women who may feel uncomfortable.

‘This is not 1959 Alabama. We don’t call the police for drinking from the wrong water fountain,’ Ms Francis, the student at the heart of the issue, spoke out to KIRO.

That swim coach who called police that day says she did apologize to Ms Francis for questioning her, ‘bus she also explained there were girls 6 to 18 years of age and they were not use to seeing individuals in situations like this.’

The school has since set up a smaller, isolated section of the locker room for girls to change in, until the matter is resolved

Got that? Instead of just telling the ridiculous Francis that comparing his right to take his penis into the girl’s bathroom to the right of African Americans to be treated like equal citizens is disgusting, the college instead catered to him rather than to everyone else, and set up a special safe space inside the girl’s bathroom where girls could change without any risk of a guy seeing them, and where they could be fairly certain they wouldn’t spot any male genitalia.

So when the trans movement claims that “hypothetical scenarios” of biological males cropping up in girls’ bathrooms are merely “fear-mongering,” maybe point out that this has already happened—and that most reasonable parents do not want their little girls in the same bathroom as delusional men.