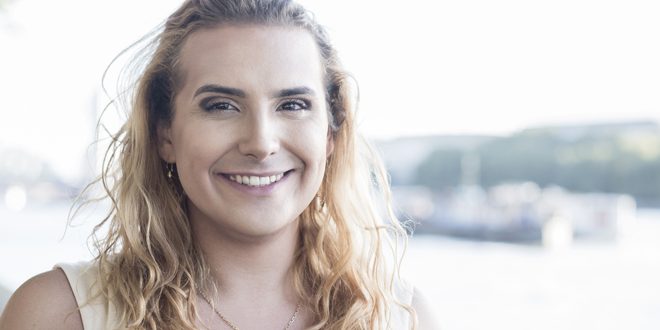 Trust The Atlantic to be able to pump out 1,800 words on whether or not we should abandon the term “guys” because it is too male-centric. Titled “The Problem With ‘Hey Guys’” and covering the issue in excruciating detail, the article seems at first glance to be one of those standard feminist pieces objecting to a word that has been traditionally considered male, but is now generally accepted as gender-neutral—although it doesn’t veer into the ludicrous, like Prime Minister Justin Trudeau’s famous “peoplekind” comment did. One paragraph, however, stood out:

In my reporting I heard from several people who said that the word is particularly troubling for trans and gender-nonconforming people. “As a transgender woman, I consciously began trying to stop using guys some years ago,” says Brad Ward, a college counselor at a high school in Atherton, California. She added, “When I’m included with a group that is called guys, there’s some pain, since it takes me back to my male days in a way that I’d rather not go.”

I’ve only got one observation to make here, since it appears that those of us who have not guzzled the gender-fluid Kool Aid must occasionally point out that the Emperor Has No Clothes: Are we to believe that someone who is named Brad is triggered by the word “guys,” because it flashes him back to his “male days,” when he was also named “Brad,” which happens to very much be a male name? Or is this just another case of a transgender person claiming that something perfectly reasonable and ordinary is in fact the source of pain and trauma in order to trigger the bowing and scraping on the Left that their new status demands?

I’d say we should just ask Brad, but I think that’d probably be too confusing.