In a perfect example of how insane the transgender movement has become, the Twitter user “Feminist Roar” posted a screen cap of a tweet from Toby Sinbad Walker that more succinctly displays the staggering self-absorption of the transgender movement than anything else I’ve seen yet: “Trans patients were called last week and informed their long-awaited top surgery had been cancelled to let more cancer mastectomies happen. It’s not their responsibility. Our surgery is not cosmetic. Transgender wait times are fatal and I #WontDieWaiting.” 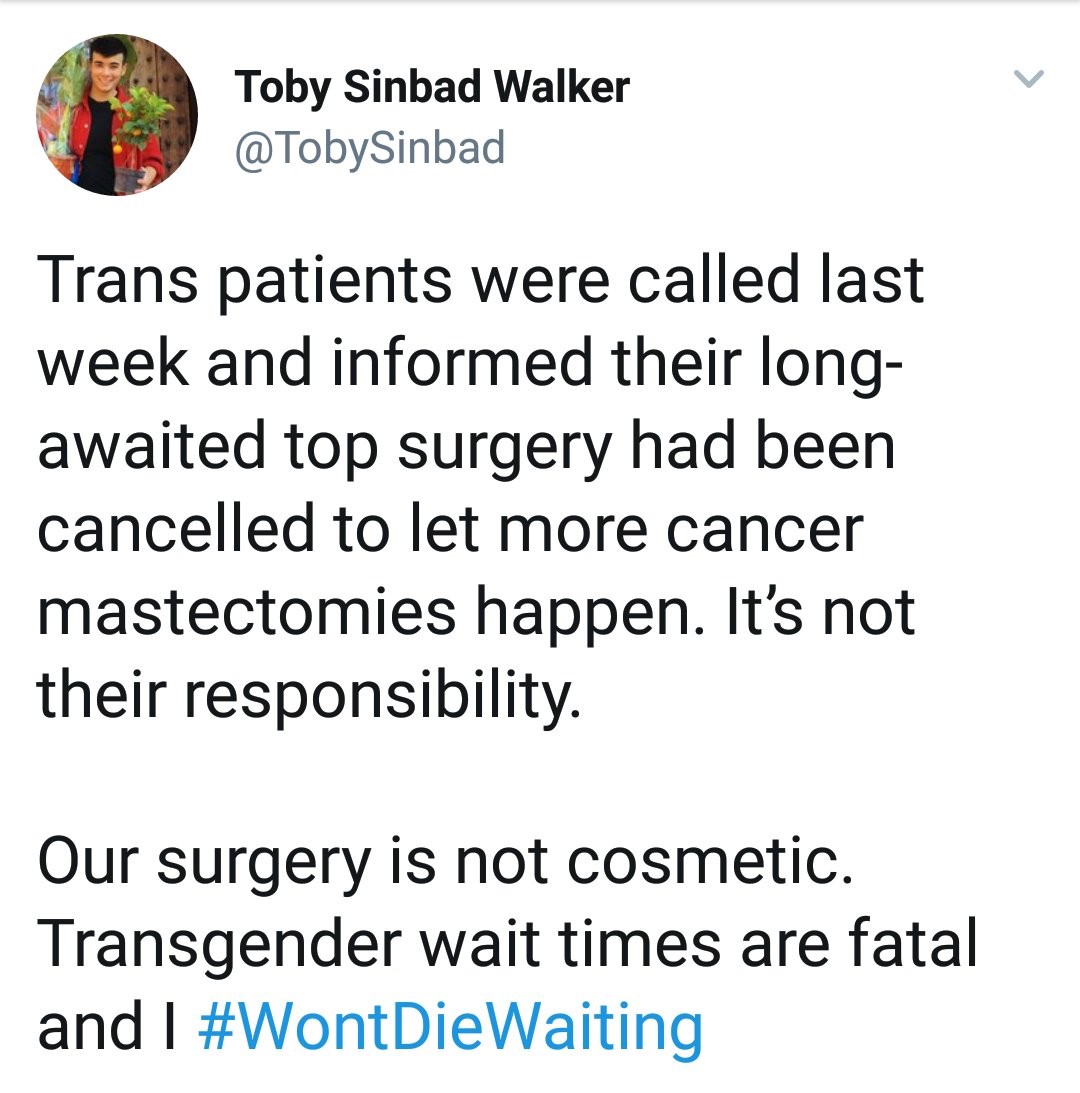 Following that tweet was a long discussion in which many trans activists actually weighed in and said that trans people getting perfectly healthy breasts surgically removed due to gender dysphoria was just as essential as women suffering from breast cancer getting life-saving surgery. Several stated that there was no good reason to force physically healthy women to wait for their mastectomies simply because cancer patients needed operations, because their operations were somehow just as important. In short: The delusions of mentally ill people must be catered to, and cancer patients can get in line–regardless of the possible danger to their lives.

It is this sort of thing that is ensuring that the transgender movement becomes increasingly repulsive to most ordinary people.