On December 16, 1985, a little girl was born in Vancouver General Hospital. No joy greeted her arrival—her birth mother had already tried to have her aborted at an abortion clinic just across the border in Bellingham, Washington and had only come to VGH due to complications. Hospital staff delivered her into a bedpan. The pan was then swiftly carried off by Vera Wood, a senior nurse, and according to court documents was placed in the room where “dead foetuses were stored.” She was “moving, gasping, and crying weakly,” but it was assumed that she wouldn’t last long. They never did.

A year later, nurse Kathryn Larouche told the Vancouver Sun that “there were a couple of people…I don’t want to say who. They told us, ‘Don’t do anything. Leave it alone. It will die.” The attending doctor told nurses not to bother resuscitating the child.

Her name was Ximena Renaerts, and she wanted to live. When the nurse checked back on her about a half hour later, she was still alive—a defiantly wheezing baby in a room meant for dead babies. Ximena was supposed to be a corpse, too—she’d already been thrown out. But as she kept on breathing, in and out, the hospital staff decided that it was probably best to call a nursing supervisor, who arrived nearly an hour after the little girl had been born into the cold bedpan. She was still lying in the pan, uncovered and sitting on a stainless steel counter when the supervisor arrived. Moved with compassion, the supervisor initiated a Code Blue and called for the Infant Transport Team. 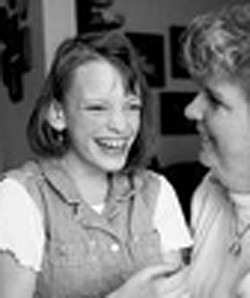 At that point, the little girl had become extremely cold from lying uncovered and untended in the bedpan, and the loss of heat had caused permanent brain damage—but her life was saved. Her story made big news again when her adoptive family sued Vancouver General Hospital for ten million dollars over a decade later, and when faced with the possibility of a public trial, the Hospital backed down and settled with the family (who lived in Chilliwack) for an undisclosed sum of money to be used for Ximena’s round-the-clock care, made necessary by her disabilities. Several police investigations went nowhere, and Vancouver General Hospital did its best to kill the story.

There is some reason to believe that Vancouver General Hospital wanted to avoid a trial because Ximena was not the only baby born alive and left to die—while they insisted that this had never happened before, they stated that no “viable” babies had been abandoned in this fashion, without defining what they meant by “viable” and ignoring the fact that Ximena had not been considered “viable,” either. Kathryn Larouche told the Vancouver Sun that she saw at least three other infants “die after they were delivered alive…We were supposed to turn the other way. We weren’t supposed to do anything.” Due to the emotional trauma these events caused, she and five other nurses quit working for VGH.

Some of you may wonder why I’m bringing up Ximena’s story, all these years later. The reason is simple: Every year, in Canadian hospitals, the same thing is happening to other boys and girls just like her. As I wrote last week, some of these babies—abortion victims who lived just a little bit longer than was intended—are actually issued Canadian birth certificates and death certificates. Pro-life activists try to draw attention to deaths of these children, but they are usually ignored. These dead children are simply considered to be the collateral damage of a society that has allowed abortion up until birth since 1988, and their brutal passing elicits only yawns from the politicians, the media, and the abortion industry.

So perhaps the story of Ximena Renaerts can remind us that these were real children, even if they were so cruelly abandoned that they remained nameless in life and in death. Perhaps our collective national conscience is not so congealed with blood that we cannot feel a twinge when we imagine a tiny little girl, gasping for breath in between little cries that desperately tried to remind those who had abandoned her that she was alive. And then, perhaps, we can set ourselves to work creating a culture that refuses to look away from what we have done, and refuses to walk away from those who need us most.

16 thoughts on “Her name is Ximena Renaerts. She is an abortion survivor who was left to die in a Canadian hospital.”