Hungary’s abortion rate plummets as new family policies are brought in: No income taxes for women with 4 kids 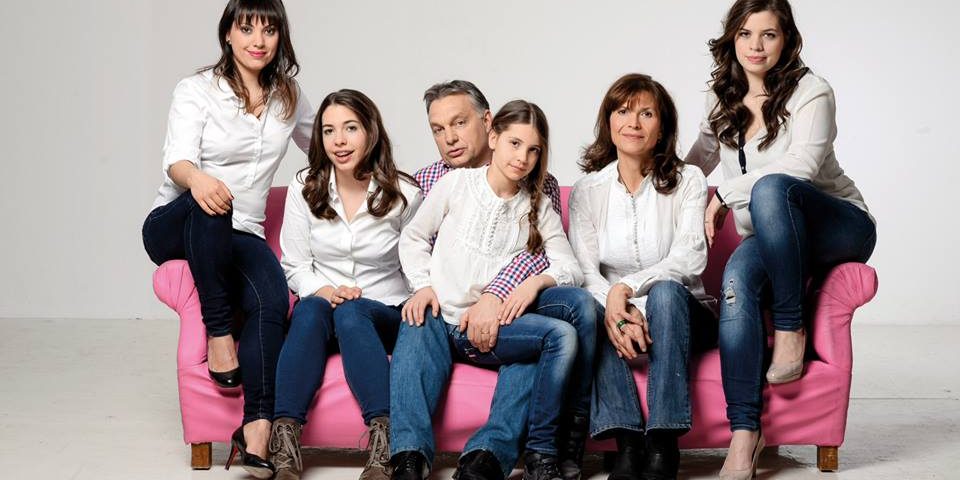 Sometime last year, I got a phone call from a reporter from the Huffington Post who was working on a piece that was obviously intended to be a hatchet job directed at the pro-life movement. She quizzed me intensely on the alt-right and abortion, and seemed genuinely surprised when I pointed out that the alt-right is extremely pro-abortion. She then demanded to know if I supported social programs specifically designed to disincentivize abortion. She genuinely didn’t seem to know what to say when I said that I did, and noted that I’d far rather pay taxes to give women the means to keep their children than to fund abortion here and overseas (which Canada does to the tune of hundreds of millions of dollars a year, cash that could be used to help women with options other than abortion.) After a nearly hour-long conversation, the reporter told me she’d send me a copy of the piece she was working on once it was published. I never heard from her.

That is why the media genuinely doesn’t seem to know how to cover the pro-family policies of Viktor Orban in Hungary (although each article hastens to point out that Orban is on the outs with the EU and that he has been accused of being shady during elections.) Orban is essentially using social programs to incentivize marriage and children, and is doing so in response to a plummeting birthrate. From CNBC:

Measures announced included waivers on personal income tax for women raising at least four children for the rest of their lives and subsidies for large families to buy larger cars. The ‘action plan’ also extended a loan program to help families with at least two children to buy homes. Every woman under 40 will also be eligible for a preferential loan when she first gets married.

The government has also said it will spend more on Hungary’s heathcare system and will create 21,000 creche places. In addition, grandparents will be eligible to receive a childcare fee if they look after young children instead of the parents, Orban said.

“There are fewer and fewer children born in Europe. For the West, the answer (to that challenge) is immigration. For every missing child there should be one coming in and then the numbers will be fine,” Orban said, Reuters reported. “But we do not need numbers. We need Hungarian children,” he said, announcing the incentives program…

Hungarian Prime Minister Viktor Orban addresses the supporters after the announcement of the partial results of parliamentary election in Budapest, Hungary, April 8, 2018.

Orban is a well-known critic of immigration and Hungary’s government caused controversy in the European Union, of which Hungary is a member, when it (along with its eastern European neighbors) refused to allow asylum seekers to enter the country during the migration crisis in the continent in 2015…Like other conservative, nationalist governments in Europe, Hungary is worried about migration and its declining birth rate. Eurostat data from mid-2018, the latest available, shows that the birth rate is continuing to decline in the EU as a whole. In 2017, 5.1 million babies were born in the EU, 90,000 less than the year before. In the same year, 5.3 million deaths were registered.

Orban’s policies have already contributed to a decline in the abortion rate, with LifeSite reporting in 2018 that numbers had dropped by more than a third compared to what they were in 2010—40,449 to 28,500. Divorces also declined, with 23,973 in 2010 compared to 18,600 in 2017 as well as a surge in marriages (35,520 in 2010 compared to 50,600 in 2017.) Interestingly, Orban’s policies prove what Tucker Carlson has been saying to great controversy in the US for a couple of years now: Government’s economic policies play an enormous role in incentivizing or disincentivizing family, and as such social conservatives should consider the role of markets and the government in the breakdown of the family.

A final point: In his seminal book The Strange Death of Europe: Immigration, Identity, Islam, British journalist Douglas Murray makes the point that many Europeans that want children are not having children, and that the elites have made absolutely no attempt to find out the reasons that people are not having kids as well as ways of incentivizing them to do so. Why, Murray asked, are the elites so eager to solve plummeting birthrates in Britain by importing other populations? Viktor Orban is essentially answering that question, and is using the government programs so beloved by liberals to strengthen the family—which is precisely why the elites are so uncomfortable with Orban’s policies, but do not seem to know quite what to say about them.