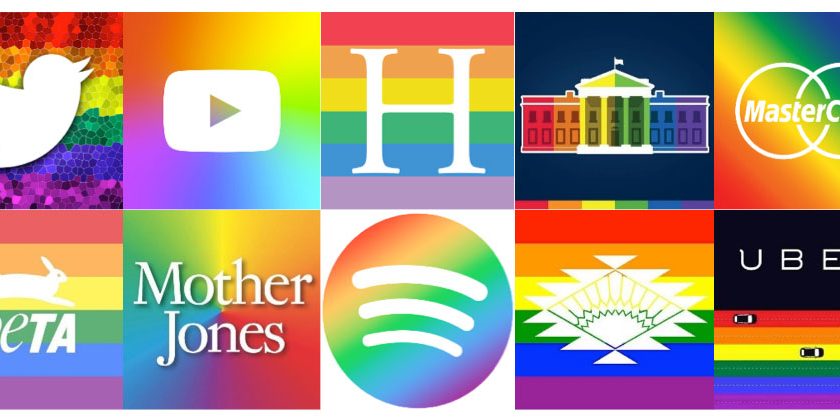 As I noted in my review of Tucker Carlson’s latest book Ship of Fools, the Republican coalition of social conservatives and Big Business has definitively collapsed, with the corporations wrapping themselves in the rainbow flag and throwing their lot in with the Left. The latest evidence of this is a new petition titled “Don’t Ban Equality,” signed by 180 CEOs to signal their disapproval of the recent spike in pro-life legislation passing on the state level. Hollywood, which has apparently forgotten what the #MeToo movement told us about their moral fibre, has also been vocal in opposition to pro-life laws. We’re seeing the entire forces of the elites begin to shift into place for the war over abortion: The entertainment industry, the progressive politicians, the media, and the corporations, all fixing for a fight against a movement that has been defending the pre-born for a half-century with a fierceness that nobody predicted. It is, quite simply, a battle for the future of America. Millions of lives are on the line.

Speaking of corporations and their virtue-signalling, Budweiser—which may not be the King of Beers, but is certainly a staple of unwoke blue collar workers—pulled this ridiculous stunt for Pride Month in the UK:

In observance of “Pride Month,” Budweiser UK has released nine cups to celebrate various stated forms of sexuality or gender identity, including a cup that recognizes “asexual,” “grey-asexual” and “demi-sexual” pride. The popular beer company tweeted about its cups on May 31, including its asexual offering, which features one black stripe, one grey stripe, one white stripe and one purple stripe.

Twitter promptly exploded with mockery, and it appears that Budweiser may have misread their target audience. But it is amusing to consider the corporate hacks who sat there, scratching their heads and trying to figure out how to one-up all the businesses obediently slapping the rainbow on their advertising for the month, and coming up with this babble.

A worrisome new poll shows that the transgender movement may be gaining ground, although I’d like to see the data sets before I take it too seriously (as Peter Hitchens often points out, public polls are commissioned to shape public opinion rather than to reflect public opinion.) From TIME:

More than six in ten Americans say they have become more supportive of transgender rights compared to their stances five years ago, according to a new survey.

The findings from the Public Religion Research Institute, a nonpartisan research organization, show a shift in public perception across political parties. Over three-quarters of Democrats surveyed reported being more supportive of transgender rights now than in 2014. Meanwhile, 64% of independents said they felt this way, and 47% of Republicans did.

Majorities from major religious groups also indicated their perceptions had changed, according to the survey, which contacted over 1,000 people. Nearly 70% of Catholics reported becoming more supportive of transgender rights over the last five years, versus 60% of nonwhite Protestants and 52% of white evangelical Protestants, the findings published Tuesday say.

I’ve been saying for awhile that most people are still not on board the transgender train, and so the time to push back is now. If we do not, the public school system and the entertainment industry will do the job, and the next generation will be thoroughly indoctrinated. We are already seeing signs of that, as transgenderism becomes a social contagion and sweeps through the high schools.

Saskatchewan has approved funding for the abortion pill, meaning that the years-long attempt by some pro-life groups to get abortion defunded in that province (where the majority of voters was on side with the idea) has been a failure. Nunavut is now the last Canadian jurisdiction that has not agreed to fund RU-486.

The New York Times published a front-page story titled “The Making of a YouTube Radical,” detailing one 26-year-old man’s shift towards the right and then back to the left via various YouTube creators and commentators. Unfortunately, the article managed to engage in one of the left-wing media’s favorite tricks: Conflating everyone from Jordan B. Peterson, Ben Shapiro, Dave Rubin, and Joe Rogan with alt-right commentators in an obvious (and lazy) attempt to paint everyone slightly right-of-centre or insufficiently woke with the same brush. This passage was particularly disgusting:

Mr. Cain never bought into the far right’s most extreme views, like Holocaust denial or the need for a white ethnostate, he said. Still, far-right ideology bled into his daily life. He began referring to himself as a “tradcon” — a traditional conservative, committed to old-fashioned gender norms. He dated an evangelical Christian woman, and he fought with his liberal friends.

“It was kind of sad,” said Zelda Wait, a friend of Mr. Cain’s from high school. “I was just, like: ‘Wow, what happened? How did you get this way?’”

So a “traditional conservative” is now someone who is also “far-right,” just a few YouTube videos away from being a follower of Richard Spencer or a Holocaust denier? Dating an evangelical Christian is a sign that something “sad” is happening, prompting woker friends to wonder how someone could possibly “get this way”?

Even more disappointing is the fact that the article was written by Kevin Roose. Roose is no hack—he once went undercover for a semester at Liberty University, the world’s largest evangelical post-secondary institution, and then wrote up his experience in a book titled The Unlikely Disciple: A Sinner’s Semester at America’s Holiest University. It is a brilliantly-written book, and Roose genuinely struggles to understand and connect with his evangelical peers. In fact, he even goes on dates with an evangelical girl, which is a tad ironic considering his recent piece of writing. Perhaps the Age of Trump has tribalized Roose, too, or perhaps he has simply forgotten what he learned at Liberty. Either way, his front page New York Times essay was a sloppy hatchet-job, and he knows better.