Science’s Greatest Scandal: How the enforcers of eugenics locked up men, women, and children in asylums for life 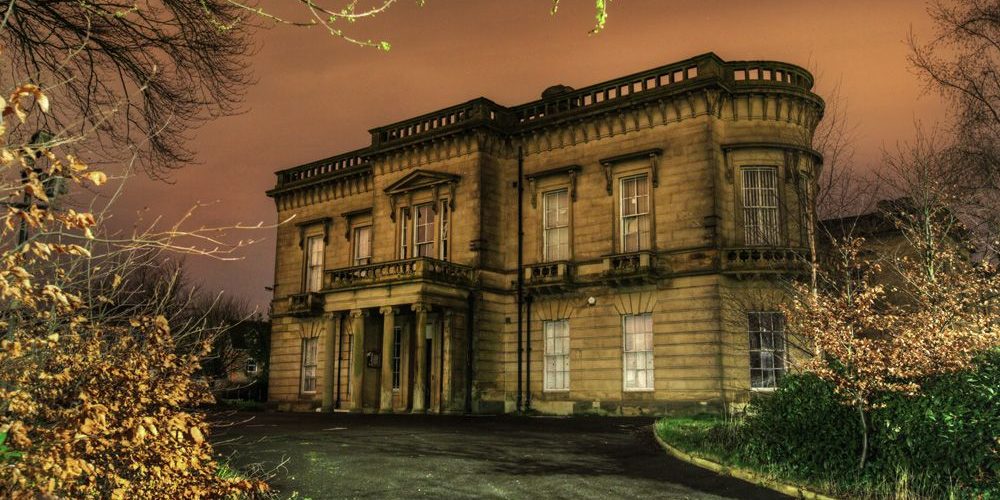 Every so often, the mainstream media surprises me with a spasm of refreshing honesty. Eugenics: Science’s Greatest Scandal, a two-part documentary aired on BBC Channel 4 recently, is one such example. This documentary is a chilling, must-watch insight into very recent history.

Disability rights activist Adam Pearson and journalist Angela Saini took an unblinking look at the origins of eugenics in Great Britain, and to their great credit, they approached the topic with brutal honesty. Saini explored the legacy of renowned eugenicist Marie Stopes, the namesake of the UK’s abortion clinics, and noted that birth control was promoted as a tool of the eugenicists to limit unwanted populations. Saini was obviously conflicted, flinching as one expert explained Stopes’ deeply racist worldview. “But…she liberated us,” Saini said lamely at one point. The unspoken question looms in the background: Perhaps we got “liberation” very, very wrong.

One chilling exploration featured Pearson traveling to Leeds to visit a massive abandoned insane asylum called Meanwood Park. A photographer and archivist, Mark Davies, has become obsessed with the old manor and the poor wretches that were locked up there, and he shared stories with Pearson that sounded like something conjured up by Edgar Allan Poe. The Mental Deficiency Act of 1913 (which wasn’t used until 1919 due to the Great War) meant that “individuals whom were deemed ‘imbeciles’ on grounds of both intellect and morality could be segregated from society and literally locked away in an asylum. The number involved and the loss of freedom, with the benefit of retrospection, is truly shocking and heartbreaking.”

These massive institutions were the places of dark nightmares, and Davies shared the story of one country official named Samuel Wormald, who wandered about the country hunting for “special people”—the blind, the deaf, the dumb—anyone deemed to be mentally deficient or imperfect. They called him the rat-catcher, and he snatched men, women, and children—sometimes off the street—and had them locked up in what amounted to a holding pen for human defectives. When the awful man finally died, he’d had over 2,000 people put in captivity.

Once a person was “committed,” there was no way to get out. To end up in Meanwood Park was to serve an arbitrary life sentence with no opportunity for appeal: If you add up the number of years served by the 35 longest-serving inmates, “who had committed no crime other than being disabled,” the total comes to just under 2,000 years. The only crime of these unfortunates was to be considered abnormal by twisted people like Wormald, who had been taught to think this way by the twisted ideology of eugenics.

It wasn’t just Meanwood Park, either. Entire “colonies” were set up to segregate and imprison those deemed too unintelligent to live with the rest of the population, and once there, the inmates couldn’t learn to read or write or enjoy any freedom. The men and women and boys and girls were kept segregated, and if they became intimate and someone became pregnant, doctors forcibly aborted their children and then sterilized them—even though this was illegal. The only reason that mandatory sterilization didn’t become more widespread was pushback from the churches. This wasn’t so very long ago, either. Some former inmates who were imprisoned in these institutions are still alive, and their interviews were heartbreaking. Their lives were considered worthless, and they were locked away to die out of sight.

Saini and Pearson also take a look at the founder of eugenics, Sir Francis Galton. His career of scientific sadism was derived from his cousin Charles Darwin’s theory of natural selection—although the documentary wrongly claimed that Darwin had no idea that his ideas would be put to such horrific use in order to excuse the secular saint who gave millions the evolutionary theory they needed in order to do away with God. Unfortunately for those who would like to believe that Darwin was unaware of the practical application of this theory, that was not the case: Darwin not only knew, but approved.

As I noted in my 2016 book The Culture War, in his 1882 work The Descent of Man and Selection in Relation to Sex, Darwin himself wrote: “With savages, the weak in body or mind are soon eliminated; and those that survive commonly exhibit a vigorous state of health. We civilised men, on the other hand, do our utmost to check the process of elimination; we build asylums for the imbecile, the maimed, and the sick; we institute poor-laws; and our medical men exert their utmost skill to save the life of every one to the last moment. There is reason to believe that vaccination has preserved thousands, who from a weak constitution would formerly have succumbed to small-pox. Thus the weak members of civilised societies propagate their kind. No one who has attended to the breeding of domestic animals will doubt that this must be highly injurious to the race of man. It is surprising how soon a want of care, or care wrongly directed, leads to the degeneration of a domestic race; but excepting in the case of man itself, hardly any one is so ignorant as to allow his worst animals to breed.”

What Charles Darwin quite accurately described was a Christian society dedicated to caring for its weakest members. What he was decrying, in not so subtle terms, was the fact that the result of Christian charity seemed to him to be a human race containing a significant number of faulty and worthless human beings. The distinction between so-called “civilized men” and savages soon became difficult to differentiate. With Darwin’s theories of natural selection providing the supposedly definitive evidence that human beings were not fundamentally equal and therefore did not need to be treated as such, eugenics became all the rage. God does not make mistakes in creating humans, but natural selection certainly could. This meant that the mentally ill, the handicapped, and the constitutionally weak were not created in God’s image. They were defective accidents of nature.

Sir Francis Galton began doing the work of turning eugenics into an applied science. Ted Byfield’s history of Christianity Unto the Ends of the Earth describes the dark and cruel movement that sprung up:

With the publication of Galton’s book, Hereditary Genius, in 1869, the science of “eugenics” (literally, “good birth”) was born and named. Within two decades it was also a “movement,” promulgating throughout the occidental world plans for selective breeding of the white race, suppression of the yellow race, and eradication of the black race. Among whites, the less worthy should not be allowed to procreate or even associate with higher stock. Confined to “labor camps,” they should be treated benignly, but any violation of the eugenic code would bring a charge of treason. Although most people unsurprisingly felt that Galton had somehow “gone too far,” his defenders portrayed any critics as obstructing scientific advance, just as they had tried to obstruct Galileo, they declared. His cousin Charles was exuberantly in favor, however. “I do not think I ever in all my life read anything more interesting and original,” he wrote.

To their credit, the documentarians do not shy away from the fact that Western society has brought eugenics back in under the guise of so-called “reproductive rights.” Adam Pearson noted that for a child to be diagnosed with Down’s syndrome is often to receive a death sentence: “What does that say about how we treat these kinds of people? Are we as far removed as we think we are from the olden days of asylums and forced sterilisation?”

The answer, sadly, is that we are not, and I’m glad the BBC had the honesty to say so.