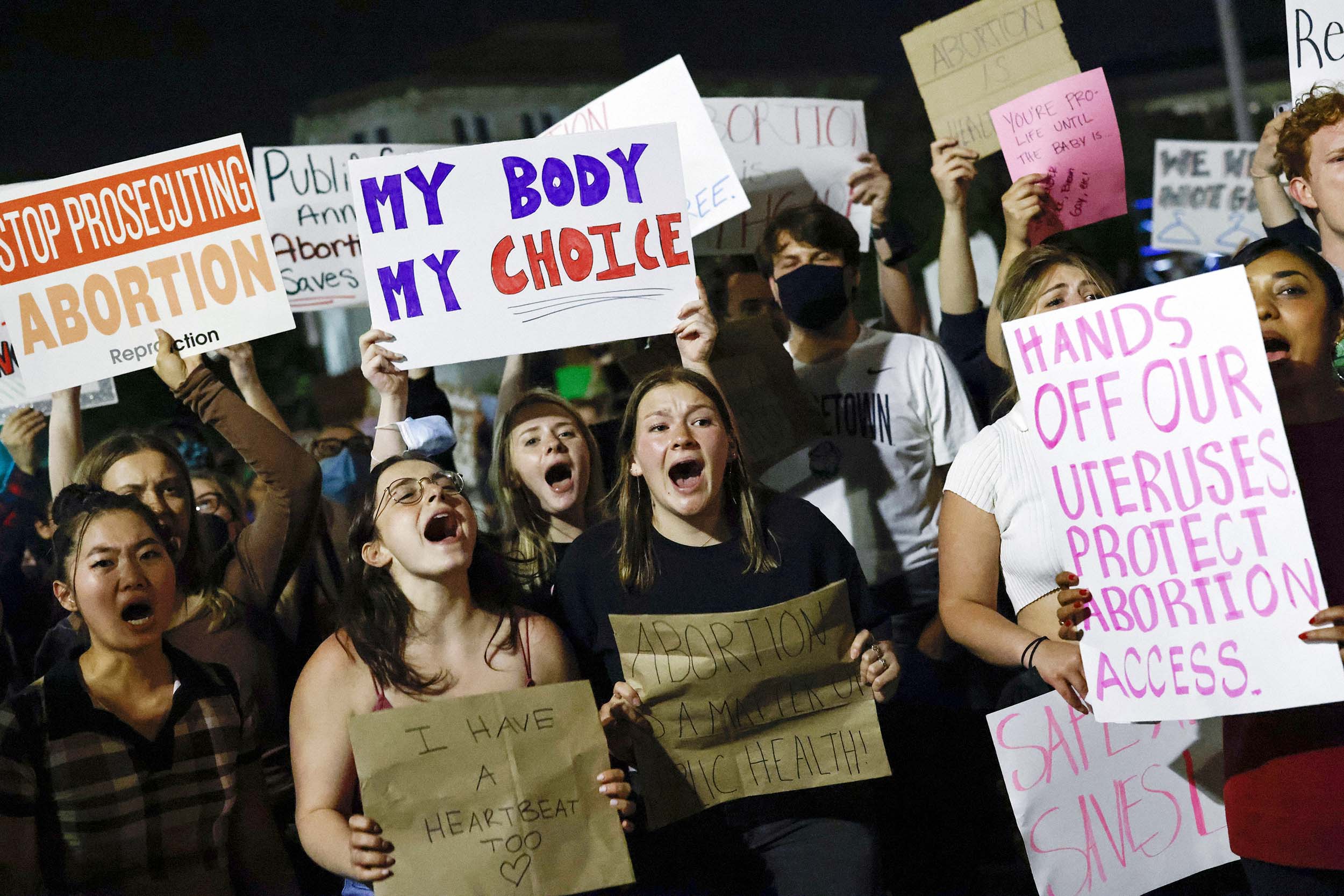 Demonstrators outside the U.S. Supreme Court in Washington, D.C., U.S., early on Tuesday, May 3, 2022. Abortion rights suddenly emerged as an issue that could reshape the battle between Democrats and Republicans for control of Congress, following a report that conservatives on the U.S. Supreme Court were poised to strike down the half-century-old Roe v. Wade precedent. Photographer: Ting Shen/Bloomberg via Getty Images