When Rolling Stone reported on a brutal gang-rape at a UVA fraternity, left-wingers and right-wingers alike recoiled in horror. I read the story myself, and it was truly stomach-turning stuff. For those who claim a “rape culture” in the form of sky-rocketing sexual assault rates on campuses is developing on campuses across North America, this gang-rape was a sordid example of a common-place incident. For those who question the sexual assault numbers and suspect that data is being inflated or even invented, the story was a solemn reminder that genuinely evil things take place and must be called by name.

When the story unraveled under the scrutiny of a number of other media sources, leading to Rolling Stone’s eventual internal investigation and subsequent retraction of the entire story, there were again two reactions. Those who believe rape culture exists on campus were quite justifiably concerned that the concerns of genuine rape victims would now be cast in a negative light. Those who believe that rape culture apologists are simply on the cutting edge of a new moral panic found new evidence that hysteria was dominating the discussion. Many ignored the obvious truth: That campuses are the home of a new, toxic sexual environment fueled by binge-drinking, hook-up culture, and violent pornography. The Left cannot admit that it is the Sexual Revolution that brought us this “rape culture” in the first place. The Right cannot admit that violent pornography is having an appalling impact on the behavior of men. As Nathan Harden underlines in his brilliant book Sex and God at Yale, campuses are often the ground zero of the Sexual Revolution.

Regardless of whether or not Rolling Stone’s gang rape story was accurate, all is not well at the UVA. According to two professors at the UVA, Vigen Guroian and William Wilson, things have not been right for quite some time. They delineate why that is in a brilliant but sobering piece in First Things titled “Sex and Danger at UVA: An Argument for the University’s Complicity in the Destructive Culture of Sex.” Below are a few excerpts:

Over the years, we have listened to our students and have received testimonies in written assignments and ­personal correspondence about the toxic sexual environment that this university and many others have harbored. A recent female graduate of the University of Virginia wrote the following for a class assignment:

Sex pervades almost every aspect of dorm life that I have experienced. I have seen “dorm incest” (the entire floor hooks up with everyone else on the floor), [been] “sexiled,” by my roommate having sex on my dorm bed, and witnessed date rape . . .

Another young alumna describes the dorm life that she encountered when she entered the university.

I arrived at UVA first 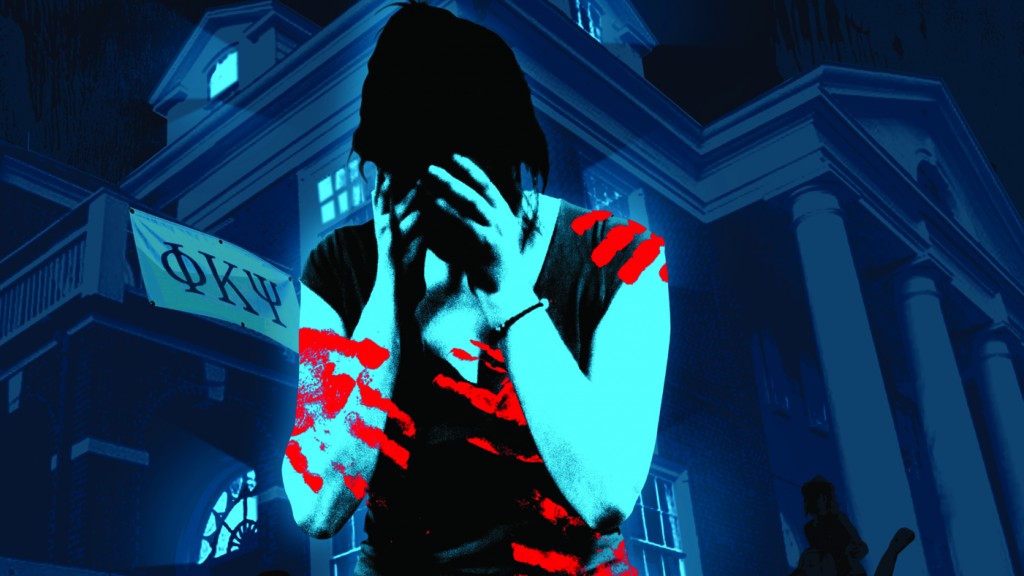 semester just like many other female University students—wanting to make friends, excited for romance (genuine romance), and getting to know bright and intellectually motivated young men and women. Much to my surprise things were not so. . . . I had been thrown with others carelessly into a long-term hotel.

Most of the people in your dorm were in the “friend zone.” Everyone was a “guy.” But even with sweatpants on we recognized we had different body parts and late at night with a couple of beers things got more intimate. We were not so much male and female as we were xx who logically should give xy what they want and what we have. We were all one mutually using and abusing non-family.

Sexual license was actively encouraged and funded by the university. From “Spring-break fun packs” full of condoms and forms of contraception handed out at the student center with a cute note from a pudgy sunshine face wearing shades saying “Have a Fun Spring Break!” to “Sexual Arts and Crafts” flyers plastered on the dorm halls—the message is clear: college is a parent-funded motel party of casual and impersonal, but, yes, “safe sex.”

When arriving at college, seventeen- and eighteen­-year-old young men and women are invited into a jungle, for some, and a carnival, for others, of formless sex with no particular purpose other than recreational pursuits or momentary impulses. Relationships, when formed, are entered into and broken off as though they have been picked up at the bazaar and can be traded when the novelty or initial excitement has worn off. There is little or no promise of permanence and endurable belonging in any of this, and young women suffer the most for it. A recent alumna cited above writes:

The story is a common one at UVA. Beautiful, intelligent, accomplished young woman, like one of my sorority sisters whose one-night stand “partner” could not be bothered to pay for her taxi ride home the morning after, or a friend of a close family friend whom I saw passed out on the floor at a fraternity house at 2 am with nothing on but her underwear, or a housemate of mine who was dumped passed-out drunk on our front porch one Saturday night by a group of male students with no knock, no doorbell, just a resounding “thud.”

Let’s be clear: The unisex university of today is a very different animal from either the single-sex or coeducational schools that preceded it. Both of us were students at the University of Virginia at the beginning of the sexual revolution. We were here when it was an all-male institution. And with a deep sense of betrayal we have listened to some colleagues preposterously assert that the sexual anarchy and sexual violence to which our own students testify originated in the “primitive history” of our youth at the university, when boys were supposed to be gentlemen and the girls at the women’s schools ladies.

The truth is that never did we feel the ideal of being a Virginia gentleman licensed us to treat young women as inferiors with whom we could do whatever we pleased. Just the opposite. The ideal of a gentleman had the moral power to put the brakes on our most tawdry and aggressive male proclivities and to make us take pride in our manhood. Some of us took seriously one line of a poem titled “The Honor Men,” which we hung in our rooms. It said “pursue no woman to her tears.” A beautifully framed print of this poem hangs in Guroian’s university office, a gift from his students.