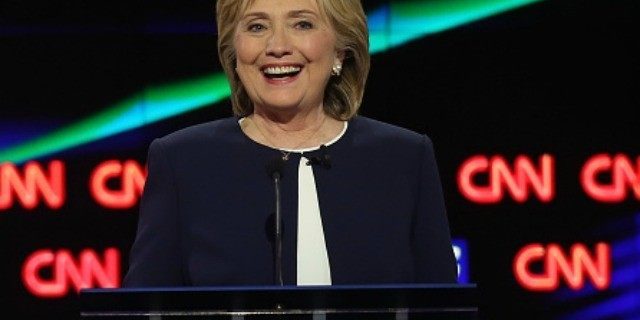 I noticed that a letter George H.W. Bush wrote to Bill Clinton as they exchanged the Oval Office is making the rounds again, with much oohing and ahhing over the “civility” and “decorum” that seems “part of a bygone age.” Perhaps this election is making me a bit thin-skinned or I feel a bit hot under the collar from the sheer size of this crackling bonfire of the hypocrisies, but media figures pining after a Republican they smeared as a racist during the 1992 campaign is just a bit nauseating.

Keep in mind, here, that Bush Sr. was labeled a racist (over the Willie Horton affair, which was about furloughs for violent criminals, not race) while running against an Arkansas outsider who was accused of so much sexually scummy—if not violent—behavior during the campaign that his staffers labeled the seemingly endless line of female accusers “bimbo eruptions.” And what happened then? Did the liberal establishment launch a full-scale moral panic, and declare that George H.W. Bush, for all his faults, was a good and decent man that must be supported by Democrats over the predatory Bill Clinton? That surely since there was so many women making these accusations, that some of the accusations must be true?

Ha. Of course they didn’t. And no matter how bad Bill’s behavior got, the liberal establishment backed him to the hilt. Republicans were just as bad, they insisted. He supports abortion, explained Gloria Steinem. The media—read former Newsweek journalist Michael Iskikoff’s Uncovering Clinton—actually spiked stories they considered to be damaging to Clinton with regularity. With only a few exceptions, the media dismissed Clinton’s lying, his accusers, and even his sexual dalliances with a White House intern twenty-seven years younger than himself, until the proof was on the dress.

Oh, and speaking of the “civility” that once was and the media longs to see again, it’s interesting that they only had, as an example, the letter left by Bush Sr. for Bill Clinton. Because when the Democrats passed the White House back off to Bush Jr. eight years later, they trashed it on their way out—the White House complex featured graffiti disparaging George Bush, glue on keyboards, profane messages on phones—fourteen thousand dollars’ damage, the General Accounting Office of Congress noted. And on top of all of that, Hillary Clinton looted the White House as she left, taking virtually everything that wasn’t nailed down. The Clintons ended up being forced to pay nearly 90,000 dollars for the things they had taken to the government and returning nearly 50,000 dollars’ worth of furniture.

Where was the nostalgia for the grace and decorum of George H.W. Bush then?

But now that the Republican Party has been reluctantly forced to accept the nomination of someone almost as bad as Bill, the media finds itself looking fondly back at other Republican candidates. George H. W. Bush was such a graceful personage. Bob Dole was a man of honor. George W. Bush—yes, even him!—has demonstrated his fundamental decency post-presidency, mainly by his refusal to bash the current White House occupant. Mitt Romney, once noted for being a cruel, bullying, dog-torturing, possibly sociopathic rich white guy, is now seen as a wonderful family man who was fundamentally good at heart. What happened to you, Republicans? the media asks solemnly.

Well actually, it went something like this. The media has spent the last two decades comparing every Republican nominee—most of them good and decent men—to Hitler and a flock of other tinpot fascists. They’ve been accused of being racist, and they’ve been called misogynist women-haters. All of them—the George Bushes, John McCain, Mitt Romney—were referred to as “dangerous” and “out-of-touch” and fundamentally “unfeeling” towards the plight of anyone who isn’t white. As the hapless Romney joked at the Al Smith dinner: “My job is to lay out a positive vision for the future of the country, and their job is to make sure no one else finds out about it.” So when Donald Trump showed up and the media began to shriek, everyone nodded and checked their watch. Yup, it was that time again.

When conservatives joke about the “Clinton News Network,” they’re not actually that far off. For example, here are just a few connections between the mainstream media and the Clintons:

In this world, there are Bill and Hillary, the Podesta brothers, Huma Abedin and Anthony Weiner, Christiane Amanpour and Jamie Rubin, Samantha Power and Cass Sunstein, Andrea Mitchell and Alan Greenspan, and on and on. Jorge Ramos goes after Trump; his daughter works for Hillary; and his boss at Univision badgers the Clinton campaign to stay lax on open borders — the lifeblood that nourishes his non-English-speaking money machine. George Stephanopoulos, who helped run the Clinton campaign and White House, and who as a debate moderator obsessed over Mitt Romney’s answers to abortion hypotheticals, is the disinterested ABC News chief anchor. CNN vice president Virginia Moseley is married to Hillary Clinton’s former deputy secretary at the State Department Tom Nides (now of Morgan Stanley) — suggesting “The Clinton News Network” is not really a right-wing joke. Former ABC News executive producer Ian Cameron is married to Susan Rice, a —  pre-Benghazi — regular on the Sunday talk shows.   CBS president David Rhodes is the sibling of aspiring novelist Ben Rhodes, Obama’s deputy national security adviser for “strategic communications and Speechwriting,” whatever that fictive title means. ABC News correspondent Claire Shipman married former White House press secretary Jay Carney (now senior vice president for “worldwide corporate affairs” at Amazon: not just “corporate affairs” or “worldwide affairs” but “worldwide corporate affairs”). And on and on.

Do things start to make a bit more sense now? The reason Donald Trump—a genuinely repugnant person—was for so long impervious to a lot of media criticism is simply because we’ve heard this all before, and we’ve heard it about every other Republican presidential candidate. Trump is a terrible person, true. But the fact is we’d be hearing the same panic-stricken shrieking from the media even if he wasn’t—the same people recalling Mitt Romney with nostalgia, after all, claimed that he wanted to bring back slavery and force women into the kitchen when he was running for office.

If the media wants some advice on how to bring back “civility,” I have a few suggestions. For example, stop chewing up good and decent people that don’t line up with your ideology and feeding them through your 24-hour shriek-a-thon. Stop calling everyone who doesn’t agree with you a racist, or a homophobe, or a transphobe, or a misogynist. And maybe, just maybe, consider the fact that you helped to create Donald Trump by giving him scores of hours of free airtime while ignoring serious and sincere candidates like Marco Rubio and Ted Cruz and yes, even Jeb Bush, a man who has made it into the media’s pantheon of post-political sympathies early.

You wanted this guy front and centre, because it was good for business. You only changed your mind when it turned out to be bad for politics—or more specifically, your politician. Trump fed the news cycle, the newsmen fed Trump to the people, the people voted for Trump, and then the media panicked when their scheduled first round of racism and misogyny accusations didn’t seem to work. So now they’re throwing everything they’ve got at him, determined to bring down the candidate they helped create.

I miss the dignity and decency of the Bushes and Mitt Romney, too. I just haven’t forgotten the slander they endured for the duration of their public lives at the hands of the very people who now purport to miss them.

Is the Sexual Revolution on the verge of collapse?
April 7, 2020

As society faces a real crisis, the threats and demands of trans activists are revealed to be ridiculous
April 7, 2020