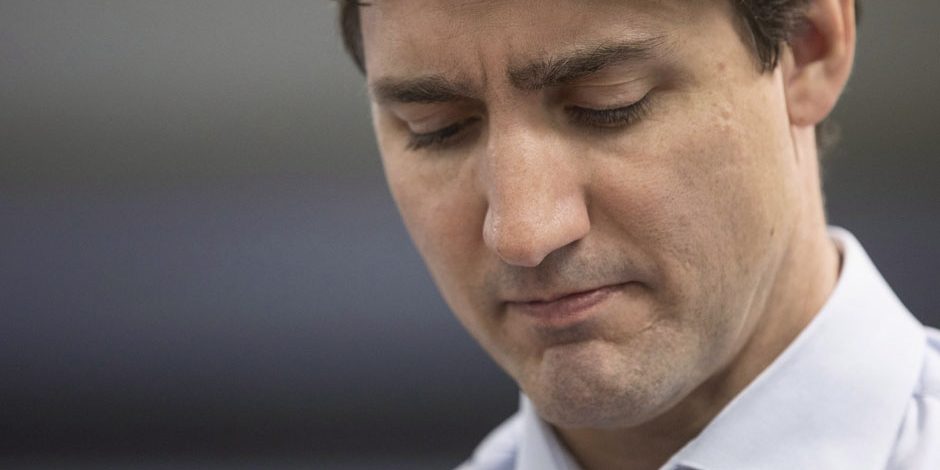 Trudeau and the abortion activists who triggered the whole Canada Summer Jobs “kerfuffle” may think that they’re out the woods, as the initial wave of condemnations from every quarter have slowed, and there is now just a steady trickle of stories detailing various churches, non-profits, and even municipalities which have been denied funding due to their refusal to indicate their support for Trudeau’s position on abortion. In the meantime, pro-life activists have been handed the extraordinary opportunity of connecting with dozens of groups that had before now kept silent on this issue but felt forced by Trudeau and his witless abortion activist friends, as well as defining abortion for the many Canadians who have been hearing an awful lot about the issue lately. Trudeau and Canada’s other abortion enthusiasts didn’t make a lot of friends over this new move of theirs, and they didn’t come out looking very good.

One astute commentator over at the CBC seems to realize this, publishing a column asking a pretty good question: “Why is the Trudeau government poking the anti-abortion bear?” In other words, why is it always the Liberals that seem to bring up abortion, giving pro-life activists the opportunity to respond? From Rosemary Westwood:

Since Prime Minister Justin Trudeau’s last move to affirm abortion rights in Canada — by inoculating the Canada Summer Jobs program against inadvertently funding anti-abortion or anti-LGTBQ activities and propaganda — the often quiet, and largely ignored corners of anti-abortion activism in the country have begun to rumble and demand our attention.

A Catholic bishop in London is boycotting the federal funding program, which gives groups money to hire students for summer jobs. A group of Christian leaders held a press conference and called the Liberal government’s new requirements “communistic.” A Toronto anti-abortion group filed a lawsuit claiming the new rules infringe upon the Charter rights to freedom of conscience and religion. And now there’s a petition in the House of Commons to undo the changes.

She points out, of course, that Justin Trudeau is unlikely to back down, which is true. But she also points out that the airtight worldviews of the abortion activists who pushed for this move may have prevented them from realizing—and I think this is certainly the case—that they were triggering a chain of events that could easily go in a very different direction:

And feminists, of course, should want a government willing to advocate for women’s reproductive health and access to abortion, but pushing abortion rights in ways that seem designed to infuriate Canadians who are against abortion — as the Summer Jobs grants scandal has done — is a dangerous way to try to progress women’s rights. In fact, it can end up having the opposite effect, to profound consequences.

Westwood then reviews the strength of the pro-life movement in the United States, pointing out that the pro-life priorities of anti-abortion judicial nominees and other legislative goals are a prime driver in elections, and have sunk the fortunes of more than one politician. That has not happened in Canada yet, she noted, but it would be stupid to pretend that it couldn’t happen:

Here is my point with that little U.S. history lesson: views on abortion are not destined to evolve in one particular way. And also: a relatively small group of fiercely determined activists can define an issue for an entire nation.

Clearly, Canadian politics have developed differently. But the idea that somehow access to abortion is settled in Canada is misguided.

I don’t doubt that many conservative voters in Canada could one day be galvanized along party lines by the abortion issue the way Americans have been — mostly because we’ve seen that political identity itself can be a more powerful motivator than even the policies or beliefs that it supposedly represents.

Which is precisely the case. Further to that, as I mentioned already, Trudeau himself has actually taken a big step towards galvanizing the pro-life movement by forcing so many groups to choose which side they’re on when many of them would have preferred to remain neutral. Trudeau, essentially, demanded that groups declare whether they were with him or against him on abortion—and I’m guessing he was pretty surprised when imams, rabbis, pastors, and Sikh leaders all stood up in unison and informed him that if he was going to be so pushy about it, they’d have to tell him that on this one, they were against him. The abortion movement’s greatest asset in Canada is apathy, and Trudeau did more to dispel it with this move than anything we’ve seen politically in a long time:

Meanwhile, anti-abortion activists are continuing to make headlines, demanding Christians get politically involved and calling for a change in the political landscape. The claim of “abortion absolutism” isn’t only being flung at Trudeau from anti-abortion groups, but from all corners of the country’s ranks of critics.

Trudeau is now been accused of shutting down a debate that we weren’t even having a month ago, and turned what might have been a minor matter on summer jobs funding into a national referendum on the government’s abortion dogma. That’s not progress on abortion access. It’s dangerous territory.

In his attempt to marginalize the pro-life movement, Justin Trudeau inadvertently triggered a national discussion on abortion, the Charter of Rights and Freedoms, whether pro-life legislation is possible, whether being pro-life can be a Canadian value, and what real diversity looks like. The pro-life movement welcomes this discussion—even though we can see the irony in being handed this golden opportunity by an abortion enthusiast like Justin Trudeau.