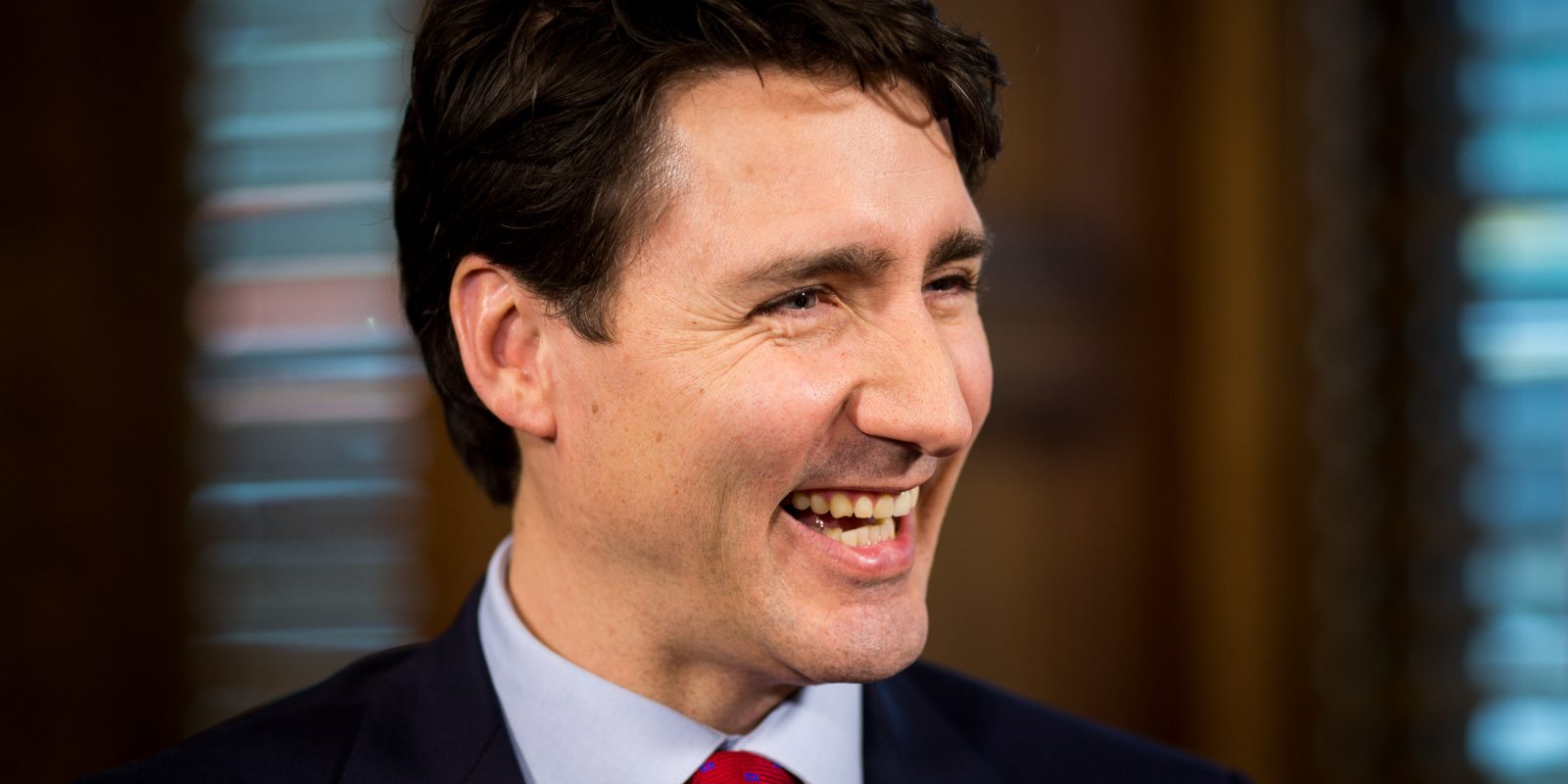 If you thought Justin Trudeau learned his lesson from the #peoplekind episode, or the fact that his “gender” budget didn’t budge his plummeting poll numbers, or the revelation that staggeringly low numbers of Canadians actually call themselves feminists, then you were wrong. The Liberal efforts to do away with all gender-specific terminology in order to ingratiate themselves with the tiny segment of the Canadian population that actually cares about this “issue” have continued apace—and this time, terminology like Mr., Mrs., and Ms–as well as mother and father– are on the chopping block. From the CBC:

Service Canada employees who interact with the public are being asked to stay away from terms like Mr., Mrs., father and mother, and to use gender-neutral terms in their place, CBC News has learned. According to documents obtained by Radio Canada, the French-language arm of CBC, front-line staff must now “use gender-neutral language or gender-inclusive language.”

“This avoids portraying a perceived bias toward a particular sex or gender,” says a copy of speaking notes prepared for managers and team leaders.

“It is important that Service Canada, as an organization, reflects Canada’s diverse population and ensures that the views and interests of Canadians are taken into account when we develop policies, programs, services and initiatives,” says the directive.

The new guidelines also rule out using terms such as mother and father because they are “gender specific” and say the neutral word “parent” should be used instead. The same goes for honorifics such as Mr., Mrs., and Ms., and in both languages. Instead, employees are being directed to address customers by their full names or ask them what they want to be called.

This is precisely the sort of nonsense that irritates a lot of people, many of whom aren’t even particularly conservative, but simply don’t like to be bothered with all of the virtue-signalling and political correctness. Even the Toronto Star’s Chantal Hebert noted that Trudeau’s latest move has been met with ridicule, noting that,”The immediate reaction was overwhelmingly derisive, including from people otherwise supportive of efforts to normalize gender diversity. Some program hosts took to calling each other “comrade.” The Quebec government quickly shot down the notion that it might follow the federal example.” Further, Hebert wrote, Trudeau’s insistence on blundering into these issues may be opening up “a new front in a culture war they may yet come to regret.”

One of the reasons Trudeau’s poll numbers are lower than Trump’s at the moment is because Canadians are beginning to find their prime minister embarrassing. But Trudeau seems to have made a calculation—consciously or not—that pandering incessantly to the Canadian hard Left will reap electoral benefits for him, perhaps by outflanking the NDP. (I’m sure Jagmeet Singh would love to be warbling on about gender neutrality at the moment.) After all, it is obvious which constituency is pleased by this new move:

According to an official — who asked to remain anonymous because they are not authorized to speak on the issue — the new directive is already in place and has led to some difficult situations for civil servants. “It happens that we talk to people and we ask, ‘What is the name of parent number one?’ People do not understand,” said the official.

Helen Kennedy, executive director of the LGBT rights group Egale Canada, said her group is “very pleased” to hear about the changes. She said people who don’t fit into “neat boxes” often have uncomfortable and negative experiences accessing government programs.

She also urged the government to provide staff with training on why it’s important to properly gender people. “Otherwise there will be a state of confusion,” she said.

Conservative MP and Treasury Board critic Gérard Deltell said there are more important issues for the government to concentrate on right now.

“Maybe one day this government will decide to cancel each and every Mother’s Day or a Father’s Day,” he said.

In addition to the changes in how staff interact with the public, the directive indicates that Service Canada is also in the process of amending some service forms, including the Social Insurance Number application form. Canadians are already able to identify as gender ‘X’ on their passports.

The new directive also includes a warning that agency employees will be observed to ensure they are following the protocols. “Going forward, the proper use of gender-neutral language will also be added to the observations in the In-Person Quality Monitoring Program,” the directive said.

So there you have it. Thousands of employees will have to abandon perfectly acceptable terminology in order to pander to a tiny community of people who believe that there are more than two genders, or that “non-binary”—people who say they are neither male nor female—is a thing. Not only that, but the government must cater to this ideology, essentially enshrining it into all our official documents and accepting beliefs that conflict with biological reality. Employees will be watched to make sure they don’t violate these new speech codes, which they shouldn’t, because there will be training on how to “gender people.”

Trudeau is attempting to use the government to remake Canada to the specifications of the far-left fringe. So far, Mr. Trudeau—if I can call him that—has made a lot of headway.