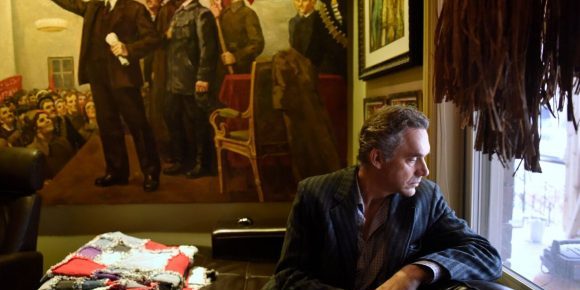 June 20, 2018 (LifeSiteNews) – In the wake of last week Friday’s devastating Supreme Court ruling on Trinity Western University’s proposed law school, in which all seven judges ruling against TWU admitted that they were about to violate TWU’s religious freedom but that this violation was of “minor significance” in the eyes of Canada’s highest court, many have been wondering: What do Christians in Canada do next? There are many answers to this question, of course–and one answer came recently from Canada’s most prominent public intellectual, Dr. Jordan B. Peterson.

Dr. Jordan Peterson does not claim to be an orthodox Christian himself—he has told interviewers that he is still working out what he believes on a variety of issues, including the Resurrection of Jesus Christ as a historical event, among others. But he firmly believes that our society will implode without the Judeo-Christian traditions and ethics it is built upon, and has gone so far as to say that he does not believe there is any such thing as a genuine atheist here in the West—Western skeptics, he says, are informed by Judeo-Christian ethics whether they recognize it or not. Unsurprisingly, he had much to say when Canadian political activist Faytene Grassechi asked him what “admonition” he had for Christians in the wake of the Trinity Western decision.

“Better stand up for yourselves, because your religious rights are very low on the rights totem pole at the moment,” Peterson warned, his voice deadly serious, “and that’s going to get worse, a lot worse, before it gets better. So if you think your religious freedom is worth having, you better be ready to defend it, and you better be ready to do that in an articulated way, because you’re not a priority—put it that way.”

Considering that these words come from a man who spent over a decade studying the development and implementation of totalitarianism—his Toronto home is filled with propagandistic Soviet paintings he picked up after the Wall came down—Peterson’s warning carries more weight than most.

When Grassechi asked him what practical things Christians could do to push back, Peterson barely hesitated. “It’s probably time to vote,” he noted. “It’s probably time to take an active role in the political world. I mean, our political institutions are quite functional compared to most political institutions. People don’t use them, and that’s generally because they work so well that you can ignore them. But I don’t think we’re at a point right now where you can avoid making the political personal, and that’s a sign that things are destabilized. If the traditional types are concerned about preserving what they have, and also having the right to continue to engage in their faith-based activities, then they better take a good, hard look at the people who are opposing that and decide what they’re going to do about it.”