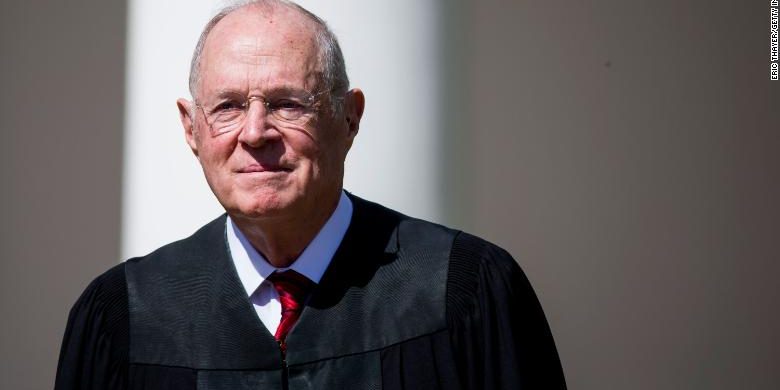 Justice Anthony Kennedy, the longstanding swing vote on the United States Supreme Court, has sent his resignation later to President Donald Trump. He was, as David French described, “the primary judicial guardian of abortion rights and was more responsible than any other justice for the relentless legal march of the sexual revolution.” His resignation—and replacement by Trump—is a catastrophe for the Left, who are already in hysterical panic mode, with Democrats insisting that the new justice not be confirmed until after the midterms. Senate majority leader Mitch McConnell has already dismissed this suggestion, stating that a new justice will be confirmed in the early fall.

It is obviously an understatement to note that this will make all previous political battles look like pleasant in comparison. The fight to confirm Kennedy’s replacement is going to make the Bork confirmation battle look like a minor skirmish. Nothing is more important to the Left than abortion, and for the first time in decades, it is genuinely possible that pro-lifers could achieve 5-4 majority on the Supreme Court. The Left is going to quite literally throw everything they have at this, from massive political pressure on any politician perceived as a weak link, to threats of violence, to bribery if they need to. The Left not only feels entitled to cultural victory, they cannot fathom a nation that does not grant it to them. If the tables were to turn, things will get ugly very quickly.

Shortly after the Kennedy announcement broke, Matt Walsh tweeted that, “The Left could quite possibly start a literal civil war if Roe goes away. And if that’s the case, so be it. Any price is worth paying to end this historic atrocity.” Most people instinctively read such statements as unhelpful hyperbole or bravado, but Chris Matthews on MSNBC was saying more or less the same thing, calling the upcoming confirmation fight the “battle of the century”—and then noting that things could soon resemble the Spanish Civil War. Dennis Prager has been stating that America is currently engaged in a civil war for some time now—the Left against the rest (he distinguishes the Left from liberals very carefully), and that the Left will not accept dissent or failure. Justice Anthony Kennedy was a strange figure orchestrating a strange balance, and as Michael Brendan Dougherty wrote in the National Review this year, “Supreme Court Justice Anthony Kennedy may be the one man preventing the United States from political breakdown.”

Because Kennedy—although he propped up Roe and conjured gay marriage into existence—had a handful of conservative instincts, Dougherty believes that his position as the swing vote dealing defeats to both sides (consider his vote on public sector unions earlier this week) placed him in a unique position. “I’ve started to worry,” Dougherty wrote, “that if the Court soon consolidates to the left or the right, partisans on the losing end of that bargain will swiftly lose faith in democracy itself.” And that, thinks Rod Dreher of The American Conservative, could “well be a catalyst for real violence.” David French warned that the political environment could grow dangerously toxic. The fact that violence is coming seems to be near-consensus among political watchers.

If that seems unrealistic, consider the fact that Twitter is filling up with messages like this one from Matthew Kovach, written by leftists who genuinely believe what they are writing: “Literally in tears. Haven’t felt this hopeless in a long time. With Justice Kennedy leaving, we now have two options as Americans: get fitted for your Nazi uniform or report directly to your death camp. How do you fight the darkness without the light? My spark is going out.” This is obviously unhinged and bizarre, but many on the Left now honestly believe that there is no difference between Samuel Alito and a Nazi. Now imagine if Mr. Kovach and thousands like him decide to turn their current despair into rage—and decide to fight like their grip on the country depends on it. If Kennedy was the center, the center is gone now—and the center cannot hold.

I’m hopeful that Roe could be overturned—the abortion activists certainly seem to believe it will happen. Mark Joseph Stern over at Slate.com penned a column titled “The End of Roe.” NARAL, Planned Parenthood, and every other abortion activist group in the country is warning that another Trump justice will mean that abortion is likely to become illegal in up to half the country. Pro-choice writer Robin Marty is positive that Roe will be overturned, and that 5 of the 4 justices will vote to discard it. I’m wary simply because Justice John Roberts—although his pro-life record is impeccable—proved to be a wildcard during the Obamacare vote (he may have actually written the dissent and the decision), and is a notorious respecter of precedent. In some perverse way, he may feel obliged to protect Roe to preserve the polity, corrupted as it is by the blood of pre-born children. We also do not know for certain how Gorsuch would vote as of yet, although all signs have been extremely encouraging.

None of this dampers my enthusiasm at this opportunity. Conservatives have what may be a once-in-a-generation opportunity to do enormous damage to abortion rights, protect religious freedom and freedom of speech, and slow the march of the Left. The reason the upcoming fight is going to be one of unprecedented savagery is because both sides are fighting for the future of the country, and neither can allow the other to win. The Left believes it is their right to dismember pre-born children in the womb, for any reason, right up until birth. Roe is their golden calf, and sixty million children have already died since it was erected. There can be no real compromise here. They will fight for this so-called right, and they will do anything that it takes.

It’s going to be a wild summer.