The pushback against legalized abortion in South America continues, this time in Chile. On Saturday, September 8, thousands of Chilean pro-lifers rallied outside the National Palace, sporting and waving the blue that has become a symbol of the pro-life movement across the continent. In July of 2017, the Senate of Chile approved legislation that legalized abortion in several circumstances, including sexual assault, or if the child is considered to be “nonviable.” Since then, a number of socialist and communist legislators have been pushing to legalize abortion further, and have tabled a law that would permit abortion on demand until the fourteenth week of pregnancy.

In response to this, the conservative President Sebastian Piñera, who took office in March, has worked to defend the right to life. Earlier this year, his administration announced that clinics could refuse to commit abortions if the healthcare workers had any conscientious objections, and in August he signed a bill into law that created a civil registry for pre-born children. Chile’s conservative party, the Independent Democratic Union, also announced that they would be presenting a reform to article 19 of the Chilean constitution to formally recognize that “the law protects the life of the person to be born, from the moment of conception until natural death.” The brawl over this latest abortion legislation promises to be a fierce one.

Saturday’s rally (which pro-lifers called the “first Grand Pañuelazo,” referring to the blue kerchiefs that were carried by the crowds) was organized by at least 28 different pro-life organizations, including Testimonies for Life, the Collective for the Two Lives (“Fighting for the Two Lives” was the rally’s featured slogan), and Always for Life. “This pañuelazo was aimed at demonstrating against the free abortion project that was presented at the Congress in August,” said spokeswoman Tania Cordova, “but above all, to speak out in favor of the two lives and demand public polices that support women and their children—education policies and prevention of vulnerable pregnancies, support for women in their pregnancy, and maternity support programs.”

Constanza Saavedra of Testimonials for Life concurred, stating that her organization had “welcomed more than 1,700 women who have lived vulnerable pregnancies for different reasons and who, for the most part, do not want to have an abortion. They need support to overcome the situation that is leading them to think that they have no other way out or that makes them see motherhood as an impediment to getting ahead. Today we ask for root solutions that empower women and allow them to get ahead with their children. Another pro-life leader, Javiera Crisóstomo, told the media that “respect and promotion of human rights is very important, both for the mother and the unborn child. We are convinced that abortion is not the solution, because it confronts the mother against her son, having to choose between one situation or the other. Our position is that we must take care of both of them.”

The rally attracted both young and old, with many families arriving to support the protection of pre-born children. In one powerful moment, an act called “the Voice of the Heart” was performed (video at the bottom of this post), with pregnant women standing in a line and amplifying the heartbeats of their pre-born children to the crowds with megaphones, the sound of life carrying far across the square. Chilean folk dances were performed, kerchiefs were waved, and at the end of the rally a petition that will be soon be delivered to the government was read, demanding laws that protect both mothers and their pre-born children. Abortion activists may be working hard to bring abortion on demand to Chile—but pro-lifers across the country are pushing back hard in defence of the defenceless. 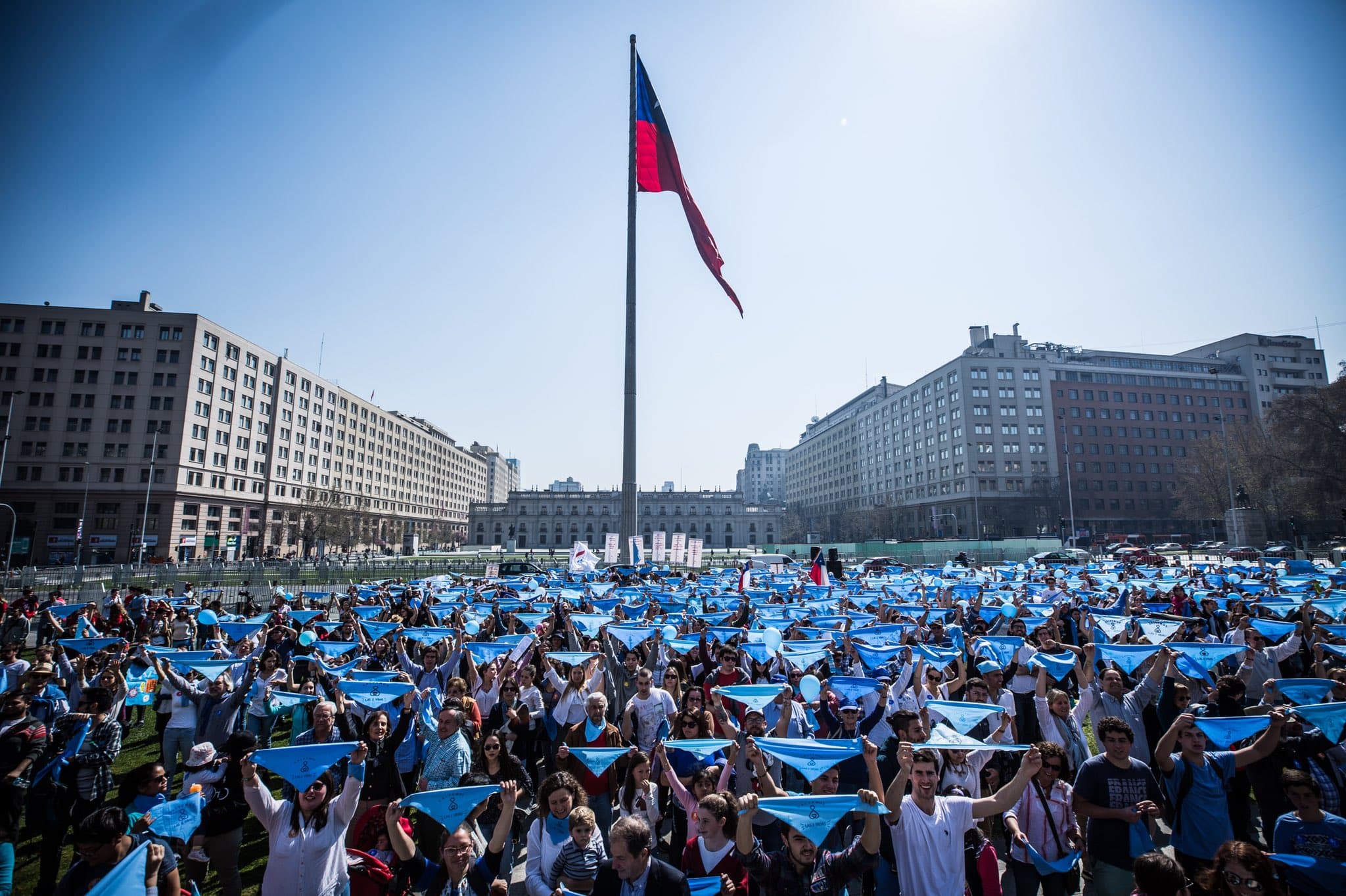 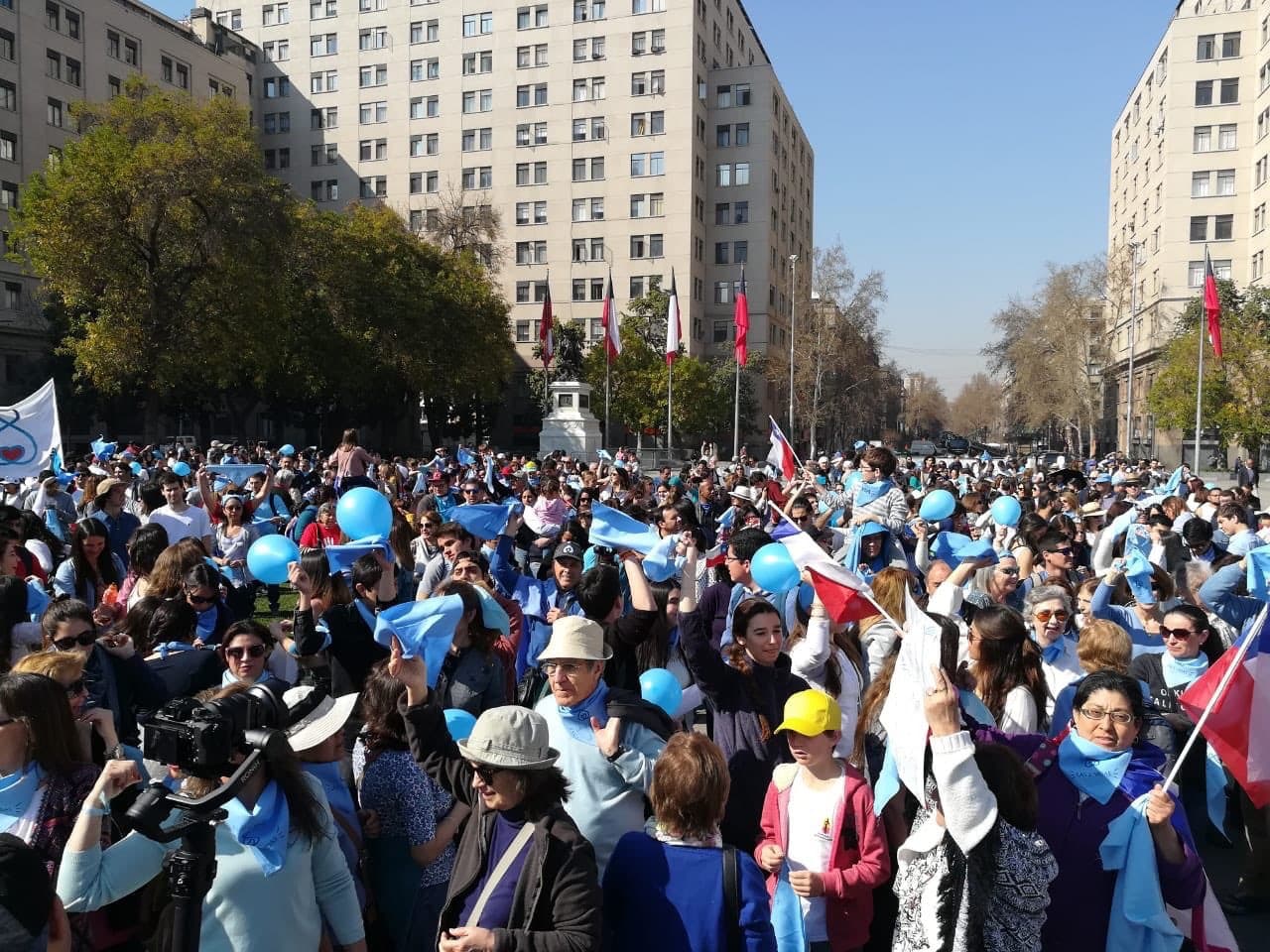 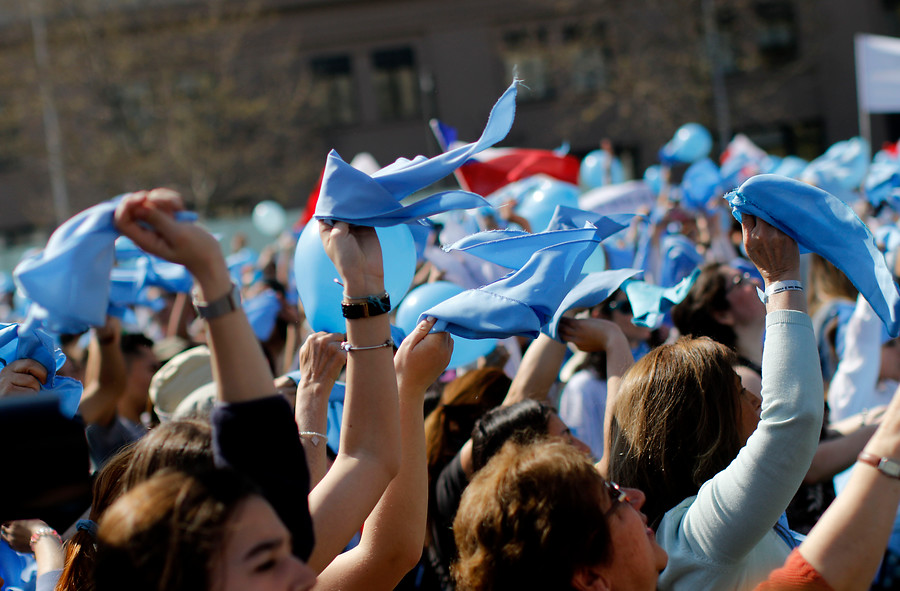 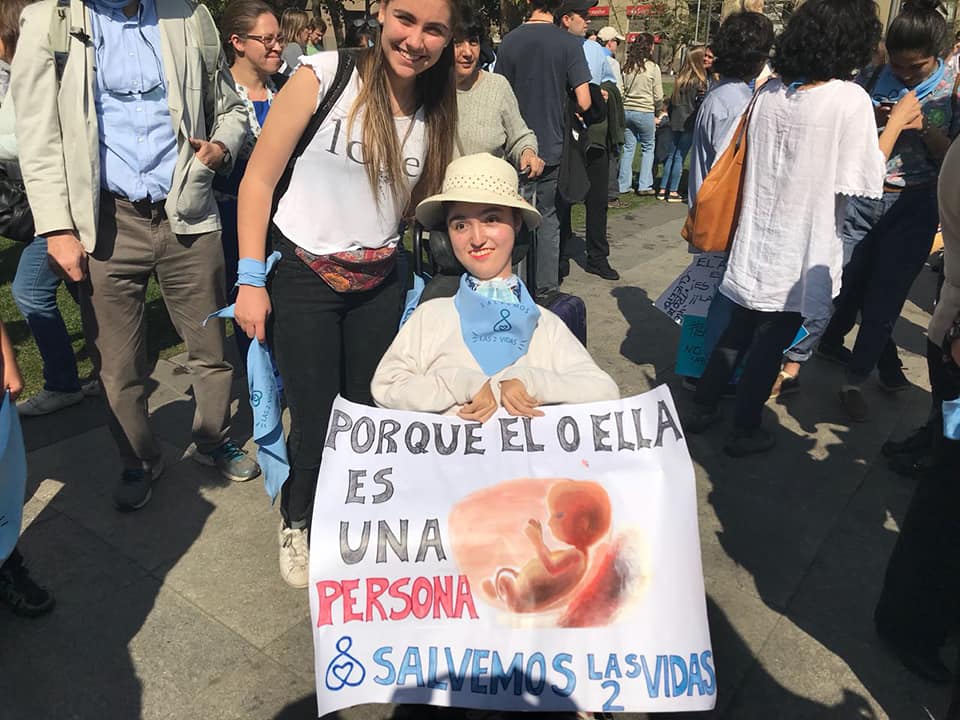 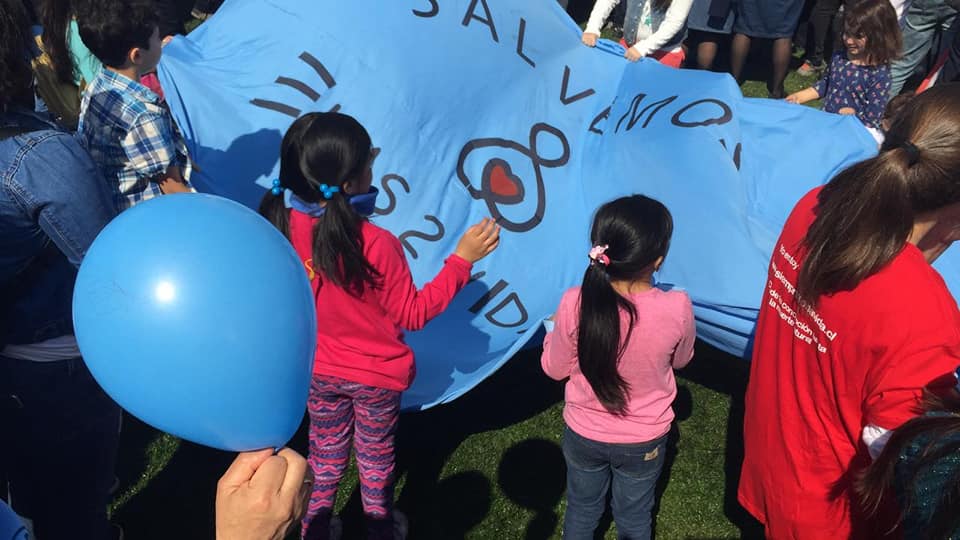 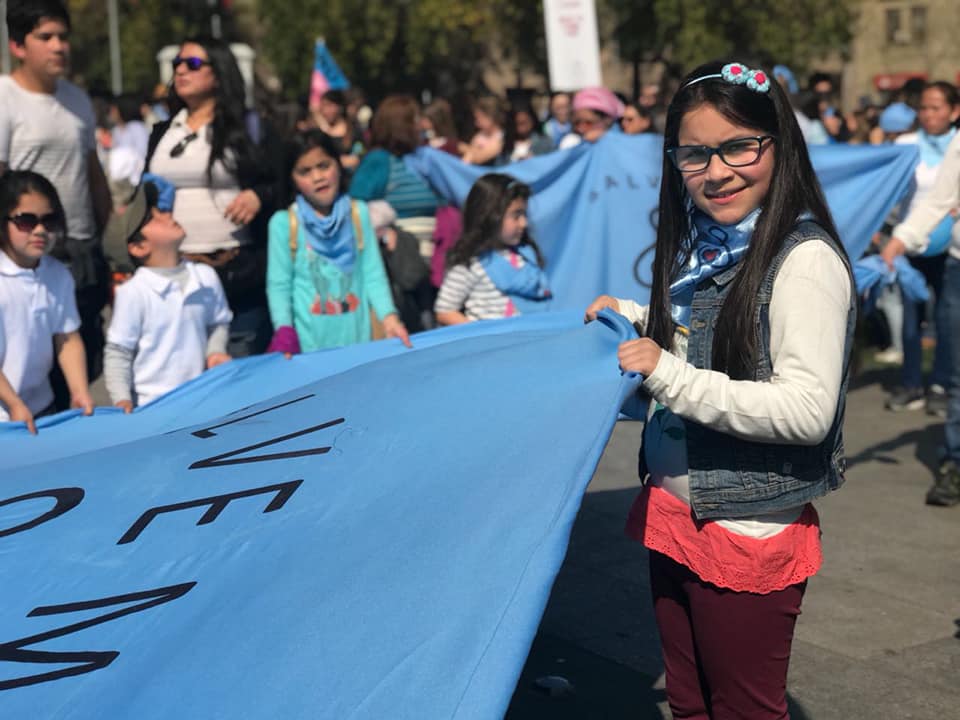 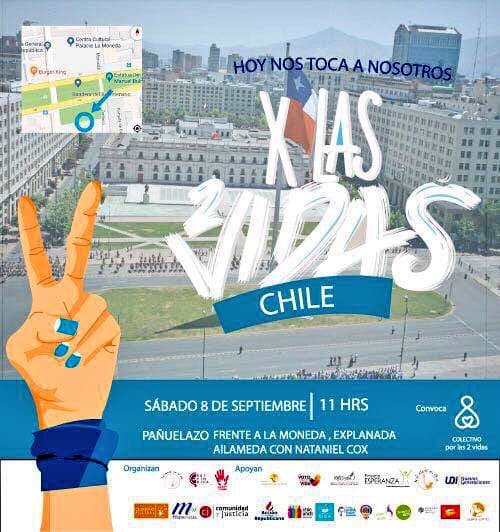 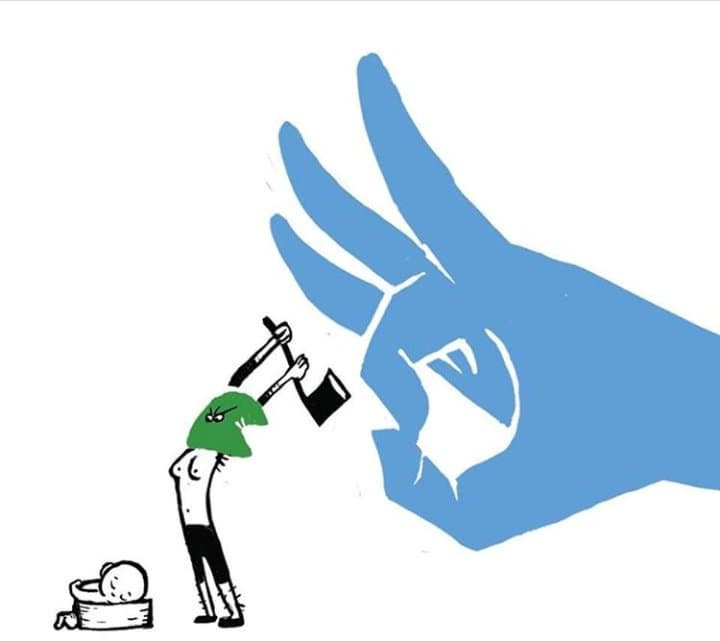