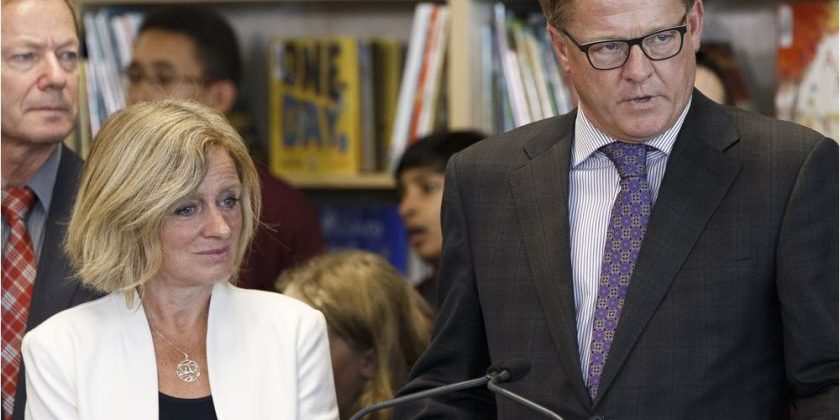 Alberta’s NDP government has made the next move against religious schools in the province—and this time, they’ve dropped any pretence that their ongoing attacks on religious schools are anything short of crass bigotry. At the end of August, Education Minister David Eggen announced that funding would be pulled from Christian schools that refused to accept Gay-Straight Alliance Clubs. Now, the Justice Centre for Constitutional Freedoms has released details of the changes that the government is demanding from Christian schools:

The Justice Centre for Constitutional Freedoms today released correspondence sent to independent schools by Curtis Clark, Alberta’s Deputy Minister of Education, threatening schools with defunding if they do not remove the following content from their “Safe and Caring” school policies:

Alberta Education states that failure to remove the above content from a school’s “Safe and Caring” policies “may result in funding implications … and the suspension or cancellation of accreditation.”

It was not until the week of September 4, 2018, that some schools finally received specific feedback about their policies from the Alberta Government, well after the start of the 2018-19 school year.

“By demanding that independent schools remove religious content from their safe-and-caring policies, David Eggen is attacking the welcoming, caring, respectful and safe learning environment that these schools have in place,” stated lawyer John Carpay, President of the Justice Centre.

The Justice Centre represents parents and dozens of schools in a constitutional challenge to the Bill 24 secrecy provisions, which require withholding information from parents about their own children as young as five years old.

The NDP attacks on schools began as a radical progressive government forcing LGBT ideology into communities that did not want it, and have now metastasized into a blunt declaration by the government that schools cannot govern themselves according to their Christian beliefs. “Diversity” must be respected, by which the NDP means that a diverse array of religious schools must accept progressive ideology and accede to their demands or face further attacks from the government. This is no longer simply about Gay Straight Alliance clubs—the NDP is telling Christian schools that they cannot teach Christian doctrine, cannot state their belief that the Bible is God’s Word, cannot respect the primary role of parents in the education process, and cannot state that the biblical worldview is true.

And, most tellingly, the NDP had a problem with one school noting that God’s authority superseded man’s authority—because they do not believe that to be true. They believe that they are the final authority on everything, which is why they demanded that a Christian school remove acknowledgement of God’s sovereignty from their mission statement. The battle lines have been openly drawn now: Alberta’s NDP government wants to drive any acknowledgement of Christianity as true from the province’s education system. On this, they will not succeed.