In Pakistan, millions of women are having abortions every single year 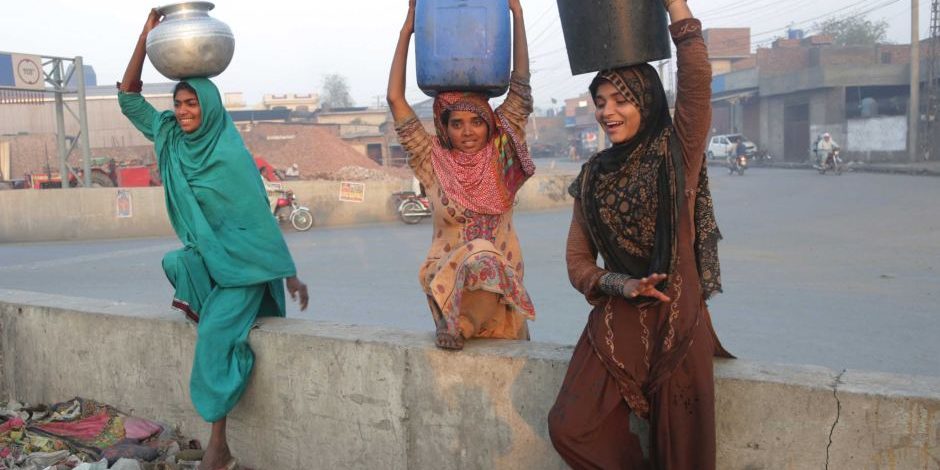 If I asked you to guess which country has one of the highest abortion rates in the world, you probably wouldn’t guess Pakistan, a largely-conservative Muslim country where abortion is legal in only a handful of circumstances (primarily danger to the mother’s health) and the vast majority of physicians refuse to do abortions because they believe it to be illegal. But according to a recent report from NPR, that is the case: Millions of Pakistani women have abortions every single year.

The numbers are staggering. According to a 2012 study by a non-profit dedicated to family planning based out of New York, the Population Council, the abortion rate in Pakistan for that year was 50 abortions per 1,000 women between the ages of 15 and 44, which constitutes a rate nearly four times higher than that of the U.S. This is despite the fact that even the doctors who know abortion is not illegal in all circumstances generally refuse to perform them due to their own religious and cultural beliefs, and will only participate in abortion in an emergency (such as an “incomplete abortion.”)

NPR cites the story of 19-year-old Mehnaz, who became pregnant after giving birth to four daughters (she was married at 13). She was terrified—her husband had threatened to throw her out into the street if she had another daughter, and so she “kept taking tablets…I lifted heavy things [like the furniture in the living room],” and drank concoctions of boiled dates, which many Pakistanis believe will induce labor. Once she began to feel “a terrible pain my stomach,” a midwife gave Mehnaz injections and the baby was born dead. Since that awful event eight years ago, Mehnaz has had two more abortions, both times because she was worried that she would give birth to a girl.

Just as in neighboring India, where abortion rates are also horribly high, many Pakistani women have abortions because they believe their child will be a daughter. Girls are often seen as an economic burden, and multiple daughters are generally unwanted. NPR, of course, insists that abortions are taking place due to family planning problems, with the UN reporting in 2017 that only 30% of fertile-aged Pakistani women are using contraceptives. Most women seeking abortions have more than three children already, and over 90% of them are married.

Abdul Ghaffar Khan, the director general of Pakistan’s population program wing, has stated that their family planning is “a bureaucratic mess.” In 2018, Pakistan’s Supreme Court ordered the government to look into this mess to determine why there is no coherent national policy. Any discussion about abortion is sure to bring conflict, as most people in the medical field still oppose it on moral grounds: NPR interviewed over a dozen midwives, and each said that they would only assist with abortions if the woman was already “miscarrying,” which is why some women, like Mehnaz, begin their own abortions before seeking help. “I don’t help with murder,” one 60-year-old midwife in Karachi told NPR bluntly.

Unsurprisingly, women driven by desperation to induce abortions—especially of little girls—often suffer complications, including bleeding and infections. The problem is more often the husband than the children: Mehnaz’s husband has threatened to abandon her if she has another girl, but also refuses sterilization or abstinence from sex. She feels “stuck,” because if her husband abandons her, she will have no way of supporting herself and their other daughters. Mehnaz’s problem is not her daughters. It is her husband.

As in so many other countries—China, India, and Armenia, to name a few—it is misogynist attitudes that are the root problem, not lack of access to abortion as the family planning fanatics would have us believe. Mehnaz, for example, did not seek out abortions because she did not want another daughter, but because her husband threatened to abandon them if she had another daughter, leaving her in a desperate situation. Contraception and abortion will not fix the views of men like Mehnaz’s husband, and thus they will not address the cultural problem that needs to be corrected.

In fact, as India, China, Armenia, and elsewhere indicate, allowing the widespread destruction of baby girls by abortion will simply create new demographic crises with new sets of social difficulties all their own. Responding to discrimination against little girls by allowing people to eliminate baby girls is not the answer, and it is shameful that so many so-called feminists will not say so.