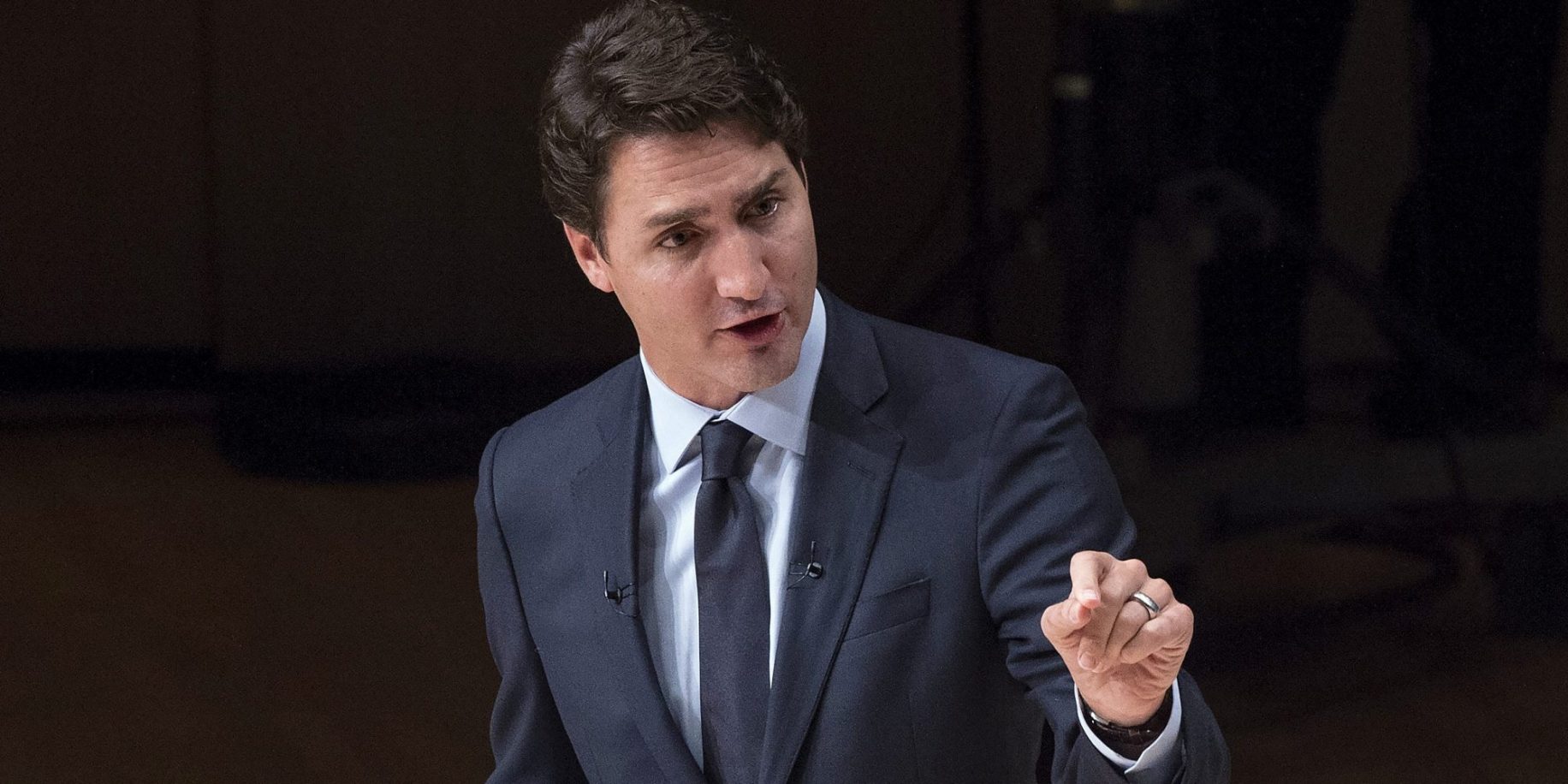 Justin Trudeau, who presides over the only democracy in the Western world with no abortion restrictions whatsoever, decided to utilize this bully pulpit of fetal corpses  to rebuke certain American states for recognizing what science and embryology already tell us: That the baby developing in the womb of his or her mother is a human being. In a move sure to endear him to his American allies, he chose to do this from Paris. From CTV:

“We’re deeply disappointed by the backsliding we’re seeing on women’s rights, particularly in some of the United States,” Trudeau said during a press conference with reporters from Paris, France on Thursday morning.

He continued, adding while speaking in French that: “We will continue to be a strong voice in defence of everyone’s rights and particularly those rights, and there’s still a great deal of work to be done in this area.”

Global News also received an early copy of the fundraising email going out to Liberal supporters on Thursday, which names 12 Conservatives who attended an anti-abortion rally on Parliament Hill last week and warns they will push to “reopen that debate.”

“Women’s rights are human rights, and we need to send a message that no one  — including Andrew Scheer or any member of his caucus — has the authority to dictate to women what they can and cannot do with their bodies.”

The Liberals are also using the matter as a way to try to sign up new supporters worried about protecting the right to choose.

Justin Trudeau is the most extremist leader on abortion in the Western world and loses no opportunity to stump on the subject, and so it is no surprise that he saw fit to comment on Alabama. What happens in America does often bleed into the public consciousness of Canadians, and over at Maclean’s Anne Kingston is warning that pro-life laws could soon come to the Great White North. I’m not as optimistic as they are (and I suspect the Liberals want to beat this drum in order to give disgruntled pro-choice voters a reason to show up at the polls this fall), but the Global News report on the subject is certainly accurate:

[W]hile the anti-abortion movement in Canada is not nearly as powerful as south of the border, such groups have played an increasingly prominent role in organizing around politicians who they feel will support their calls to roll back protections for abortion here.

CityNews also noted recently that the pro-life movement is growing, and Chatelaine Magazine published a report with the headline: “Why Are So Many Gen Zers Joining Canada’s Anti-Abortion Movement?” The Abortion Rights Coalition of Canada has responded crankily by insisting that the pro-life movement probably isn’t growing, despite the fact that ARCC’s executive director Joyce Arthur admitted that it was both growing and increasingly young to several major Canadian newspapers just a few years ago.

Justin Trudeau has done a great job of attracting attention to the fact that Canada has no abortion laws, and as a result many Canadians have expressed their revulsion with this status quo—the “kerfuffle” over the abortion attestation he attempted to insert into the Canada Summer Jobs Program illustrated that. And even the Canadian media has been forced to recognize over the past several years that there is a generation of motivated pro-lifers in Canada who do not see pro-life laws as “backsliding,” but rather as Canada joining the international community in instituting protection for pre-born human beings in the womb.